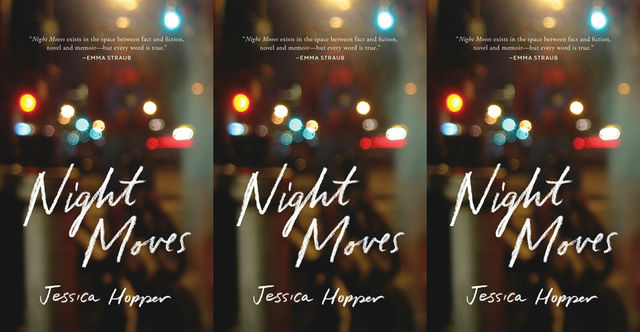 In her latest book, music critic Jessica Hopper creates a loving portrait of early-2000s Chicago through vignettes that capture the city in all its gritty, weird glory. Centered loosely around the Wicker Park neighborhood, Hopper offers brief but vivid glimpses into her early years in a city she considers home. The book reads as part memoir and part history of a changing city without becoming bogged down in overwrought nostalgia. It’s possible to find the arc of Hopper’s career in this book, but her writing is secondary to biking, going to shows, and hanging out with her friends.

There’s no real plot to the book, which jumps around between 2004 and 2008, but that doesn’t distract from Hopper’s moving tribute. In the introduction, she notes that she and her friends were “unwitting participants” in the gentrification that has reconfigured large parts of Chicago over the last couple of decades. But this version of Chicago—defined in large part by rock clubs, friendships, and the freedom to engage in activities like dancing around the Museum of Contemporary Art—will be instantly familiar to any out-there 20-something who has called the city home. (5/5)

Phoebe Robinson Is Your Smartest, Funniest Friend With "Everything's Trash, But It's Okay"