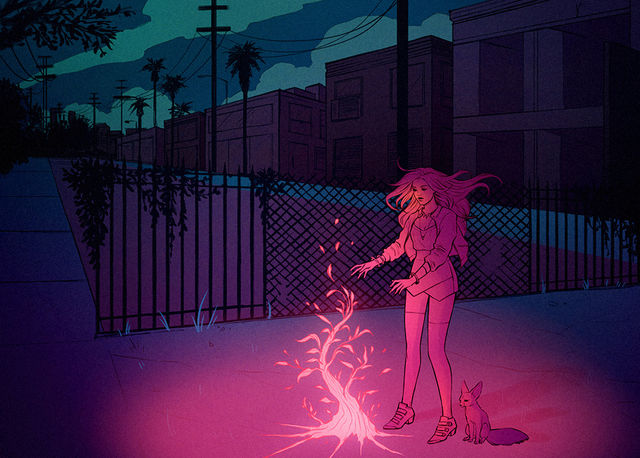 Two sisters: one remembers magic, the other doesn't, and neither is supposed to know that magic even exists. This comic may sound like something from the Harry Potter series, but it is a lot sexier and way more colorful, featuring Latinx women, Los Angeles, beautiful people, and a hint of CW-esque drama. This is Sam Humphries' and Jen Bartel’s newest work, Blackbird.

Our two sisters are named Marisa and Nina Rodriguez. Nina, the younger sister, has a feeling something terrible is going to happen—and then it does. She witnesses a magical event (no spoilers), but she's the only one to remember it. Soon after, a non-magical tragedy strikes Marisa and Nina's family, and Marisa and Nina are left to look after each other. Everybody else forgets the magic, but Nina never does. She struggles with trying to fit in a world where she feels she doesn’t belong, and longs for the magic she once encountered. It’s a story that resonates with anybody who is an outsider. It is also a book where brown girls will see themselve—not as secondary characters, but on the cover, as the heroines. 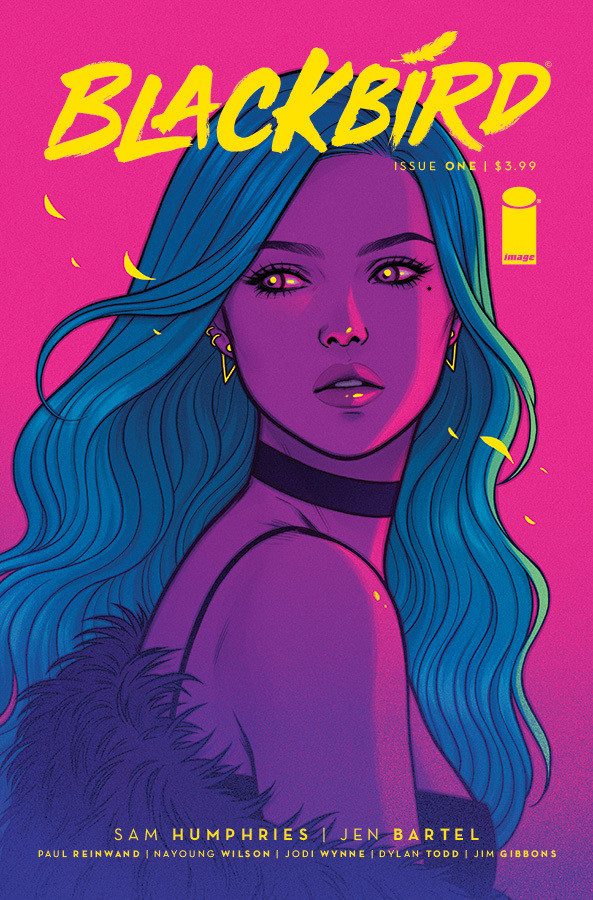 Issue #1 reveals Nina and Marisa are mixed race Latinx women, but what that mix is—whether they're part-different human race or part-magical—is yet to be revealed. “I was very insistent from the get-go that I wanted Nina to be mixed race,” Bartel tells BUST. “I myself am mixed race, so I really wanted to pull in elements from multiple cultures and tell the story of having one foot in each world, and not necessarily fully belonging or being accepted by either side. I think that’s something that a lot of mixed-race people grow up feeling, and I myself went through.”

This conflict of being caught between two worlds is central to the story's identity. Bartel says that Blackbird is very much a story that will resonate with anybody, but it will especially resonate with immigrants. Being an outsider, living in a country where you are told you don’t belong—it is a struggle that is portrayed brilliantly through the world-building and the conflict that Nina faces. 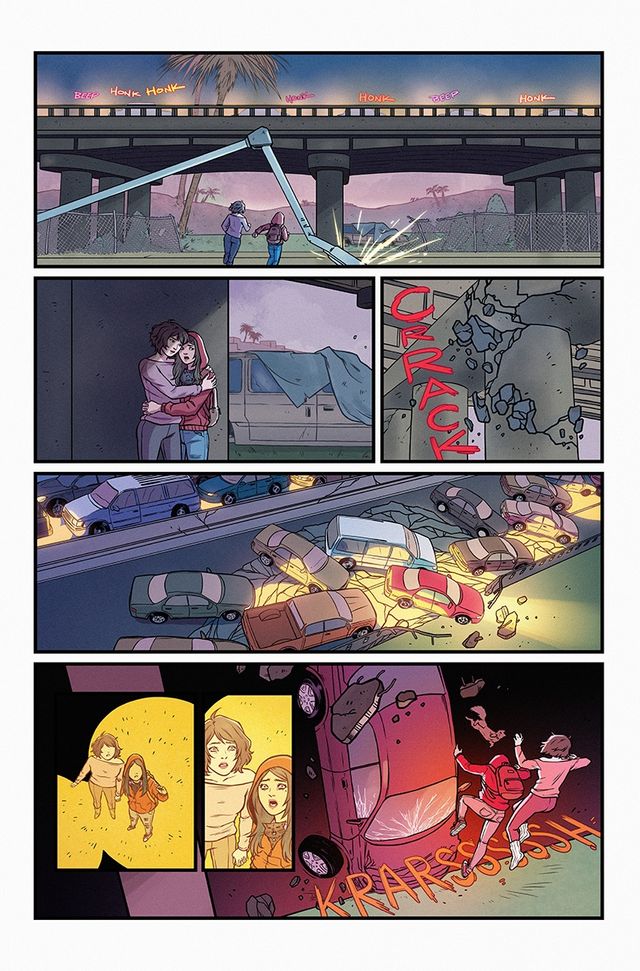 Bartel says the creation of Blackbird is a joint effort between writer Sam Humphries and herself. When Humphries first approached Bartel in 2016, he asked her what she wanted to draw. “At that point, there wasn’t a specific idea or story or anything like that. Once I agreed, that is when we started building the story together. We’ve been co-creators on this since the beginning, and we really took our time with it,” Bartel says.

Blackbird is Bartel’s first major comic series. She previously worked on the webcomic Crystal Fighters—recently released by Dark Horse—and she is primarily a cover artist. Before her work on Blackbird, she gained an online following because of that work. She has drawn many of our favorite characters in the new, imaginative, and beautiful ways. She has a signature aesthetic, and Blackbird is brimming with that aesthetic. The neon lights and pretty people of Los Angeles draw the reader in, but the art showing Nina and Marisa also brings out the sisters' personalities, flaws, and beauty. 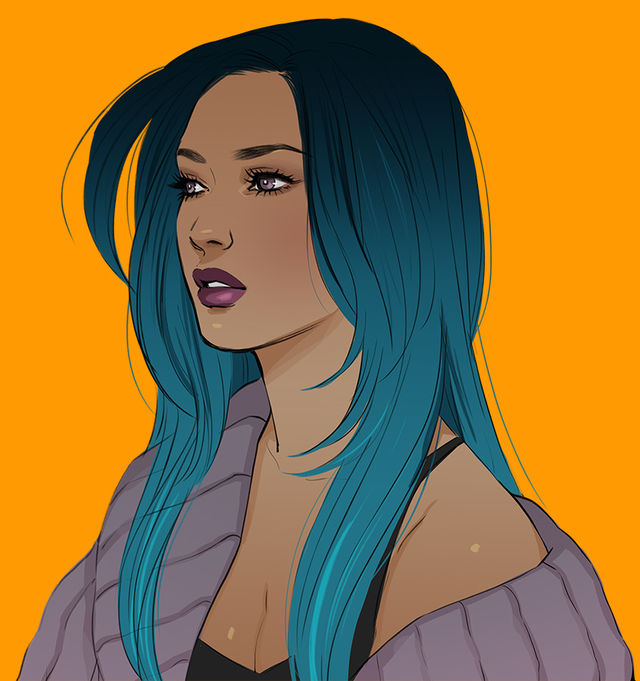 Bartel says what was most important was making the book accessible to everybody. She was pulled back into comics after reading Image Comics' Saga series. “It has to be simple and fun. I want to find people who have been maybe a little unsure of comics, maybe are kind of interested, but they’ve never set foot in a comic shop. I wanted people like that to fully understand it and get into comics.”

The idea of setting the story in L.A. came from Humphries. This idea was originally for utilitarian reasons: Humphries is based in L.A., and Bartel was born there. But the more they planned and developed the story, “L.A. really started to become one of the characters of the story, and we’ll see that as we go into the other issues,” Bartel says. L.A.'s presence was also reflected in the art. “We wanted to capture a lot of the existing aesthetic that is Los Angeles. There is obviously lots of neon lighting, and you know L.A. has this perpetual haze over the city. It kind of soft-spotlights everyone. It’s probably killing everyone, but also, it’s gorgeous,” Bartel says, laughing. 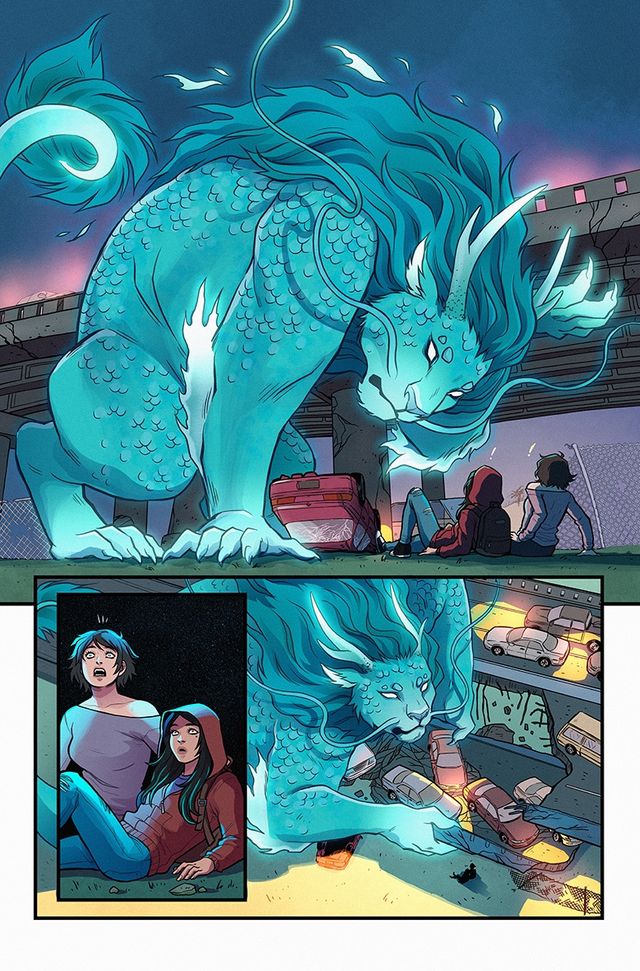 In addition to the aesthetic, setting the story in the City of Angels allows both Bartel and Humphries to tap into the city’s rich history, mythology, and diversity. It was important to Bartel and Humphries to stay true to what the city is like, and who lives there. Bartel explains, “L.A. being an immigrant city and having a huge diverse range of people and cultures plays such a major role in Blackbird, because so much of the magic world was made during the foundation of the city.”

Bartel also drew inspiration from different cultural mythologies for her artwork. She says, “I wanted to pull from cultural elements that I grew up with. I wanted to include some Asian mythology. In Korea, there are these things called haetae, which are basically Chinese lion dogs; you’ll find them both in Korean culture and Chinese culture. They are these mythological creatures that are supposed to be these protectors. A lot of the magic world designs you’ll see later on throughout the series pull inspiration from different cultures.”

This beautiful mix of mythologies and history played into the accessibility of story from many different angles. First and foremost, it was important to both Bartel and Humpheries to have the sisters be Latinx. Bartel also wanted to make sure there was representation of different body types and races throughout the book; she wants all readers to see themselves and identify themselves in this story. 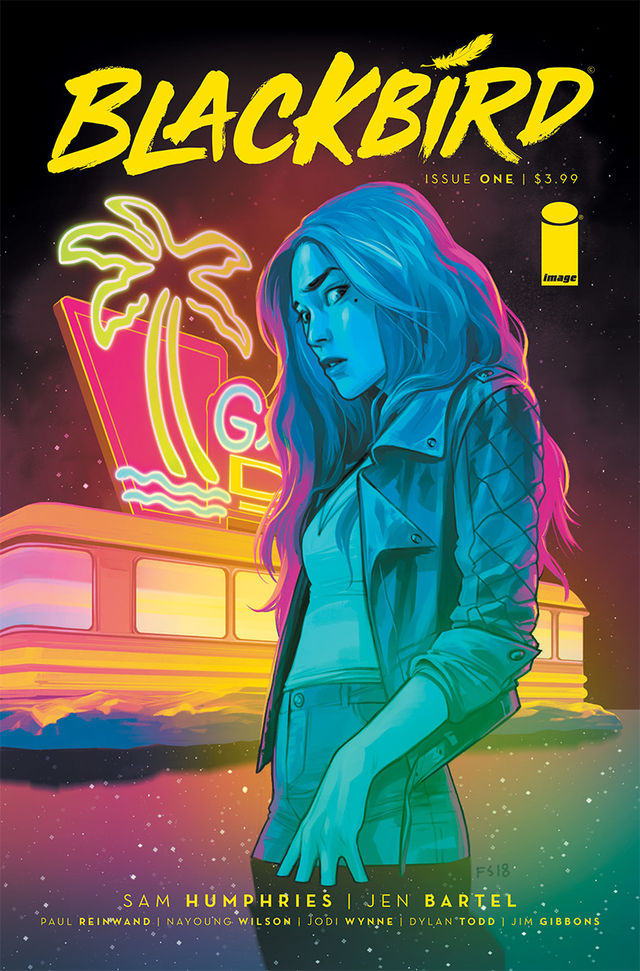 “I recall growing up, I got tan skin, brown hair, and dark eyes, and it was exceedingly rare to see characters in comics on a TV or in movies who looked like me,” Bartell says. "It’s just so important. As much as I love Sailor Moon and She-Ra, and as much as I love these badass remakes of characters from the '90s, it’s so important that the default stop being blonde hair, blue eyes."

She adds, "From the standpoint of any person who is marginalized, there is a range of people who historically have only had a limited few types of characters to identify with. The pool of characters available, particularly to young girls and women, historically has been very limited. I think that as women of color, we’ve grown accustomed to just being able to flex our imagination. We’ve been able to say, 'I’m just going to try to put myself in her shoes and imagine what it would be like.' But nowadays, there are more options for people like us. My hope is that Blackbird can be able to do some of that.”

Blackbird #1 is out October 3.