Our August/September 2018 book reviews are now online! Check out our picks for end-of-summer reads, including new books by Zora Neale Hurston, Caitlin Moran, and Virginie Despentes, plus an anthology edited by Roxane Gay. Don’t forget to subscribe here! 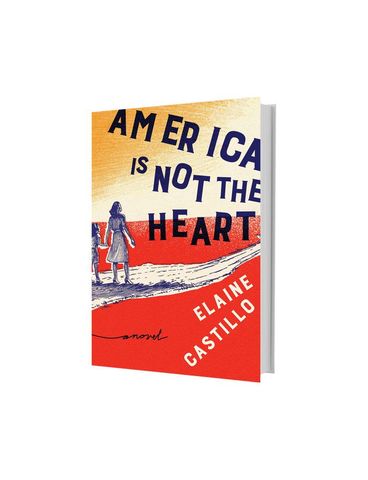 In her debut novel, Elaine Castillo introduces readers to Gerónima “Hero” de Vera, a woman who once traded her privileged upbringing for a communist guerrilla group in the Philippines. At the book’s onset, though, Hero has just moved onto her third life: she emigrates to the suburbs of San Francisco to live with her uncle Pol and his wife Paz, and watch over their feisty daughter Roni, who shares Hero’s given name and tough, somewhat guarded demeanor. Along with Pol, Paz, and Roni, we meet faith healer Adela and her daughter Rosalyn, an alluring makeup artist and Hero’s new friend-turned-love interest. Aided by this strong ensemble of characters, Hero finds herself opening up and confronting her past, growing and forming relationships with the immigrant community of Milpitas, and even falling in love.

Part love story, part multigenerational family tale, and part exploration of intersecting identities in the late-20th-century Bay Area, America is Not the Heart is certainly not the first family saga to suggest that home is more than a place. The book’s dynamic characters and beautiful, nuanced relationships, though, give the adage weight. 4/5 –Lydia Wang 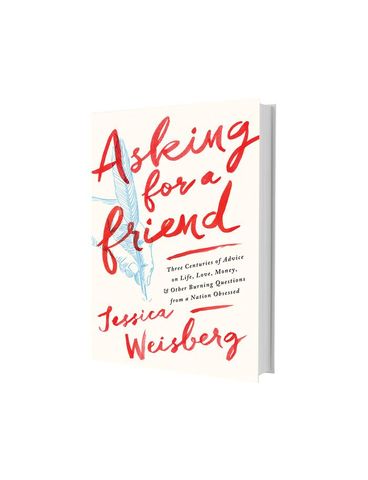 Asking For A Friend: Three Centuries of Advice on Life, Love, Money, and Other Burning Questions from a Nation Obsessed
By Jessica Weisberg
(Nation Books, April 3, 2018)

The advice-giving business is booming—Americans spend 11 billion dollars a year on self-help books—but how did it all start? With Asking for a Friend, Jessica Weisberg attempts to figure that out by looking back at the “not particularly credible people issuing mandates that millions of Americans followed.” With a comforting sense of humor, Weisberg (who admits to following “Dear Sugar”) explains that the self-help industry is stoked by Americans’ eternal optimism. They trust that there is a solution out there for everything—they just have to find the right person at the right time to give it to them. It’s why people followed the tough but sympathetic advice of Dorothy Dix in the 1900s and why so many bought Dale Carnegie’s How To Win Friends and Influence People in the ’30s to help them get ahead in business when it wasn’t booming. It’s also why so many read “Dear Abby” or “Ann Landers,” the feuding real-life sisters whose advice changed with the times, helping shape social norms. This book might not stop you from seeking guidance from strangers, but Weisberg will help you better understand why you crave someone else’s opinion to begin with. 4/5 –Shannon Carlin 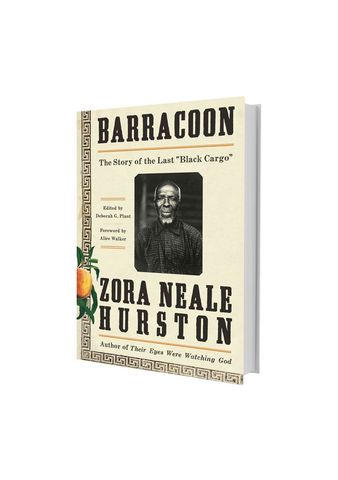 In this never-before published non-fiction work by groundbreaking author Zora Neale Hurston, she traces the personal history of Cudjo Lewis (birth name Oluale Kossola), a man who was illegally brought to the U.S. as a slave 50 years after the Atlantic slave trade was outlawed, and who she personally interviewed in 1927 when he was 86. As a trained anthropologist and skilled novelist, Hurston could have taken Kossola’s stories and woven them into a heart wrenching work of fiction. But Hurston the folklorist knew that what makes a historical work salient through time is to stay faithful to the source; to revise or redact would be to lose the gravity of the story.

Kossola spent his first 19 years in Africa until his village was attacked. The survivors were captured and sold into slavery in 1860. Kossola describes the events of his life before, during, and after being enslaved. After suffering the loss of his country, his language, and his family, he still finds great joy in the fact that someone came to speak to him about his life. Hurston reminds us that the effects of slavery are infinite. But joy, even if fleeting, is possible. 5/5 –Byshera Williams 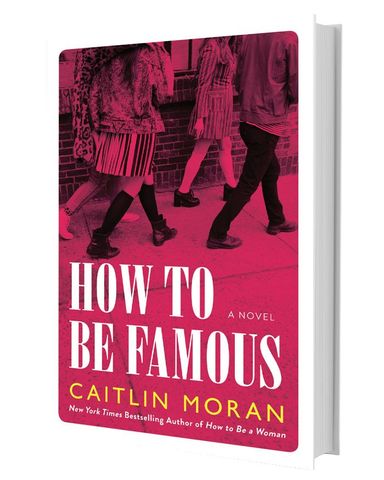 In her follow-up to 2014’s How to Build a Girl, novelist and feminist essayist Caitlin Moran’s heroine Dolly Wilde has to contend with fame, both her own and that of the man she loves. Dolly isn’t in a great place when the book opens; after leaving the suburbs for London and landing a job as a music journalist, she’s found herself disillusioned with lad mag culture and is looking for her next step. She’s also madly in love with John Kite, a musician who recently skyrocketed to fame with a hit album. While he’s on tour, Dolly tries writing for a prestigious magazine, setting her on a path to celebrity in her own right.

While How to Build a Girl was a funny and touching portrait of an adolescent girl trying to find her way, How to be Famous doesn’t allow that girl to grow. The prose and dialogue feel wooden, and the moments that could have emotional resonance—like when Dolly’s new wealth puts her in a position to help her younger siblings—feel hollow. There are some interesting observations about young adulthood, and as always, Moran’s style is compulsively readable. But this novel will leave fans wishing for more. 3/5 –Bridey Heing 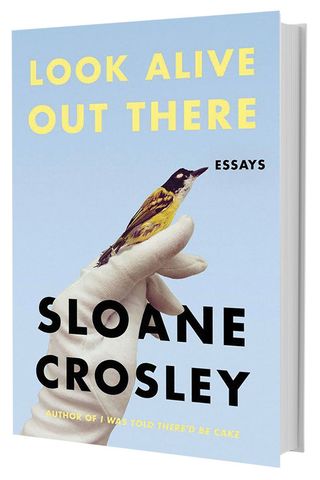 In Sloane Crosley’s third collection of essays, Look Alive Out There, she vacillates between the sarcastic and the sentimental. One memorable selection includes a retelling of her surreal guest appearance as a celebrity author on Gossip Girl, where she finds herself smack in the middle of the juxtaposition between real life and TV. What she expects to have happen (full makeup, wardrobe, catering, and fast on-set friends), turns into a request for her to put on Spanx, asking a cameraman for a mint, and a friendly greeting that turned out to be just acting. On the opposite end of the narrative spectrum is an essay about being diagnosed with Meniere’s, a disease that causes extreme dizzy spells and eventual hearing loss. The cure is absurd, but without it, Crosley might not be able to go back to her life before the diagnosis. She does not lose her droll edge, but the essay is proof that her craft is evolving. Crosley is often compared to David Sedaris and rightly so. Like Sedaris, she finds the humanity in the humor while not taking herself too seriously. The end result is a delight. 4/5 –Rebekah Miel 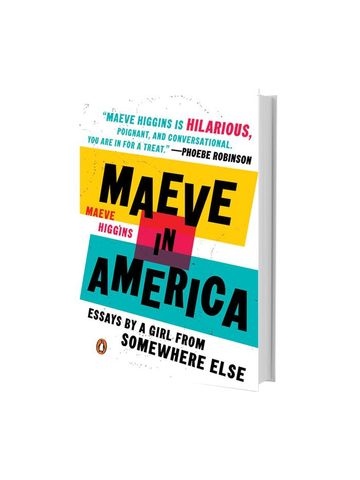 In Maeve in America, author and comedian Maeve Higgins takes readers through her immigration story as a newly hyphenated Irish-American woman. She moves to New York and, one essay at a time, discovers the city’s oddities and beauties, as well as her own. Though the book as a whole is upbeat and funny, Higgins is open about battling depression, feeling like a toad, and the odd mix of emotions she experienced visiting her old hometown. She also explores the unique hell that is summer in New York City.

Throughout her narrative, she sprinkles in her own attempts at Goop-style life advice and some jokes that would have gotten a bigger laugh in person. All in all, the chapters are short and spunky, giving readers glimpses into Higgins’ life and inner monologues—like a collection of Snapchat Stories that you can keep forever. 3/5 –Brianne Kane 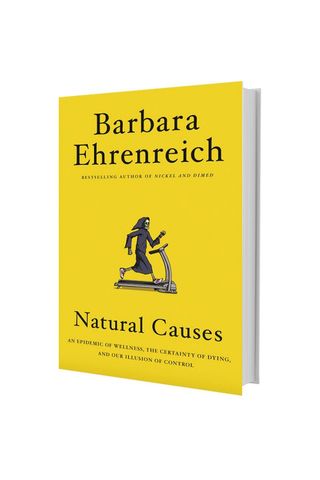 Natural Causes: An Epidemic of Wellness, the Certainty of Dying, and Killing Ourselves to Live Longer
By Barbara Ehrenreich
(Twelve, April 10, 2018)

This book is about the futile impulse to cure mortality. Author Barbara Ehrenreich explores wellness, fitness, preventative health, immunology, and the impulse to give oneself over to that which neither kills you nor makes you stronger. With her finely-tuned acerbic style, Ehrenreich weaves her own personal skepticism in with quotes from literature and case studies large and small; the writer is in her mid-70s, and with cancer diagnoses, multiple gym memberships, and invasive tests in her past that proved nothing at all, she says explicitly and with footnotes that she is “old enough to die.”

Despite this willingness—or perhaps because of it—there is buoyancy within this fairly grim topic. In one particularly glimmering bit, Ehrenreich enumerates causes of early death for several “experts” whose lifestyles were meant to delay the inevitable. (For example, one author of a book about living over 80 died at 58.) Deft and bright, these moments are less macabre than unblinking. One of the greatest thrills of these pages is the ease with which Ehrenreich breaks down concepts as complicated as literal molecular physiology at a cellular level, with accessible language and a smirk. 4/5 –Christine Fema 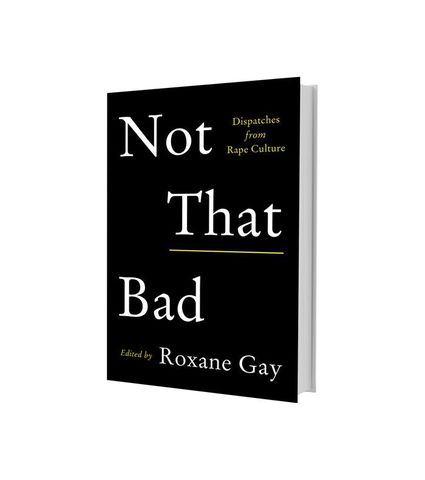 Not That Bad: Dispatches from Rape Culture
Edited by Roxane Gay
(Harper Perennial, May 1, 2018)

With the public outcry against predator Harvey Weinstein and the rise of the #MeToo movement, our society finally seems to be shifting towards one that believes rape victims and realizes how endemic this problem is. With this welcome sea change, the publication of Not That Bad could not be timelier. The essays here do not simply retell experiences with rape, but rather run the gamut as they seek to share observations related to rape culture while focusing on such issues as sexual harassment and abusive relationships.

Editor Roxane Gay introduces the collection by recounting her ordeal of being gang raped at 12, the effects of which she explored in last year’s Hunger. Aubrey Hirsch confronts a catcaller, concluding that men do it because they enjoy the fear they provoke in women. Sharisse Tracey describes being raped by her father at 13 and how the family’s counselor suggested her parents could make up for the horrific incident by taking her on a trip to Magic Mountain. Anthony Frame’s touching essay recounts his molestation as a young boy, an experience that forever marred his own sense of sexuality. Candid, thought provoking, and even at times hilarious, these essays offer hope that change is possible. 5/5 –Adrienne Urbanksi 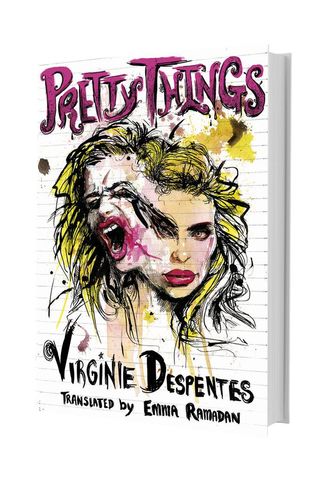 Written by French novelist and filmmaker Virginie Despentes, Pretty Things is a seemingly classic tale about the tumultuous relationship between one attractive but untalented twin and one homely and gifted twin. Claudine dreams of being famous, so she enlists her sister, the anti-social Pauline, to sing on an album Claudine believes will be her big break. But the cliché is turned on its head when Claudine commits suicide. Left to her own devices, Pauline cooks up a scheme to take over her sister’s life, but soon learns just how much emotional and physical labor it takes to be a walking male fantasy.

The dichotomy of the twins’ appearance and demeanor calls into question societal expectations and treatment of women. Pauline purposefully hides her body, not wanting to be perceived as a “slut.” But when masquerading as Claudine, she learns that her body is not her own—it’s something to use and be used. The perspective is continuously shifting between Pauline and the men she interacts with, allowing the reader to gain an often bleak insight into the degrading male gaze. This is an honest, gritty look into the line between owning one’s sexuality and being owned by it. 4/5 –Maggie Stamets

Tags: books , book reviews , Zora Neale Hurston , Roxane Gay , Virginie Despentes , Caitlin Moran
Support Feminist Media!
During these troubling political times, independent feminist media is more vital than ever. If our bold, uncensored reporting on women’s issues is important to you, please consider making a donation of $5, $25, $50, or whatever you can afford, to protect and sustain BUST.com.
Thanks so much—we can’t spell BUST without U.