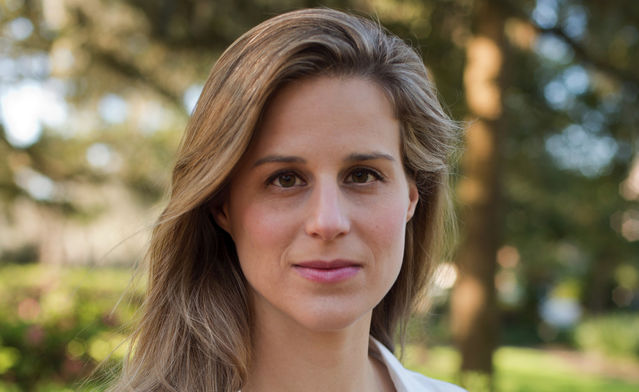 Lauren Groff, the award-winning author of Fates and Furies and Arcadia, gracefully shut down a Harvard Gazette interviewer who asked how she balances work with family. “I understand that this is a question of vital importance to many people, particularly to other mothers who are artists trying to get their work done, and know that I feel for everyone in the struggle,” she responded. “But until I see a male writer asked this question, I’m going to respectfully decline to answer it.”

The interview, which you can read in full here, continued seamlessly.

Well-meaning as the question may have been, hyper-focusing on the idea of the woman who "has it all" has a shaky, sexist history—and our societal obsession with working moms (over working dads) highlights the outdated idea that in a two-parent household with a mom and a dad, the woman should be staying home with her kids and feeling some kind of guilt if she chooses to continue or pursue a career. The Huffington Post recalled Jennifer Garner’s 2014 speech at Elle’s annual Women in Hollywood event, in which the actress remembered attending a press junket with her then-husband, Ben Affleck, and the two compared questions they were asked afterwards.

“Every single person who interviewed me—I mean every single one—asked me, ‘how do you balance work and family?’” Garner said. “No one asked [Affleck] about it that day. As a matter of fact, no one had ever asked him about it, and we do share the same family. Isn’t it time to kinda change that conversation?”

Groff herself has, in fact, previously spoken out about this same phenomenon, though not as bluntly. In a 2016 interview with The New Yorker, she shared:

“The questions I get most at readings or in interviews are about being a mother and writer, when I’m expected to do this sort of tap dance of humility that I have no desire or ability to dance. I think people are mostly kind and don’t know that, when they ask these questions of women, they are asking us to perform a kind of ceremonial subjection—that we’re not allowed our achievements without first denigrating ourselves or saying, with a sigh, ‘Yes, that’s correct, I’m a writer and a mother, and it’s so hard, and no, I don’t do it well.”