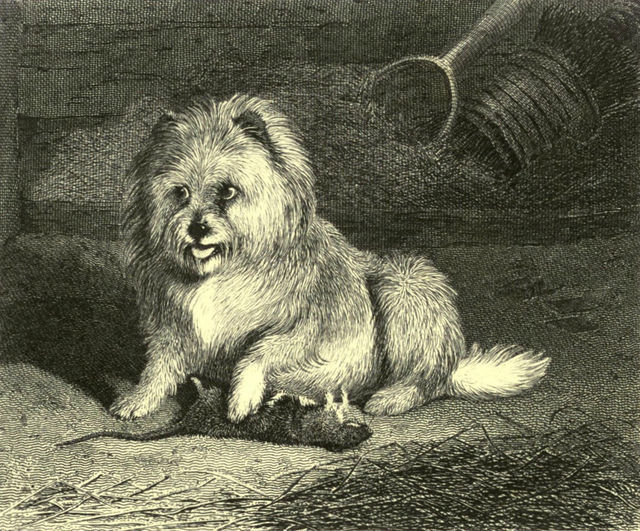 Victorian author Wilkie Collins is often referred to as the father of the detective story. His novels, such as The Woman in White and The Moonstone, are counted among the first mystery novels ever written and are still some of the finest examples of mystery fiction you can read today. In addition to being a fantastically talented writer, Collins was also a great lover of animals. His favorite pet was his dog, a Scottish terrier named Tommie. Tommie featured prominently in many letters that Collins wrote to his friends. He was also depicted in Collins’ 1879 book, My Lady’s Money, wherein one character explains the unique spelling of the little dog’s name:

“His name is Tommie. We are obliged to call him by it, because he won’t answer to any other than the name he had when my Lady bought him. But we spell it with an i e at the end, which makes it less vulgar than Tommy with a y.”

Described as a brown and white Scottish terrier, Tommie was Collins’ constant companion, remaining by his side while he wrote or while he recuperated from illness. In his biography The Secret Life of Wilkie Collins, author William Clark quotes a letter from Collins to his American correspondent, Mrs. Bigelow, which illustrates how much the household revolved around the little dog. He writes:

“When evening comes, I sit and think—and smoke when I am tired of thinking—and wish I was on my way again to my dear United States. When I can neither smoke nor think any longer, then my dear old dog comes, looks at me, wags his tail and groans. This means, in his language ‘Now Wilkie, it’s time to go to bed!’ So the evening closes.” 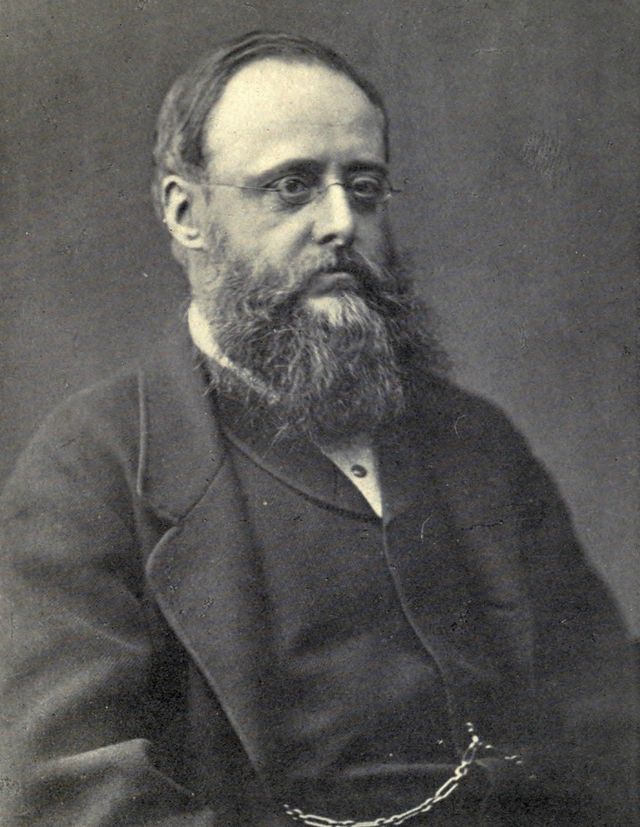 Though the character of Tommie in My Lady’s Money is based on Collins’ own Tommie, it is difficult to say how many traits the two dogs share. Book Tommie is described as “the most beautiful dog in the world” with the temperament of an angel—at least, toward those people he liked. As one character rhapsodizes:

“He has the most exquisite white curly hair and two light brown patches on his back—and, oh! such lovely dark eyes! They call him a Scotch terrier. When he is well his appetite is truly wonderful—nothing comes amiss to him, sir, from pate de foie gras to potatoes. He has his enemies, poor dear, though you wouldn’t think it. People who won’t put up with being bitten by him (what shocking tempers one does meet with, to be sure!) call him a mongrel. Isn’t it a shame?”

Whether real life Tommie was a chronic biter and/or a connoisseur of everything from “pate de foie gras to potatoes” is unclear. What we do know, at least according to biographer Clark, is that Collins and his partner at the time, Caroline Graves, were in the habit of “throwing oranges” to Tommie during dinner—a practice which Clark describes as being “unlikely to appeal to a conservative middle-class family.”

In the final lines of My Lady’s Money, Collins bids goodbye to all but one of his characters, writing:

“And last, not least, good-by to Tommie? No. The writer gave Tommie his dinner not half an hour since, and is too fond of him to say good-by.”

The final goodbye could not be prolonged forever. Tommie died at an advanced age. His passing had a profound effect on Collins. In her 1991 biography, The King of Inventors: A Life of Wilkie Collins, author Catherine Peters quotes a letter that Collins wrote to a friend upon Tommie’s death which reads, in part:

“I should not acknowledge to many people what I have suffered during his last illness and death.” 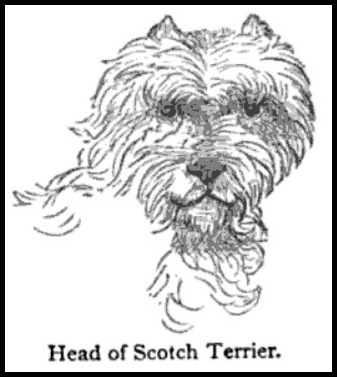 “Tommy had been a constant companion for many years, and Collins was more desolate at this loss than at any time since the death of his brother; he said that he had suffered terribly during his pet’s last illness.”

According to Clark, it was not until Tommie’s death that Collins realized how thoroughly intertwined the little terrier had become in his daily life. No longer was Tommie there to lend support as Collins wrote or to remind him that it was time for bed. Instead, every familiar activity he engaged in made Collins miss his dog all the more. As he wrote in a subsequent letter to a friend (quoted by Clark):

“How closely that poor little dog had associated himself with every act of my life at home…I know only now, I can go nowhere and do nothing—without missing Tommie.”

Four months later, Collins sent a £5 donation to the Dogs’ Home in honor of Tommie. He had not foresworn pets. In fact, in a later letter, quoted by Peters, he writes that:

“…A kitten who has drifted into the house…is galloping over my back and shoulder, which makes writing difficult.”

Nevertheless, Tommie would always have a special place in Collins’ heart—as well as in the canon of English Literature. 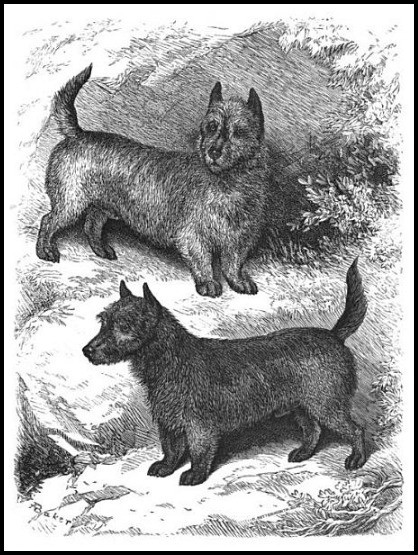 The Scotch Terrier, 1882. (Dogs of the British Islands)
This concludes another feature on Animals in Literature and History. If you would like to learn more about Scottish Terriers or if you are interested in adopting a Scottie of your own, the following links may be useful as resources:

In The 18th Century, Doggos Were Considered Fairies And Healers

This Unlikely Animal Friendship Went "Viral" In The 19th Century

Tags: dogs , books , writing , mystery
Support Feminist Media!
During these troubling political times, independent feminist media is more vital than ever. If our bold, uncensored reporting on women’s issues is important to you, please consider making a donation of $5, $25, $50, or whatever you can afford, to protect and sustain BUST.com.
Thanks so much—we can’t spell BUST without U.