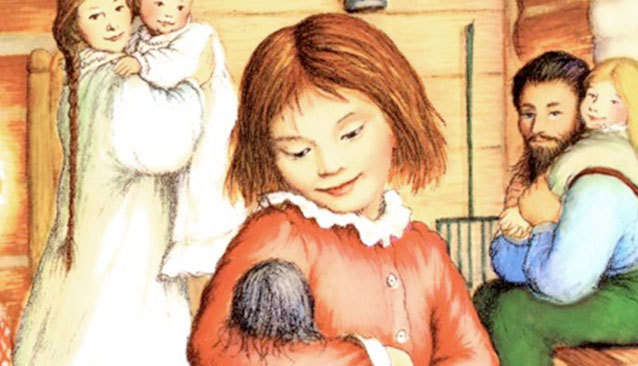 Recently, a group at The American Library Association voted that the career achievement award that bore Laura Ingalls Wilder's name since 1954 (when she won it) be changed, and her name removed. In a statement, the ALA said that the decision was made in part because Wilder's books "reflect dated cultural attitudes toward Indigenous people and people of color that contradict modern acceptance, celebration, and understanding of diverse communities."

If you're a Laura Ingalls Wilder superfan, like I am (I wrote an entire book about my fandom, The Wilder Life: My Adventures In The Lost World Of Little House On The Prairie), you might find this upsetting. And indeed, since the announcement, my Twitter feed has been filled with comments like these:

Erasing Laura from the award won't erase history. She recorded how things were in her time & we should not shield that from kids because who wants a repeat of history? Awarding others with her name does not encourage bigotry. It encourages good writing.

Will eventually every questionable book that was awarded be stripped of the award? Will eventually these books be pulled from kids library shelves? Where do you draw the line?

Laura Ingalls Wilder was not encouraging racism, she was writing about it.

But CALM DOWN, my prairie chickens. The ALA did not take away an award from Laura Ingalls Wilder. They just changed the name to the "Children's Literature Legacy Award." BECAUSE THAT'S WHAT IT'S FOR: honoring children's authors & illustrators for their legacies.

Wilder's legacy was honored by the ALA in 1954. That honor still stands. As far as I know, her name on the award for the next 60+ years still stands, honoring legacies of other children's book creators. The change is for the award moving forward, starting with Jackie Woodson this year. (And if you have NO idea who Jackie Woodson is, or any of the recent winners of this award, kindly ponder that a moment. As far as this award is concerned, Laura Ingalls Wilder’s name isn’t the only one that’s important.)

As for the argument that Laura Ingalls Wilder was just reporting what was going on around her—that any racism wasn't intentional—I agree the racism wasn't intentional, and that she was trying to address it to some extent in Little House on the Prarie. But it doesn't have to be intentional to be hurtful. While I love the books, I also believe Native Americans and people of color when they say they have a problem with them. And the writing was not even necessarily factual: reading the Little House on the Prarie books as a kid, I grew up believing that white settlers in Kansas in the 1870s were at constant risk for violent Native American attacks. But according to real-life historical accounts, it turns out that the majority of the attacks in the area were white settlers burning homes of Natives and "half-breeds." Laura Ingalls Wilder didn't consciously omit this fact, but she wasn't writing a historical account. She was writing a novel based on a period of life she barely remembered (she was only 3 at the time, not older as in the book). It holds up as a novel, but as history, it's whitewashed.

The thing is, Wilder's legacy is complicated. That's OK. There's a lot to discuss, and so much to learn from the discussion of her work. But there's a time and place for that discussion. The occasion of honoring another writer is not the time; the award stage not that place. The conversation around Wilder's work is wonderfully complex. But it gave the award some baggage that recipients shouldn't have to grapple with. Why make them do the work of protesting, reconciling, etc. at the same time they're being honored?

Some media stories say Wilder's name was “stripped” from the award. No. Her name is part of the history of the award. However you feel about the ALA’s change, don’t take that bait. As for what this all means: it means there isn’t a warm fuzzy consensus on the legacy of Laura Ingalls Wilder. But we already knew that, didn’t we? The ALA has decided not to pretend it’s otherwise. I mean, you can’t have it both ways: recognizing that Laura Ingalls Wilder's name means different things to different people but then expecting everyone to be OK with her name on an award that’s given to a very wide range of recipients (from every category of kid lit except for YA).

The decision means, mostly, that Wilder’s name won’t be on a press release twice a year (when the award is announced in February & accepted in June). If you thought those press releases were about affirming her greatness, you were missing the point of the award. Look, I don’t LOVE the ALA decision and would have been thrilled if they’d decided differently. But I understand it. And Laura Ingalls Wilder’s legacy deserves to be discussed on its own terms, not as a point of contention about something else.

The ALA committee wasn’t trying to decide the fate of Wilder's legacy in that meeting. That sort of thing is too big for anyone to decide. They were doing what they felt was best for their organization. To be clear: Wilder’s books aren’t being censored or banned. Nothing is being erased or destroyed. Look at some of the past Newbery winners from years ago and you’ll see that the ALSC (the division of ALA that gives out the medals) doesn’t take back awards, not even for problematic stuff.

Also: John Newbery and Randolph Caldecott are known these days ONLY as the names on their awards. The fact that the same hasn’t happened to Laura Ingalls Wilder after 60+ years goes to show her legacy stands apart from her namesake medal. Wilder’s legacy has endured serious historical and political critique, controversies about authorship, having her early drafts published, etc. It’ll survive not being on a couple of press releases every year.

And yes, I feel a slight pang knowing that LIW’s face won’t be on that medal anymore. But I still get it. And I always found the eyes on that medal to be a little creepy, anyway. 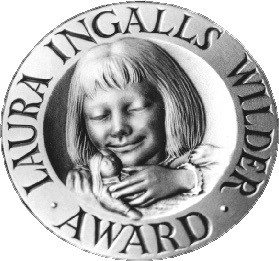 top photo: detail from Little House in the Big Woods

Love Young Adult Lit? You're Not Alone- Here's The Reason We Obsess Over The Genre