Why Amber Tamblyn Wrote A Novel About A Female Serial Rapist 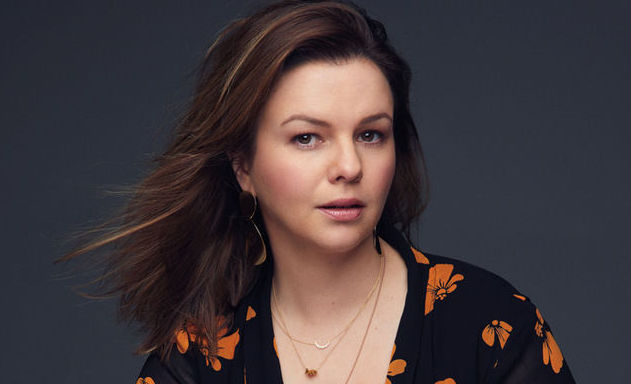 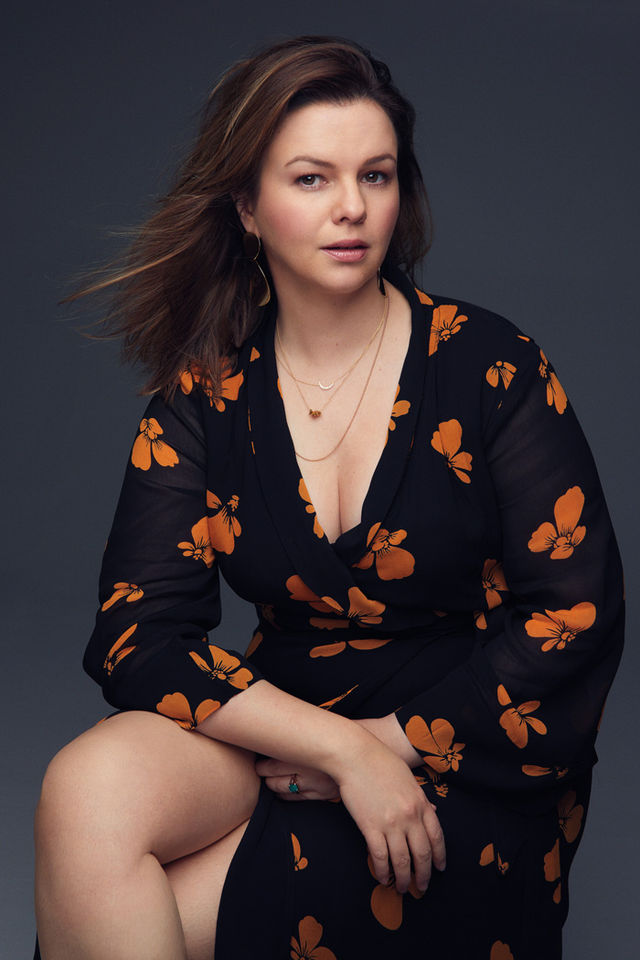 “The feminist I am today is cumulative,” Amber Tamblyn tells me. “It’s been a result of so many unfair experiences, across a lifetime, that I wouldn’t even know where to begin.”

For many, Tamblyn has always been a part of the pop culture landscape. From her tween years starring on General Hospital, to her teenage turn on the the beloved TV series Joan of Arcadia, to her portrayal of feisty Tibby in the Sisterhood of the Traveling Pants movies in her early 20s, Tamblyn has been a familiar face for decades.

But in the past five years, Tamblyn’s moves offscreen have been commanding new attention: the 35-year-old has released a critically acclaimed poetry collection, Dark Sparkler (where she dives deep into the lives of dead child actresses); directed her first feature-length film, Paint It Black (in a twist on the Bechdel Test, the movie does not feature any male characters speaking to any other male characters); given birth to her first child, daughter Marlow (with husband David Cross); published blistering op-eds in The New York Times; and become a founding member of Time’s Up, an organization consisting largely of women in entertainment that seeks to address sexual harassment in the workplace and to, as they put it, “address the systemic inequality and injustice that have kept underrepresented groups from reaching their full potential.”

Yet with all this on her plate, Tamblyn is far from being done. This summer, she will release her blazingly original debut novel, Any Man, a startling, no-holds-barred examination of sexual violence in America, told through the lens of victims and bystanders of a prolific female serial rapist. “Any Man is a novel about men who are survivors of sexual assault at the hands of a violent serial rapist who happens to be a woman,” Tamblyn says. “The book is not just about that, though. It focuses heavily on the ‘culture’ in the term ‘rape culture,’ and in many ways it is an indictment of our own complicit behavior—whether it be the news cycle, social media, or our own personal desensitized indifference.”

"Motherhood has weaponized me in a most beautiful way."

Tamblyn’s recent work absolutely refutes a lingering stereotype about what happens when an artist becomes a mother: that her work softens as she becomes more “motherly.” Women artists, of course, can do whatever the fuck they want, at any stage of their career and life, including becoming more motherly or soft. And yet, one can’t help but be thrilled that some of Tamblyn’s most viscerally and aggressively direct work was made during the same time as her pregnancy and motherhood.

“I spent a lot of time in my late 20s being absolutely terrified to have a child because of the negative impact I imagined it would have on my career,” Tamblyn says. “To the contrary, I think it forced me to get real with myself creatively, very fast…to look at the root of what angered me or what I would no longer tolerate, and to use my voice to address those things. Motherhood has weaponized me in a most beautiful way.” This sentiment evokes a powerful image that was snapped of Tamblyn in 2017—in it, she’s eight-months, belly-popping pregnant, joining hundreds of thousands of other women at the Women’s March held shortly after Trump’s election. It’s a powerful image, hope-stirring evidence of the enduring strength of women and of mothers in the face of so much injustice. 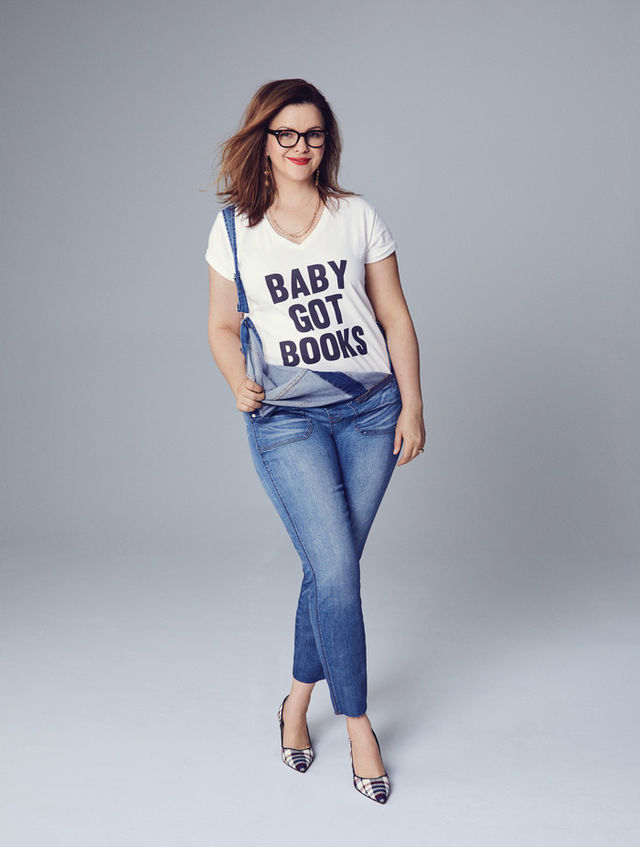 madewell Denim overalls; Candy Punk @ Feminist Apparel t-shirt; paul andrews Shoes; lulu frost earrings; Gillian Conroy 14K Gold necklaces.
“I’m still trying to put into words how much the 2016 election affected me and every woman I know,” Tamblyn explains. “And I think what we’re seeing right now from women—this pointed rage; this fierce, unrelenting action—is not just the result of Donald Trump winning that election, but of Hillary Clinton losing it. Hillary’s loss was a different form of a trigger to so many—the cherry on top of generations of women who had been forced to accept the norm of harassment and abuse from men they had married, worked with, or just happened to be passing on the street. And to know I was going to be bringing a daughter into this wild world? It both charged me and changed me, all at once.”

Tamblyn is already at work on a book of essays about Time’s Up and the #MeToo movement. “I don’t think any of us could have ever imagined how far these movements would bring us as a society, but it’s true that this country has been craving a tectonic cultural shift for a long time,” she says. “All the dizziness and anger and vertigo of this massive upheaval is right on course with what we’ve all wanted, collectively, for generations. Part of what’s so inspiring about what’s going on right now, from #MeToo to the historic 30,000 women running for public office, is that women aren’t asking for permission anymore. They’re just doing the work that needs to be done. No one said it would be easy. But what revolution ever is?”

“Women aren’t asking for permission anymore. They’re just doing the work that needs to be done. No one said it would be easy. But what revolution ever is?”

Tamblyn began writing Any Man over three years ago, yet it couldn’t be more timely. “The novel holds everyone accountable for the culture we live in. Everyone,” Tamblyn says. “And my hope is that it gives a voice to the stories of sexually assaulted men, who are often not portrayed as emotional beings, and whose stories are often completely silenced.”

“A few friends who are men have read the novel now and have told me how extremely upsetting it was to experience, as a reader,” she adds. “I say to them, Welcome to every single day of a woman’s life.”

One of the victims in Any Man is a trans man, and he is the only victim who doesn’t get to tell his own story. Instead, we learn about his sexual assault through a series of tweets. “I wanted to show how extremely marginalized those in the trans community have been, not only in this conversation about sexual assault, but also just in general, from their ability to receive comprehensive health care to their ability to serve in the military,” Tamblyn says. “Our country is most cruel and most dismissive of trans communities. And the strongest way to represent the erasure of trans lives in our society was to virtually erase his story from the book and make the reader feel complicit in that act.”

As an activist, Tamblyn’s work embraces the importance of intersectionality; she seems to be tackling the criticism of #WhiteFeminism head on by centering voices traditionally underrepresented both in media and in mainstream feminism. “Feminism for me has always been a shape-shifting ideal,” she says. “It felt like something I claimed and embraced symbolically but in retrospect, didn’t fully enact. I think most white women can say that, or, should say that of their own journey.”

“For a long time I acted as if there was no difference between myself and other women—women of color and trans women—and that we should view and treat all women as the same if we are feminists who want equality,” she continues. “But not all women’s experiences are the same. I would say that the women of color in my life have taught me more about compassion, empathy, and activism than any teacher I ever had growing up. And while I understand that a lot of women of color get tired of having to be white women’s teachers, I am extremely grateful to have had that in my life. That wisdom is something I hope to pass on to my daughter. I don’t think I really became the feminist I had claimed to be until I shut up and started listening more than I talked.”

Amber Tamblyn, Before She Painted It Black: From The BUST Archives

Amber Tamblyn's Poetry Corner: "Open Your Mouth Like A Bell" By Mindy Nettifee

Tags: Amber Tamblyn , Any Man , Time's Up , books , feminism , motherhood , interview , BUST interview
Support Feminist Media!
During these troubling political times, independent feminist media is more vital than ever. If our bold, uncensored reporting on women’s issues is important to you, please consider making a donation of $5, $25, $50, or whatever you can afford, to protect and sustain BUST.com.
Thanks so much—we can’t spell BUST without U.