Details
BY BUST Magazine
IN Books
Published: 04 May 2018 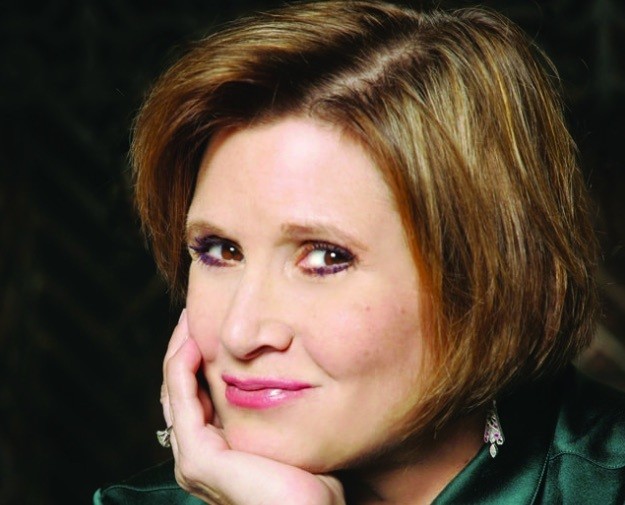 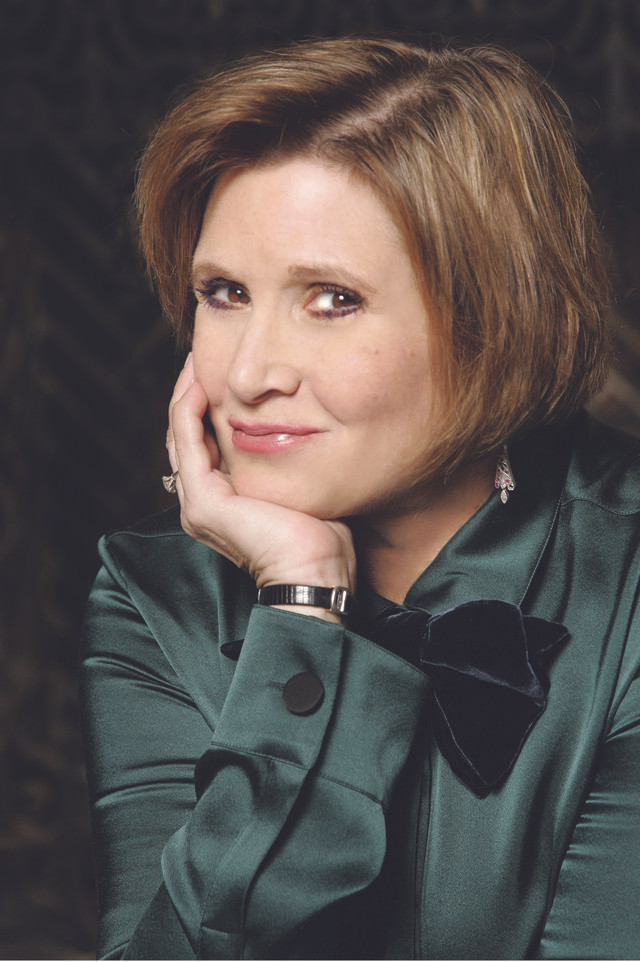 As we get closer to BUST's 25th anniversary this July, we're bringing out of our favorite pieces from the archives. Julie Klausner interviewed Carrie Fisher in this piece, first published in our December/January 2012 issue.

She played Princess Leia in Star Wars, she’s the daughter of Hollywood legends Eddie Fisher and Debbie Reynolds, and she became a notoriously public figure after writing the thinly veiled tell-all novel Postcards from the Edge and the totally unveiled memoir Wishful Drinking. But somehow, in her new nonfiction book, Shockaholic, 55-year-old Carrie Fisher is able to deliver a sage, self-deprecating tour of addiction, bipolar disorder, and her experiences with ECT (Electro-Convulsive Therapy), in a way that leaves readers feeling like she’s your funny, cynical, down-to-earth BFF. From her home in L.A., Fisher spoke to me about regret, double standards for women, and how Cary Grant was the only real movie star.

You introduce your book by explaining that ECT causes memory loss. So how does somebody without a great memory write a memoir?

I have a bad memory and I probably would anyway. Age-wise, drug-wise…there’s a million reasons why I would have a bad memory. But I did write books all the way along. They were “fact-ion,” but there’s stuff in there that is true.

I wanted to ask about that special quality celebrities have that you call “The Shine”—and how you’re immune to their charisma because you grew up around it. Are there any people you still get dazzled by?

Cary Grant was the only one who did it to me. I just got tongue-tied around him. I thought, “I’ve got to get out of here.” He was the only movie star who was a movie star.

In the book, you describe the morning in 2005 when you found that your friend Greg had died of an Oxycontin overdose in your bed while you slept beside him. But then you reveal you subsequently became addicted to Oxy yourself. How much of that was guilt-driven and how much do you think was you wanting to put yourself in Greg’s shoes?

I’m a drug addict. So, I’m sure everything was an element, but really, I’ve just always been a drug addict. I didn’t want to think about anything. But that’s not going to get rid of anything.

What’s your relationship with regret?

I regret things. I mean, I think it’s a waste of time, but that doesn’t mean I don’t do it. It’s very similar to self-pity, and I have someone in my family who really took all the charm and romance out of self-pity. So, I don’t like either one. But, I think it’s clear what I regret. I regret any time on earth that I made more difficult for my daughter.

One of the hallmarks of your writing style is how self-aware you are; you realize things about yourself before anyone else has the chance to realize them about you.

It’s control. I want to get at it first, before they do.

Talk to me about the “invisible contract.” The one in which you say pop culture requires you to look the same as you did when you were in that Star Wars metal bikini 28 years ago.

I had the metal bikini, but once you get seen looking attractive or young that’s it. Forever after that, people are going to say, “Oh my God, she looks awful.” Society is conditioned that way. I do it too! We’re all judging each other, especially physically.

It happens with women more than anyone else.

Definitely! She’s fat! Look at the lines on her! Look at her double chin! Look at her neck! But then we look into the mirror and we do it to ourselves too.

Your closing chapter about your dad and what you’ve learned from his loss is really moving. Was it easier to fictionalize a story about your mom—as you did in Postcards from the Edge—than it was to write nonfiction about your dad?

It’s easier to write fiction because of the intimacy thing. There’s nothing to hide behind if you’re writing nonfiction. I can write fiction and have it all be nonfiction, but if I’m uncomfortable with it, then I can tell you it’s not true. It was more daunting because it’s nonfiction. I was so self-conscious.

It doesn’t get any easier putting stuff out there?

No. It’s easy to put stuff out there about me. If it’s me, I don’t care. But anytime it affects someone else, that makes me nervous. I don’t want to hurt anyone’s feelings or betray anyone’s trust. That’s always difficult. But then, everyone [you’re writing about] dies!