The book review setion from our February/March 2018 issue is right here, bringing you feminist-friendly literature. Read them all here, and check out our spotlight on black feminist writers' memoirs here. 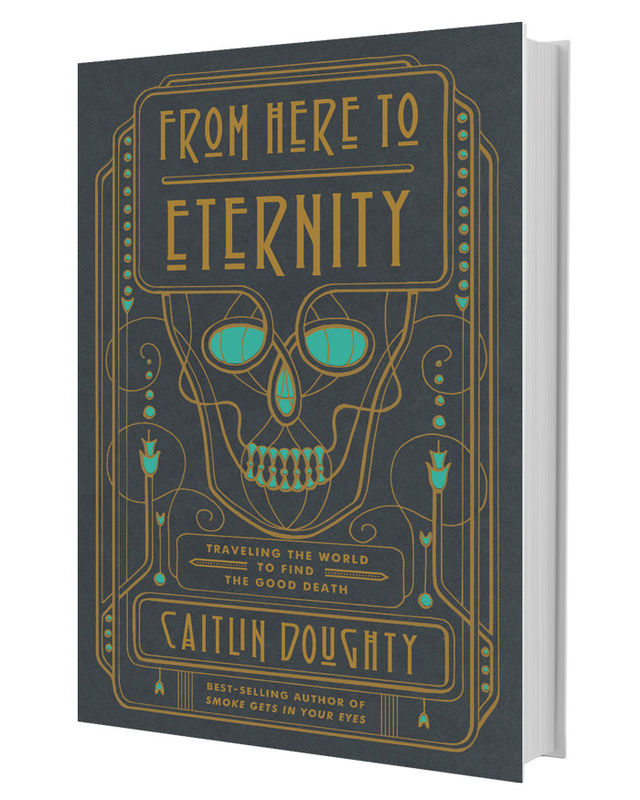 From Here To Eternity: Traveling the World to Find the Good Death
By Caitlin Doughty
(W.W. Norton & Company)

We’re all going to die. But Caitlin Doughty wants us to start thinking about what happens after. In the follow-up to her 2014 memoir Smoke Gets in Your Eyes, the death-positive mortician makes it clear that end-of-life planning is about more than just deciding whether you want to be buried or cremated.

Like an extremely goth episode of Anthony Bourdain’s Parts Unknown, the book takes readers on a journey to see what “good” death looks like all over the world. In rural Indonesia, it’s bathing the mummified remains of a close relative. In Japan, it’s the ritual of kotsuage, in which loved ones use chopsticks to remove bones from cremation ashes. Doughty knows that hearing about an open-air pyre in Colorado, or a North Carolina project “turning corpses into compost,” will make some uncomfortable, which is why she uses humor to lighten the load of her heavy subject. She makes death less morbid and more intimate, painting a picture of grief that celebrates loss in ways we could have never imagined. By the end, you may think it’s about time we all started thinking differently. 5/5 — Shannon Carlin 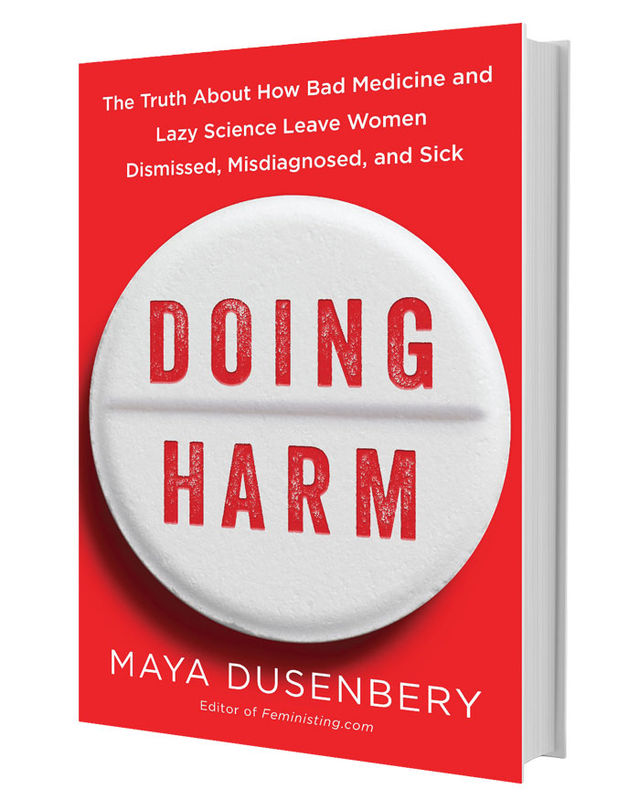 As the editor of Feministing.com, author Maya Dusenbery is no newbie to women’s health. But a few years ago, she was diagnosed with rheumatoid arthritis and it suddenly became personal. And frustrating. Her experience as a woman seeking medical help for an autoimmune disease is both eye opening and frightening. Is it a coincidence that so little is known about A.I. diseases, a mysterious ailment bucket in which over 75 percent of the affected are women? Dusenbery says, “hell no.”

In her first book, Dusenbery peels back the sick layers of America’s paternal healthcare system, proving that from the dismissive “it’s all in your head,” to painful sex being shrugged off as “frigid wives disease,” to trials done predominantly on 155-pound male subjects, the medical world has always been one-sided. She plays both patient and journalist, seamlessly combining history, research, and interviews into an easily digestible must-read. Dusenbery teaches readers to always ask questions and get a second opinion. And that we should all listen to women when they say they’re hurting. 5/5  — Michelle Kehm 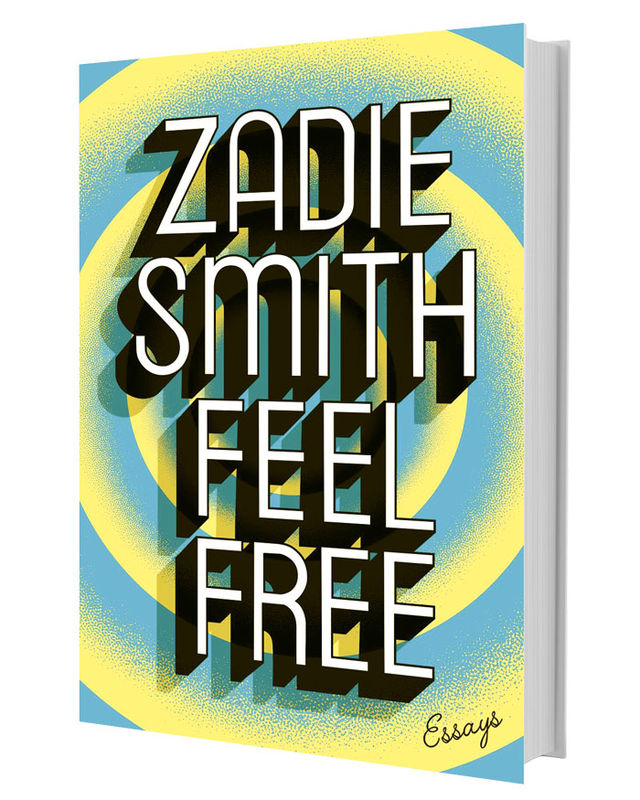 Zadie Smith’s second essay collection, Feel Free, compiles a variety of her writings—essays, celebrity profiles, book and film reviews, arts criticism, lectures, speeches, and one short story—written over the past eight years. Almost all the pieces have been published elsewhere, mostly in The New York Review of Books and The New Yorker, which means that dedicated Smith fans will likely be familiar with most of them.

Though a few older pieces, particularly those discussing social media, feel dated, the biggest misstep is including over 80 pages of short book reviews published in Harper’s in 2011. Other pieces, however, are a joy to revisit, such as a 2012 profile of Jay Z. Smith’s topics are wide-ranging and sometimes delightfully weird—in one essay, she compares Justin Bieber to philosopher Martin Buber—but the strongest pieces here are essays in which she gets personal about her family, her writing, and her love for London and New York. “Writing exists (for me) at the intersection of three various elements: language, the world, the self,” Smith writes in the foreword. Here, she examines all three. 4/5 – Erika W. Smith 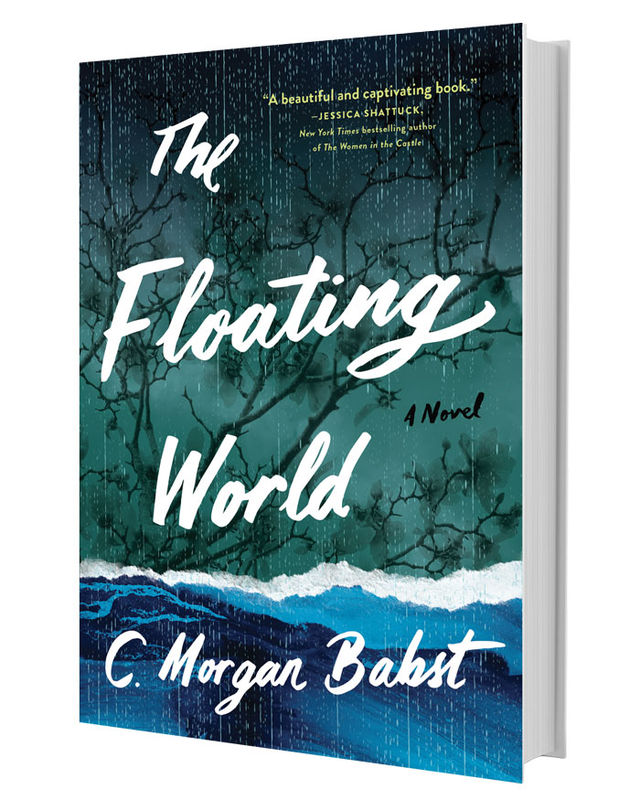 C. Morgan Babst’s novel focuses on a New Orleans family of four, torn asunder by Hurricane Katrina and then reeled back together again. Part One opens “Forty-Seven Days After Landfall” and focuses on each family member as they prep to face the remains of their city and each other. But despite thorough and vivid descriptions of New Orleans pre-and-post Katrina, Babst does a lot of telling rather than showing, and she relies heavily on clichés.

Tess is a mom and psychiatrist who returns from evacuation to rejoin her artist husband, Joe. He came home earlier to help their eldest adult daughter, Cora, who’d decided against evacuating with her parents and is now deeply mentally disturbed by trauma. And Del, Cora’s younger sis, just moved home as well from her wild and romantically confusing life in New York. Together, they all try to solve the puzzle of whether or not Cora blew someone’s face off with the family shotgun. There’s no shortage here of verbiage, flashbacks, or angsty 20-somethings getting drunk in order to face the truth. In this case, however, perhaps less would have been more. 3/5 –Whitney Dwire

The expression, I laugh because the only other option is to cry, certainly seems to be true of comedian Tiffany Haddish and her new collection of essays, all of which form a chronological memoir of her life. Known for her breakout performance in Girls Trip and recent Saturday Night Live hosting gig, Haddish finds humor in what would seem to be a very unfunny childhood spent shuffling through the foster system after a car accident left her mother with brain damage. Haddish suffers at the hands of bullies, predatory adults, and questionable housing situations. But she finally gets the last laugh when, after her comedy career takes off, she runs into her most vicious childhood bully working as a Walmart greeter, and realizes that despite everything, she has come out on top. Her hilarious tales also include getting even with two-timing boyfriends and plenty of cringe-worthy sex scenes.

Haddish’s boisterous personality comes alive on the page and her sometimes dark and demented sense of humor leads to plenty of laughs. Though not a perfectly polished collection, in the end, her stories show that one can find hope and humor in even the worst situations. 3/5 –Adrienne Urbanski 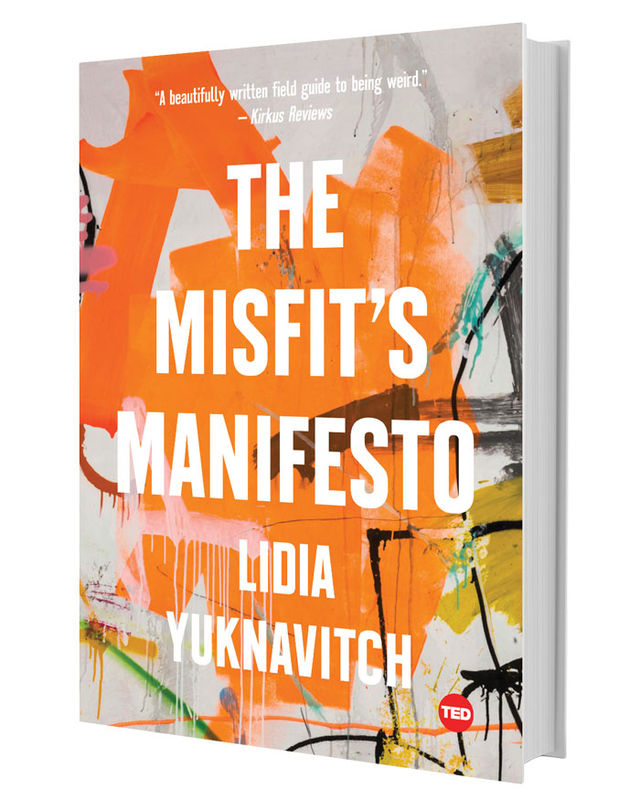 Lidia Yuknavitch’s The Misfit’s Manifesto is a delectable, spicy broth infused with radical love for anyone who lives at the margins. Each chapter addresses different aspects of being an outsider—from trauma and class to gender and bodies—peppered with personal anecdotes some will be familiar with from her memoir, The Chronology of Water, along with stories from fellow misfits and writers. Born from a TED Talk of the same name, this call to arms is far from a touchy-feely how-to on sanding down our spiky edges; instead, it encourages the reader to embrace what society teaches us are deficiencies, fuck-ups, or failures.

One of the most useful concepts Yuknavitch proposes is an antidote to the mythic “Hero’s Journey,” which she dubs the “Misfit’s Journey.” “Even at the moment of your failure, you are beautiful,” she writes, which can be a terrifying proposition for those used to being told—whether by society or by ourselves— that we don’t deserve anything good. It helps that Yuknavitch’s story is not just one of survival but of triumph. Though the road she took to get here was atypical, it’s still heroic. 4/5 –Jenni Miller 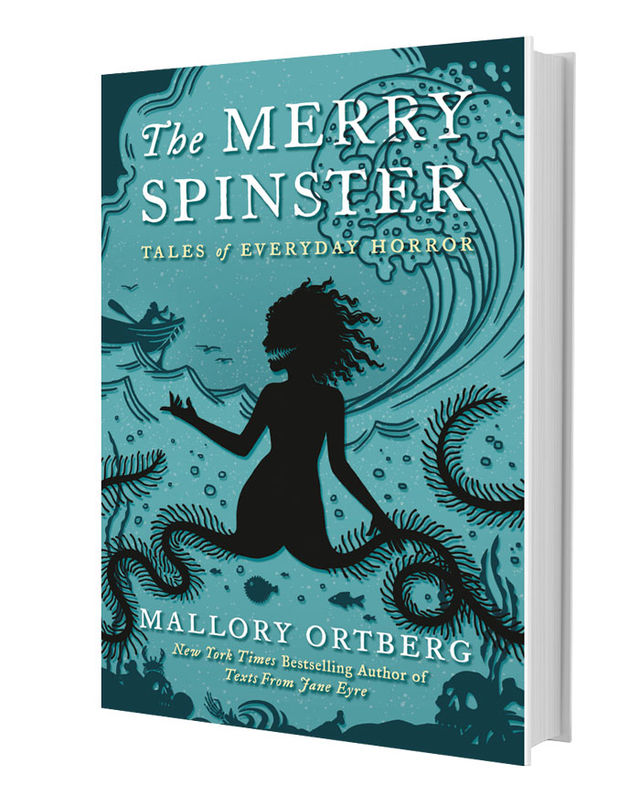 We often forget that our bedtime stories, tales of faeries and princesses, once started off as something much darker. Fairy tales were originally part of an oral tradition told to children to teach moral lessons through fear. And in keeping with the true roots of our most beloved narratives, Daniel Mallory Ortberg spins new classics out of the old in The Merry Spinster: Tales of Everyday Horror.

Ortberg’s collection of stories borrows from favorites like The Velveteen Rabbit and manipulates them with sinister flair. He gives the happily-ever-after ending to an unexpected character, and romantic tales take a noir turn before they reach “The End.” But just because The Merry Spinster’s renditions aren’t necessarily the ones we remember, that doesn’t mean the protagonists are all evil stepsisters. For every stretch of darkness there is light, and this holds true for each of Ortberg’s tales of horror. 5/5 –Madison Nunes 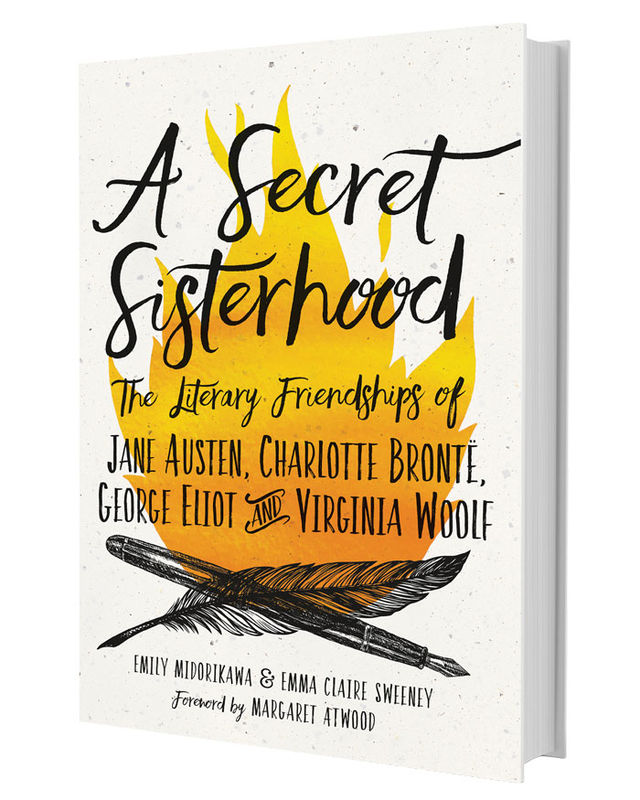 With the aim of giving the transformative power of female friendship its due, this engaging history pieces together the literary alliances of Jane Austen and Anne Sharp, Charlotte Brontë and Mary Taylor, George Eliot and Harriet Beecher Stowe, and Virginia Woolf and Katherine Mansfield. And the beauty of these stories is in the subtleties that can only be discerned from primary source materials.

A Secret Sisterhood eschews controversy and competition, instead demonstrating the complex ways these women related to each other. The isolation they endured as women confined to the domestic sphere in the 18th, 19th, and 20th centuries was intensified by their literary ambitions. As Margaret Atwood asks in the foreword, “Where could great talent, if female, turn for support?” Definitely not shy spinsters or recluses, they discussed with each other their doubts, loves, jealousies, strengths, and failings, as openly as the male authors of their times. Through the writers’ own words and those of their friends and families, A Secret History gives voice to the struggles these women faced and overcame. 4/5 – Molly McLaughlin 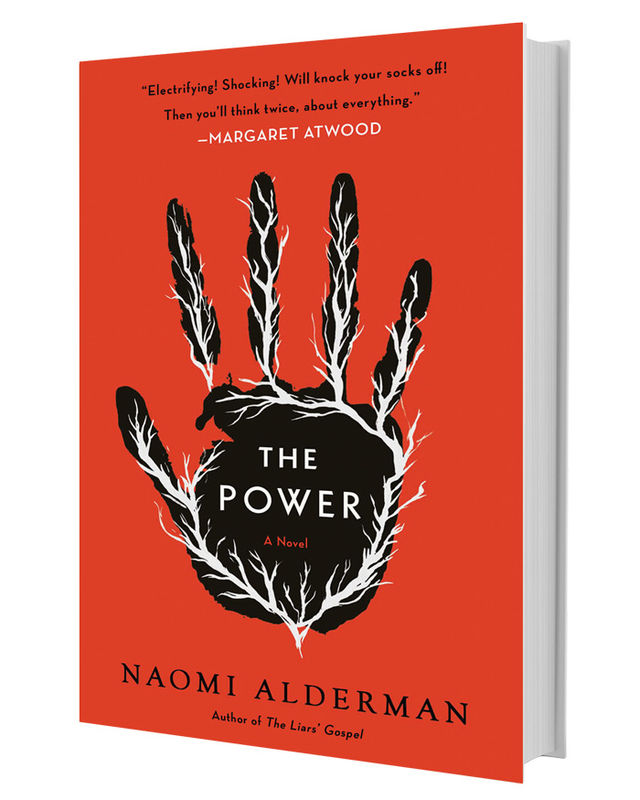 The Power: A Novel
By Naomi Alderman
(Little, Brown and Co.)

The Power has already garnered comparisons to the classic (yet timely) novel The Handmaid’s Tale. But although author Naomi Alderman’s command of world-building certainly deserves to be spoken about in the same sentence as Margaret Atwood, her alternative future provides a reading experience that is almost the exact opposite of reading the story of Offred.

In The Power, teenage girls and the older women they “awaken” develop the physical ability to electrocute, burn, and if the situation calls for it—easily kill. Efforts to control these newly powerful women are not enough to stop a new religion led by a teenage girl from emerging, or to stop the election of a female leader pushed to the breaking (and zapping) point by her male opponent. It’s a cathartic read. And though there are moments when the book resorts to sketch-comedy-style set-ups of what a matriarchy would look like—a woman writing to a male author wonders if he wouldn’t consider writing under a woman’s name to avoid being lumped in with “men’s literature”—it is ultimately a story you didn’t know how much you needed until you sat down to read it. 5/5 –Molly Horan 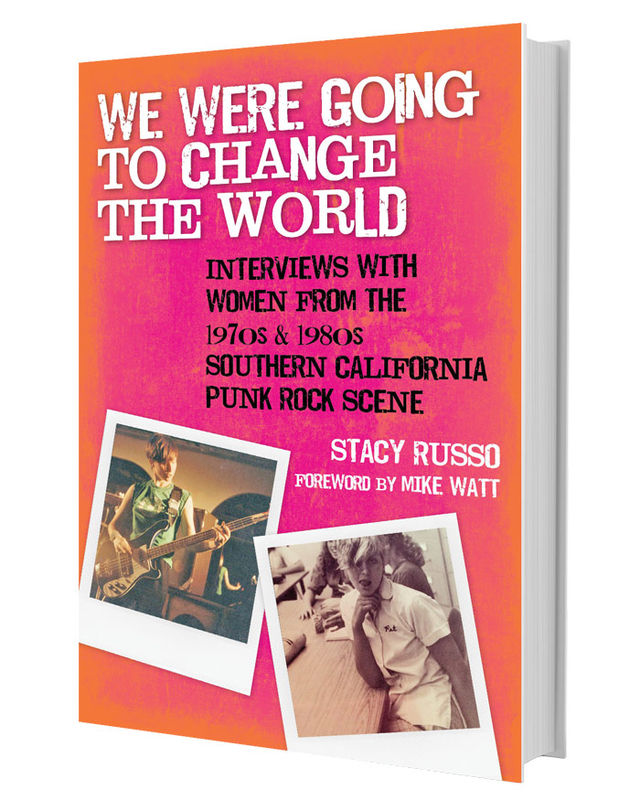 We Were Going To Change The World: Interviews with Women from the 1970s & 1980s Southern California Punk Rock Scene
By Stacy Russo
(Santa Monica Press)

It’s not too often an author chronicles a cultural revolution completely with oral histories. But that is exactly what Stacy Russo does with We Were Going to Change the World, a book that captures SoCal punk during its most electrifying years. Musicians— including Exene Cervenka (X), Alice Bag (the Bags) and Kira (Black Flag)—are given space alongside concertgoers to discuss the lasting impact the scene had on their lives. Photographer Jenny Lens sums up the ethos of the time when she tells Russo, “There’s no best or single voice or vision. We all have something to contribute.”

Each account is short and not overly detailed. Russo also refrains from polishing her subjects’ impressions. Unfortunately, the result is a collection of stories that begin to bleed into one another, each touching on rebellion, teen angst, and social belonging. Some women experienced gender restraints within the scene, while others found it welcoming. But without a central purpose, We Were Going to Change the World feels directionless and unremarkable. 3/5 – Helen Matatov

In "Without A Net," Writers Share Stories Of Growing Up In Poverty