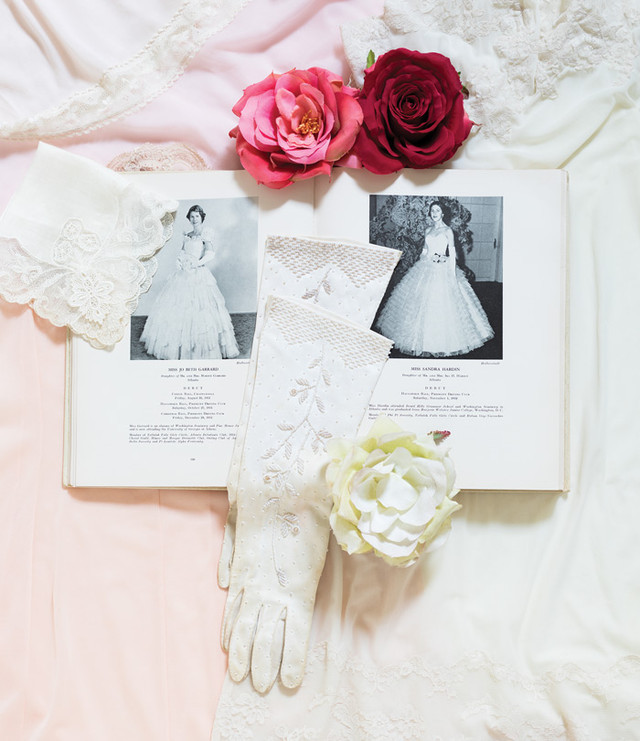 In 1936, entrepreneur Stuart I. Whitmarsh attended a cocktail party in Baltimore, Maryland. The chatter turned to a story in all the papers – local girl Wallis Warfield Simpson’s divorce and the possibility of her marriage to England’s King Edward VIII. One of the women at the party mentioned that she had come out as a debutante during the same season as Wally Warfield. The rest of the partygoers scoffed. As Whitmarsh remembered it years later, the former debutante replied, “Well, there ought to be an annual book about debutantes. If I had such a book, I could prove that I did come out the same season as Wallis!”

Whitmarsh sensed an opportunity and he put out the first volume of The Debutante Register in 1940. Bound in white leather, the brick of a book contained pictures of 552 young women along with the biographies of 300 others, and sold for $25 a copy ($433 in 2017 dollars). The Debutante Register was “the kind of book you... will trot out years from now to show your grandchildren,” noted a society columnist at the Detroit Free Press.

At its most basic, the debut or “coming out” of a young woman into society is a ceremony “certifying that a girl has become ready for marriage,” in the words of cultural historian Karal Ann Marling. Based in part on the English tradition of young women being introduced at court, by the late 19th century the debut was a way for white, upper-class, usually Protestant Americans to show off their wealth and marriageable daughters. By the mid-20th century, it wasn’t unusual for a debutante to become a celebrity in her own right, as newspapers followed her escapades in night clubs and at charity balls. The years after the Second World War also saw the rise of the cotillion, an African-American take on the debut, wherein young women are celebrated for their scholarship and service to the community. In Latinx culture, the quinceañera marks a girl’s 15th birthday with religious and secular celebrations. Special gowns are part of all these ceremonies.

The mostly WASP debs featured in the 1952-1953 Register pictured here wore scads of white tulle (a few are almost buried by their enormous dresses). That year, the look was strapless, and very few bucked the trend. Their bios stated where their debut dance was held (usually at a fancy hotel or private home), then named parents and grandparents and exclusive high schools and private colleges – a great many of them female only. Those who could do so pointed to relations who arrived on the Mayflower or signed The Declaration of Independence. One even claimed to have “descended from the royal line of Charlemagne.”

The debut fell out of favor in the hippie era, and it appears the last volume of The Debutante Register may have been for the 1967-1968 season. But even today, an echo of the Register’s influence remains. The Delta Debutante Club of Greenville, Mississippi, proudly notes it was founded in 1942, “with the assistance of Stuart Whitmarsh of New York City, editor of The Debutante Register.”

Surreality Bites: How Leonora Carrington Became One Of The Only Women In The Male-Dominated Movement

Tags: The Debutante Register , Stuart I. Whitmarsh , debutante , cotillion , quinceañera
Support Feminist Media!
During these troubling political times, independent feminist media is more vital than ever. If our bold, uncensored reporting on women’s issues is important to you, please consider making a donation of $5, $25, $50, or whatever you can afford, to protect and sustain BUST.com.
Thanks so much—we can’t spell BUST without U.