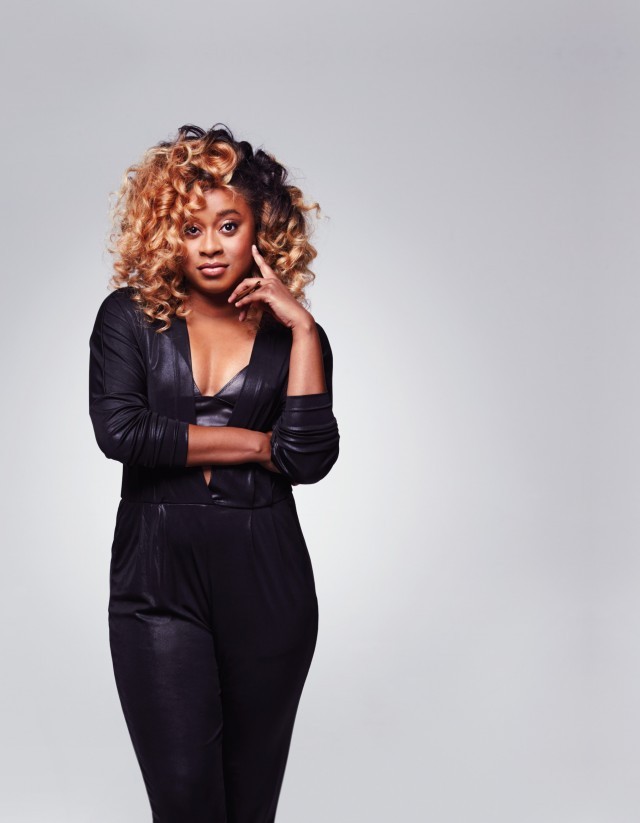 Nobody can walk past a copy of You Can’t Touch My Hair: And Other Things I Still Have to Explain, without noticing the cover. Phoebe Robinson’s first book, a collection of essays, features a striking photo of the N.Y.C.-based comedian looking into the camera and rocking a glorious red ’fro. Although she changes her hair often (sometimes it’s a loose blond wave reminiscent of Beyoncé), when it came to the cover of this book about pop culture, race, and sexual politics, “Big hair was a must!” says Robinson, 32.

How she wants to represent herself is something Robinson thinks a lot about. She’s not just here to make people laugh, she’s carefully crafting her image—whether she’s posing for her book’s cover, doing standup, acting on television, or recording one of her two hit podcasts. “I think about branding all the time,” says Robinson. “It’s disgusting. I’m like a Kardashian in that way.”

In fact, it was a bit of genius branding that led to a pivotal career moment when Robinson launched her blog in 2012 and named it “Blaria,” short for “Black Daria.” “Within a span of a couple weeks, three friends described me as a ‘Black Daria,’ I guess because I say things sarcastically under my breath all the time,” Robinson explains. “I thought, Oh! If more than one person is saying that, this may be a thing.” She’d already been doing standup for a few years, but it was through blogging that Robinson really found her voice, particularly on feminist issues. One of her first posts was about a proposed Arizona law allowing employers to restrict access to free or affordable birth control. “You realize just how much of a feminist you are when you spend that kind of time thinking and writing about reproductive rights,” she says. 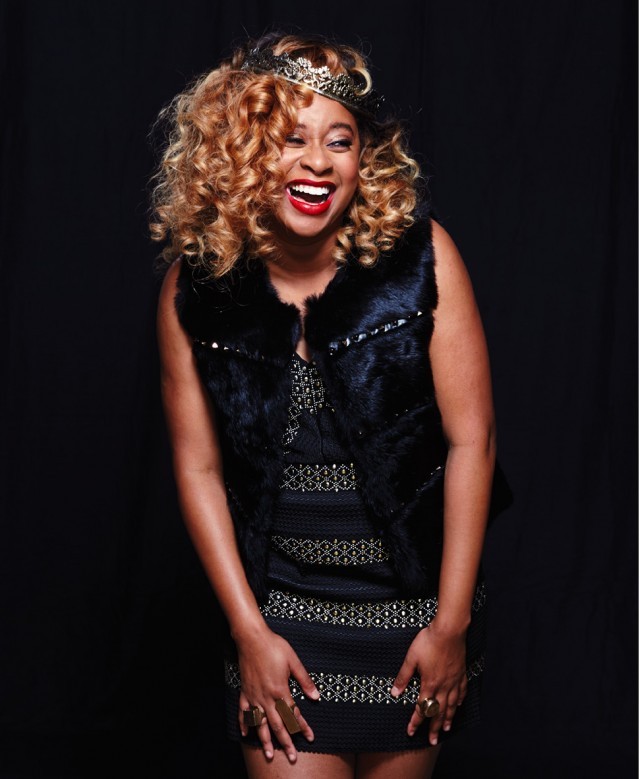 Blaria evolved into a popular podcast that ran from 2012 to 2014. And the two Robinson has launched since then, 2 Dope Queens—co-hosted by The Daily Show’s Jessica Williams—and Sooo Many White Guys, produced by Ilana Glazer, are both currently massive hits. Always thinking ahead, Robinson, who studied screenwriting at Pratt Institute in Brooklyn and was a staff writer on MTV’s Girl Code, figured a book was next on her agenda.

I relate to Carrie Bradshaw on Sex and the City as much as I relate to Mary Jane on Being Mary Jane.

In one chapter, You Can’t Touch My Hair breaks down why Lisa Bonet is worthy of our worship, and in another, Robinson provides an in-depth analysis of each member of U2’s fuckabilty. There are moments when she directly commiserates with women of color, and others when she hilariously explains very specific aspects of black womanhood to white readers. “I relate to so many different people and their experiences,” says Robinson, who says much of her perspective was shaped by attending a predominately white high school. “I relate to Carrie Bradshaw on Sex and the City as much as I relate to Mary Jane on Being Mary Jane. Because I relate to so many people, I want to replicate that with my work. People ask me who this book is for, and I say, ‘I think it’s for everybody.’”

That being said, Robinson says she’s also constantly battling the misperception that women comics or black comics are all the same. “It’s like some people think we all feel the same way and laugh at the same stuff and that our individual experiences aren’t both unique and relatable,” she says. “I’m a black woman and sure, there aren’t a lot of us in comedy, but I’m not an alien from Neptune.”

This Writer Reimagines The Joan Of Arc Story: BUST Interview