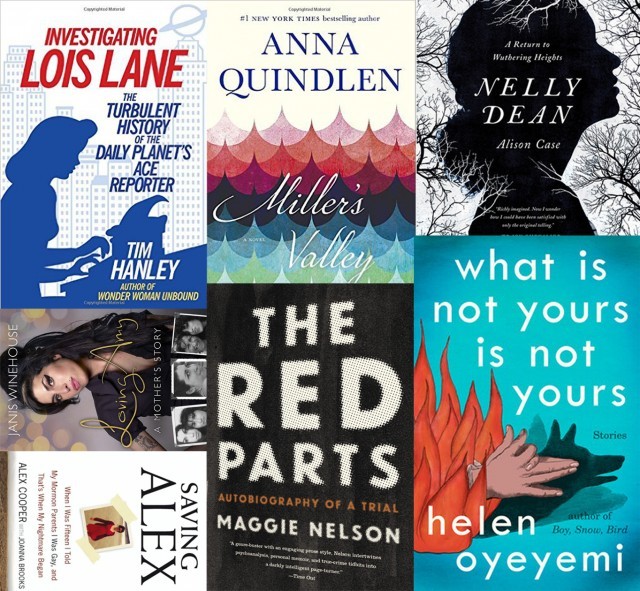 Looking for some new spring reads to flip through as you sit in the park for the first time of the season? Check out these awesome page-turners! 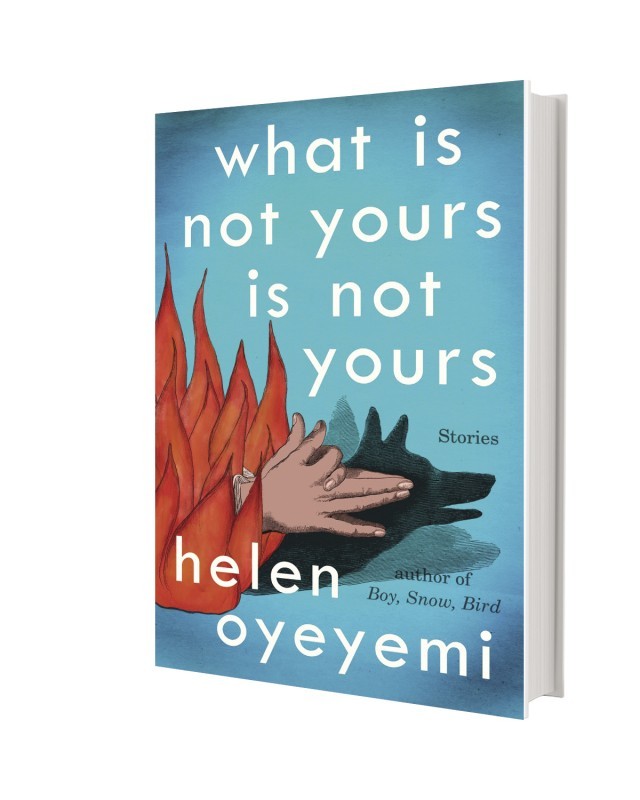 Nigerian-British writer Helen Oyeyemi’s collection of interconnected short stories is a worthy follow-up to her critically acclaimed 2014 novel Boy, Snow, Bird. In What Is Not Yours Is Not Yours, Oyeymi takes readers from Spain to England to the Czech Republic and across generations, ages, races, nationalities, genders, and sexualities. She also uses magical realism to imbue each story with a folktale quality, evoking the dark, threatening Brothers Grimm type of fairytales, not the Disneyfied versions. Sometimes these influences are easy to see—you’ll recognize a retelling of Little Red Riding Hood—and others are more subtle. Mysterious keys, lifelike puppets, and a woman named Tyche reappear throughout.

There are several standout stories. “Books and Roses” features swoon-worthy affairs, a locked rose garden, a memorable library, and a baby abandoned at a statue of a Black Madonna. “Is Your Blood As Red As This?” involves a puppet school, a ghost, a dangerous love triangle, and a person of ever-changing gender. There are also lighter selections, such as “A Brief History Of The Homely Wench Society.” Both charming and unsettling, Oyeyemi’s stories will stay with you a long time. (5/5 BUST rating) – Erika W. Smith 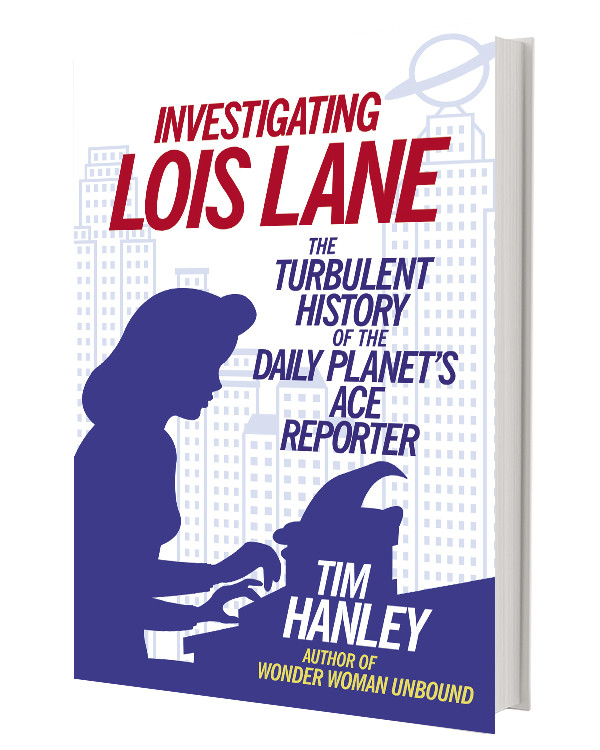 Lois Lane is one of the most iconic comic book characters in the world. For over 75 years, she’s stood by the Man of Steel as the human element behind the alien powerhouse. Yet, as author Tim Hanley brilliantly illuminates, the character played a minimal role in Superman comics, mostly fulfilling the position of love interest. Hanley goes through Lane’s entire comic history, from her debut as a reporter trying to break away from being a romance guru, to the era when readers begged for her to be “punished” for getting in Superman’s way, to her evolution as a woman who had to choose between her goals and being the wife of a superhero.

When female writers, the rise of feminism, and readers’ desire to see Lane shine converged, however, she was finally plucked from domestic squabbles to be her own leader and hero. For those who grew up with the more well-rounded versions of Lane created for the animated Superman series and Smallville, this book is a reminder that our girl Lois has come a long way. (5/5 BUST rating) – Princess Weekes 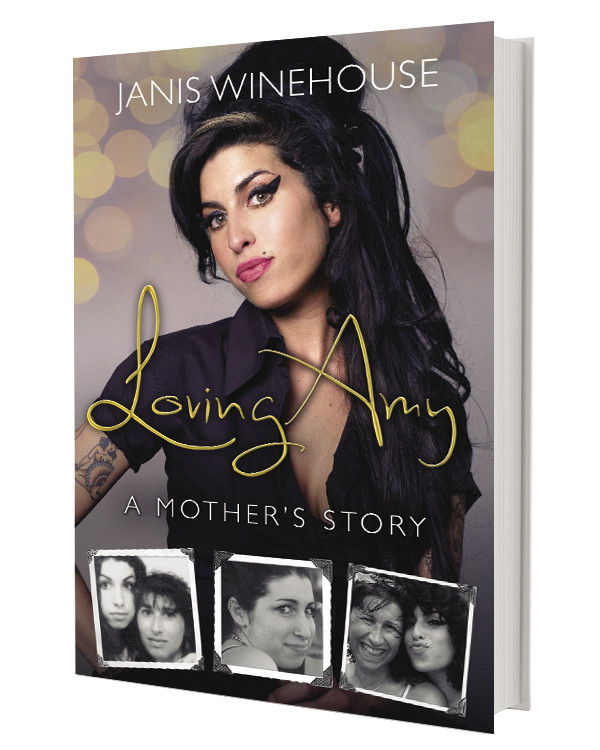 What happens when a famously troubled rock star is your child? This question was a harrowing reality for Janis Winehouse, mother of the late musical powerhouse Amy Winehouse. In her piercing memoir, Loving Amy, Janis captures the conflicting emotions involved in loving — and ultimately losing—a child caught in the grip of addiction. Amy is depicted as a walking contradiction. She was fearless — once proudly boasting that she “out-Jaggered” Mick Jagger during a collaborative performance — but helpless when it came to her coping mechanisms (mainly drugs, alcohol, and bulimia). Amy’s many highs and lows left no one unscathed. “I’d been reduced to this person who was just ‘around,’” writes Janis, “a powerless bystander watching my child kill herself.”

Loving Amy is raw, powerful, and incredibly difficult at times, particularly during the passage in which Janis recalls seeing her daughter’s lifeless body. And it will resonate with anyone who has lost someone to addiction. “I have continually asked what I could have done differently. Was there a point when this course could have been avoided or altered?” Janis writes, before reminding both the reader and herself that, “no one could have saved Amy except Amy.” (4/5 BUST rating) – Helen Matatov 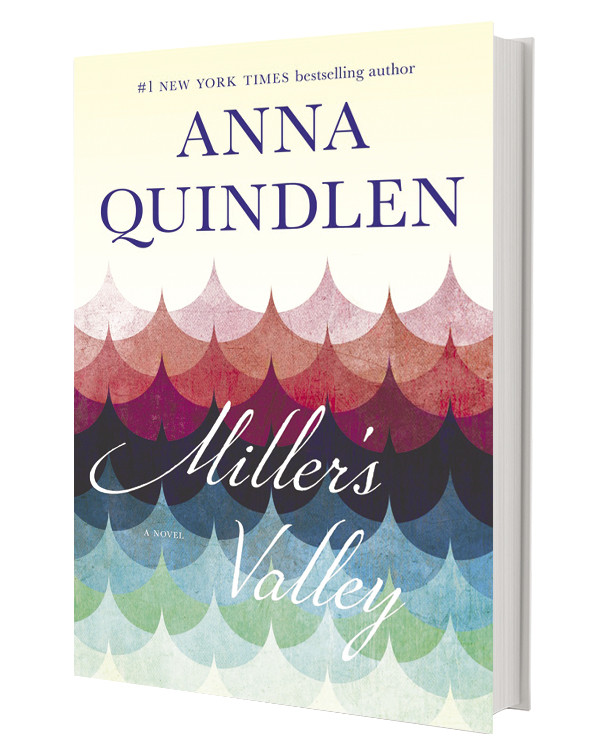 Mimi Miller’s family had always lived in Miller’s Valley. For generations, they farmed in spite of floods, learned to accept that the carpets would get ruined and the animals stranded, and in the morning they’d dry out and repair. But throughout Mimi’s childhood, as friends moved away, her older brothers became strangers, and she began to imagine her life outside her small town, government men became a constant presence. These men wanted to move the people of Miller’s Valley out, and they had a plan to wash the town’s entire history out with them.

Anna Quindlen’s novel of a childhood examined by someone who literally can’t go home again is an incredibly engaging read. Her observations about life’s more mundane moments make an unremarkable coming-of-age narrative compelling. Though some of the biggest plot points are heavily telegraphed early on, she incorporates a haunting surprise into the final pages that will stick with you. Mimi acts as a relatable narrator, but through her eyes few other characters are able to fully develop, with little agency beyond what they are to her—boyfriend, brother, old friend. Still, Miller’s Valley takes familiar themes and manages to make them fresh and new. (5/5 BUST rating) – Molly Horan 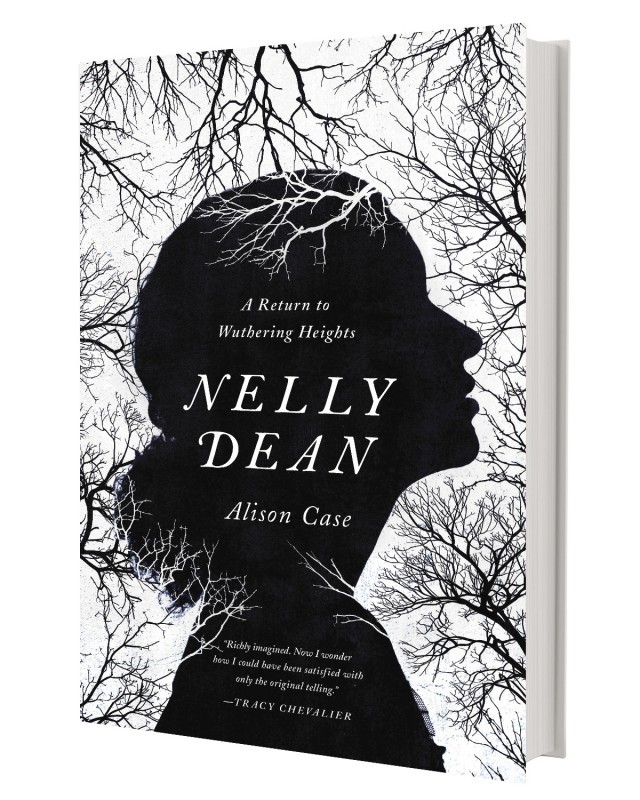 The title of author Alison Case’s debut novel gets straight to the point. In the tradition of books like Wide Sargasso Sea, which re-imagined the lives of characters from Jane Eyre, this mesmerizing read takes us back to the moors and that home of tumultuous love, Wuthering Heights. But this time, readers learn the story of a character originally written as a narrative device — servant Nelly Dean.

Case’s talents and imagination are well on display in her homage to the gothic classic. And the author clearly kept a careful eye on the details of the original (most likely, to appease Wuthering Heights’ passionate fans). Instead of wholly fabricating plot points, Case takes the time to tease Nelly’s narrative out of the original, developing her relationships and providing a back-story that precisely meshes with the tale we already know and love. Case also adds new magic and romance, sweeping the reader along toward a satisfying ending. Fans hoping for a return to Heathcliff and Catherine’s passionate affair will be disappointed; Case doesn’t attempt to rehash Brontë. Lucky for readers, however, Nelly Dean’s story is just as compelling, exciting, and satisfying. (5/5 BUST rating) – Ann Mayhew 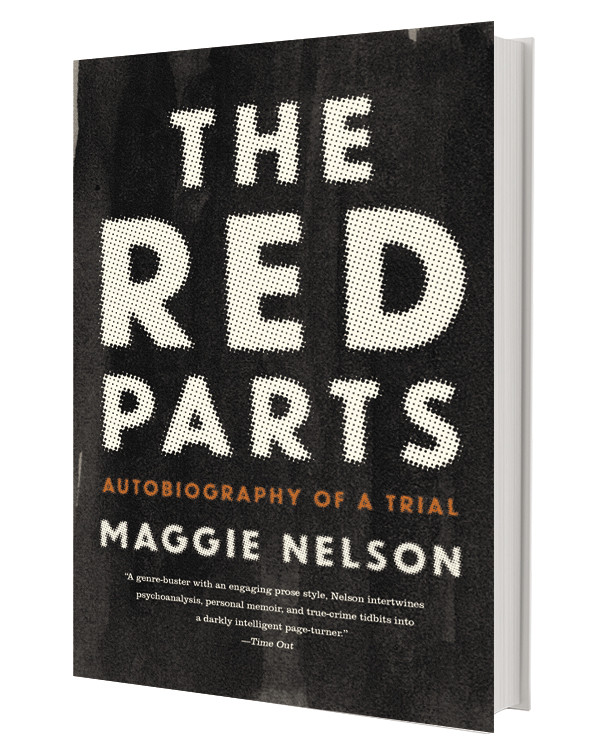 6. The Red Parts: Autobiography of a Trial by Maggie Nelson (Graywolf Press)

On a cold Michigan night in 1969, a 23-year-old law student named Jane Mixer was murdered. Her death was attributed to a serial killer and the case was closed. Fast-forward to 2004, when Jane’s niece, Maggie Nelson, was about to publish a book of poetry about the aunt who had died before Nelson was born. It was during this time that new DNA evidence surfaced, tying a retired nurse named Gary Leiterman to the crime instead.

The Red Parts is nominally a memoir of Nelson’s experience attending Leiterman’s trial with her mother. What could have been just another true crime book, however, becomes something else in the hands of a poet. Here, the story blossoms into a meditation on memory, the fallibility of forensics, the grieving process, the justice system, and much more. A failed love affair is a meandering detour, but overall, Nelson’s account is both riveting and nuanced. The result is like Making a Murderer as told by Joan Didion — a breathtaking and discomfiting experience that will stay with readers well beyond the latest true crime fad. (5/5 BUST rating) – Iris Blasi 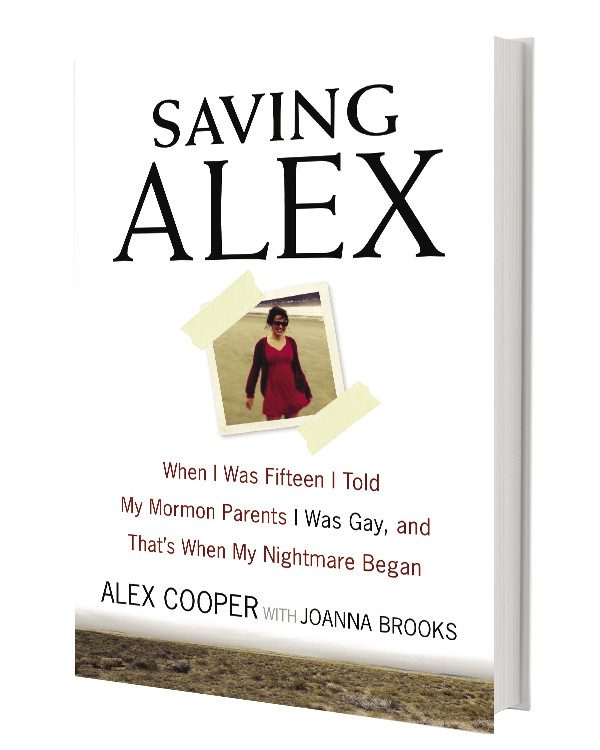 7. Saving Alex: When I Was Fifteen I Told My Mormon Parents I Was Gay, And That’s When My Nightmare Began by Alex Cooper with Joanna Brooks (HarperOne)

SoCal high-schooler Alex Cooper had a happy, normal teenage life — that is, until 2010, when she told her mother she was gay. Then everything spiraled out of control. Alex’s parents delivered her to strangers in Utah, signing over legal guardianship to fellow Mormons with no therapeutic training, who promised to “cure” Alex of her homosexuality. In Utah, Alex was physically and emotionally abused and held captive until the day she made a daring escape. And an ensuing trial established an important legal precedent that would go on to protect other gay minors from a similar fate.

This heart-wrenching, suspenseful memoir will inspire anyone who is struggling to find LGBTQA acceptance within a predominantly conservative culture. Alex’s hopeful story is a testament to the power of solidarity and compassion, and a measure of how far our society has come. But it is also a chilling reminder that thousand of kids in the U.S. are still subjected to deplorable conditions inside “gay conversion programs” today. (4/5 BUST rating) – Renate Robertson

This originally appeared in the April/May print edition of BUST Magazine. Subscribe today!

30 Virginia Woolf Photos And Quotes In Celebration Of Her Birthday

Having A Bad Day? These Comics Just GET IT

Tags: books , reading , good reads , reviews , from the magazine
Support Feminist Media!
During these troubling political times, independent feminist media is more vital than ever. If our bold, uncensored reporting on women’s issues is important to you, please consider making a donation of $5, $25, $50, or whatever you can afford, to protect and sustain BUST.com.
Thanks so much—we can’t spell BUST without U.