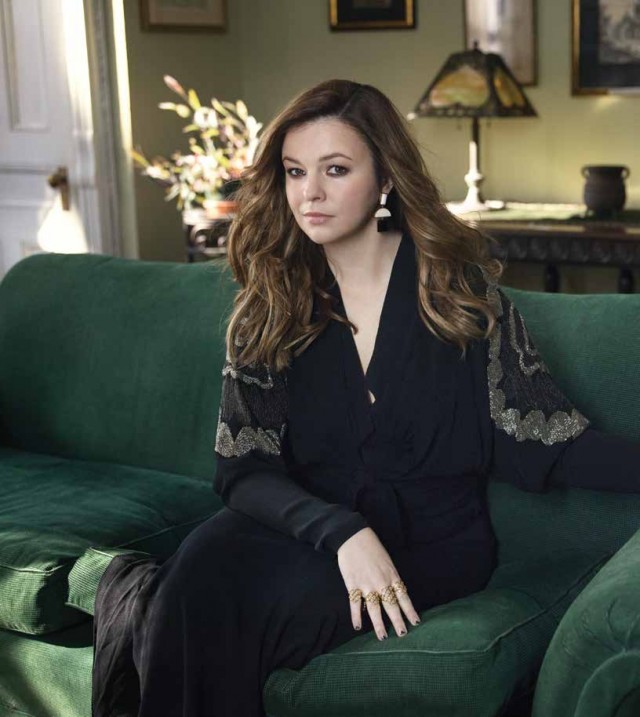 Amber Tamblyn is a FON— a Force Of Nature. You don’t say no to a force of nature when she asks you to interview her for BUST. You just jump in. The tirelessly energetic and visionary actress, poet, and activist is currently celebrating the publication of her third volume of poetry, Dark Sparkler (out April 7), a sequence of works based on the deaths of young women in Hollywood, both known and unknown.

It’s a memento mori, a meditation on human value, a commentary on the uses and abuses of young women in a torturous profession, a statement on what it means to be subject and object — and it is a performance of its own, showering sparks all along the way. The collection includes musings on Dana Plato and Frances Farmer; Barbara La Marr is marked with just a phone number; and Lindsay Lohan’s page is blank. Born in 1983 to actor/dancer Russ Tamblyn (West Side Story, Twin Peaks) and singer/songwriter Bonnie Murray Tamblyn, Amber came into this world surrounded by creative family friends, including the late Den-nis Hopper, actor Dean Stockwell, and Neil Young.

This gives some insight into the robust sense of artistic possibility she seems to have acquired in the cradle. Beginning as a child actress on the venerable soap opera General Hospital, she’s starred in her own TV show, Joan of Arcadia, and in the girl-fave feature The Sisterhood of the Traveling Pants; had an ongoing comedic role on Two and a Half Men as Charlie Sheen’s swaggering lesbian daughter; was lauded for her stage debut in Neil LaBute’s Reasons to Be Pretty; and is now immersed in post-production for her directorial debut, an adaptation of my 2007 novel Paint It Black. Tamblyn has been writing poetry nonstop since age 11 and has published two other collections, Free Stallion (2005) and Bang Ditto (2009). She’s toured the slam circuit with Derrick C. Brown and continues to host numerous spoken word events through her non-profit, Write Now Poetry Society. Some girls ask for permission and wait for an OK to realize their ambitions, while other girls just walk in and do what they have to. Amber Tamblyn is the second kind of girl. 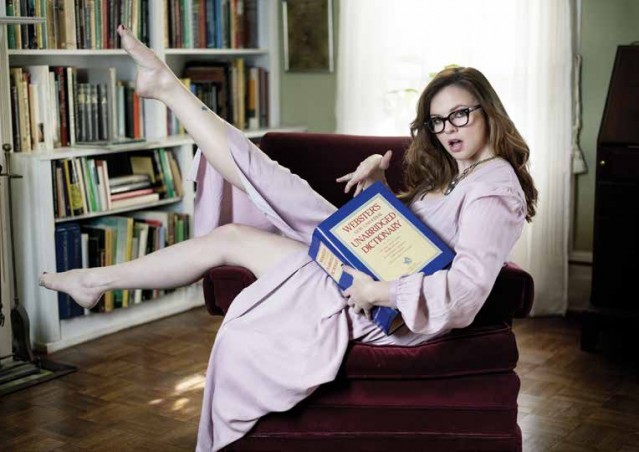 Does it do something to a person’s soul to be an object of external, adult scrutiny at a time that should be marked by deep subjectivity?
When fame happens to you, it’s like no drug on earth. There’s no way to describe it. Then it goes away and no one prepares you for that. When it goes away, all you have left is the self. If you haven’t nurtured the self—that’s where the fracture begins. When you’re a child actor, it happens in your 20s. I remember around my 25th birthday, I was extremely drunk in my living room in the middle of the day. A friend said, “Are you OK?” And I said, “Can I tell you honestly? I’m not going to survive this year. And I don’t want to.” It was after this huge peak in my early 20s. I was in-between books, in-between relationships. At that point, I’d never stopped working a day in my life since I was 11. It was the moment that changed everything for me. Going to the end and coming back.

Yet in many ways, the girls in your book are like any girls, except these girls are searchable.
It was so interesting to research these women and know that if there were no names attached to their stories, they would be no different than any younger sister of a best friend. The largest overall issue was the utter terror of what to do with one’s own power. Instead of acting out in physical violence, young women go inward and harm themselves. I see it all the time, even in acclaimed poets and writers and comediennes. Powerful women sometimes take decades to recognize that they are straight-up sorcerers. Some women are able to grasp it quickly, but for most women, it takes a long time to accept their creative power.

Tell me about celebrity culture—it’s a major element of Dark Sparkler.
Celebrity culture has always been very confusing to me. I have friends who’ve mastered red carpets and the art of being “branded.” But writing this book became about the ultimate discovery that it isn’t for me. I was very fortunate to be raised by parents who understood the dark side of these things. My dad said when I was a teen-ager—and I was a fucking nightmare— “Go to the edge but come back.” That was his motto.

"Powerful women sometimes take decades to recognize that they are straight-up sorcerers."

What in your training as an actress led you to poetry?
When people find out I’m a poet, they think it’s some bad habit I picked up along the way. Like I’d read Suzanne Somers’ poetry book and thought, “That’s for me.” But really, I grew up in a household where people would come over and smoke and drink and play music and read poetry—that was the reality of my childhood.

What makes you want to remember the lost women in your book?
Originally, it was about their memory. But I also wanted to remember myself and honor the self that died while I was writing this book. I took a year off, and then the real underlying narrative started to expose itself.

What I like about the collection is that it takes someone famous and talks about how it felt to be them on the inside.
Even in a candid interview, they’re going to twist your words. They’re going to talk about what you looked like that day. I wanted to give a sense of who these women were stripped down, because I wanted to know who I was stripped down. Lindsay Lohan’s page is blank. I read that piece once in public. Saying her name, then leaving the silence. It got a laugh. It was so upsetting to me that people laughed. The way I see it—her poem hasn’t been written yet. Fate is still hers. Anything’s possible.

I Quit My Job To Become A Full-Time Haikuist: BUST True Story

'A Sky The Color Of Chaos' Tells The Story Of A Haitian Childhood: BUST Interview

‘The Last Message Received’ Tumblr Is An Emotional Rollercoaster

Tags: Amber Tamblyn , BUST interview , Dark Sparkler , from the magazine , poetry
Support Feminist Media!
During these troubling political times, independent feminist media is more vital than ever. If our bold, uncensored reporting on women’s issues is important to you, please consider making a donation of $5, $25, $50, or whatever you can afford, to protect and sustain BUST.com.
Thanks so much—we can’t spell BUST without U.