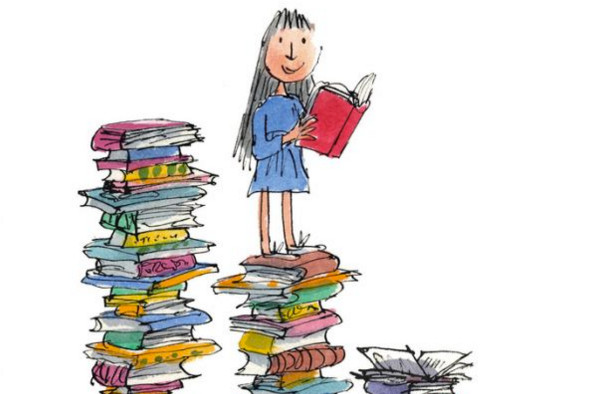 The books we read as children can have a huge impact on the weird humans we eventually become. Our beliefs, aspirations, and morals can all be attributed to the colorful pages we excitedly soaked in during our youth. So, whether you're buying a book for a friend's child, your own child, or for yourself (because why not? We would), make it a piece of literature that sustains and empowers women. Because, well, those little messages go a long way.

Here are 12 children's books we think every young girl should have:

Wearing tiger-print pajama pants on the first of school? We so get it. Judy Moody wasn’t just moody—she was a normal kid who had a lot of feels, and weren’t we all? Nobody sings the third grade blues and inspires individuality better than Judy Moody.

2. Not All Princesses Dress In Pink - Written by Jane Yolen and Heidi E. Y. Stemple; Illustrated by Anne-Sophie Lanquetin

It's important to know that one can love baseball, roll around in the mud, and ride a bike, all while wearing a sparkly crown. This tribute to girl power encourages young people to break molds and fearlessly be themselves.

Oh, Madeline. Our favorite fearless French heroine was an outcast and a rebel in all the best ways. She had red hair, a weakness for “bad hats,” and she laughed in the face of tigers and hospitals. Not to mention, she made scars cool. Need we say more?

It’s not often that girls are depicted as having burning passions towards history... But then there’s Imogene, whose first words are “four score and seven years ago." In preschool she fingerpaints a path of the Oregon trail, and by grade school she is saving the historical society from being torn down. So, yeah, we’d want to be her best friend.

This is a beautifully illustrated book about a (very) little girl who transforms her flaws into talents. Every little girl should be able to embrace their flaws, as characteristics that set us apart, and make us who we are.

6. The Princess Knight - Written by Cornelia Funke and Illustrated by Kirsten Meyer

Ah, the classic tale of a princess who doesn’t want to get married, and just wants to become a knight. (We’ve all been there.) We love how this book shakes off the princess-meets-a-prince-marries-him-immediately standard, and instead shows girls they can fight (or joust) for whatever they want, no matter what society tells us.

7. Matilda - Written by Roald Dahl and Illustrated by Quentin Blake

The infamous bookworm and warlock Matilda taught us all a thing or two about the power of reading, pranks, and telekinesis. This classic not only encourages independence and individuality, it gives children power in a world ruled by adults.

This catalogue of inspirational women belongs on every kid’s bookshelf. Alphabetically tackling gender, transgender, economic, and race politics in simple and straight-up terms this book will build a strong feminist foundation at any age.

Harriet wants to be writer and a spy, dresses “like a boy,” and loves tomato sandwiches. Not to mention her best female friend is an aspiring scientist. But all endearingly quirky qualities aside, what we love most about Harriet The Spy is she is just a normal kid, dealing with social pressures in school and issues with her parents.

10. Grace For President - Written by Kelly S. DePucchio and Illustrated by LeUyen Pham

Grace’s teacher is hanging up pictures of the Presidents when she asks an age-old question: “Where are all the girls?” That’s a helluva question to plant in young people’s minds, and we love any book that encourages young girls to shatter glass ceilings by crashing boy-clubs.

There’s something to be said for the quiet and confident independence this book fosters. Miss Rumphius grows up doing exactly what she wants, with only her personal values and the beauty of the world in mind. There's no mention of societies expectations—just a woman flying solo—and it doesn't get more empowering than that.

12. The Paper Bag Princess - Written by Robert Munsch and Illustrated by Michael Martchenko

Any children's book with a female heroine who tricks a dragon then calls her Prince a bum is alright by us. Now, usually usually wouldn’t encourage name calling, but, well, this Prince sounded like a real jerk and he deserved it. Every little girl should learn that she doesn't have to take anyone’s crap.