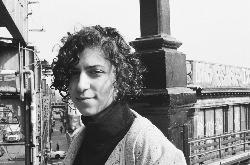 Rachel Angel is a Brooklyn-based writer, singer, and bandleader. Her band has previously released an EP, Revelations, and is currently preparing their next release. Angel has played venues across the East and West coasts, and works regularly at the acclaimed venue National Sawdust. Her work has been described as "songs that tell a story with genuine heart and just enough edge to keep the listener on their toes. She moves effortlessly between alt-country and rock, mixing tender moments with a quick wit."

Adele Returns To the Limelight With 'Easy on Me,' Her First Single Following a 5-Year Hiatus

Two New Essay Collections, "Sometimes I Trip On How Happy We Could Be" and "On Freedom," Examine American Culture and If Freedom Truly Exists