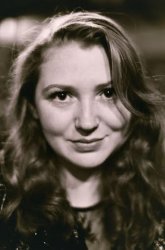 Giselle Noelle Morgan creates feminist photographic reflections in Los Angeles, California while simultaneously playing the harp and obtaining her Bachelor’s at California Institute of the Arts. Morgan was vexed by the lack of women in art history and began to study cyberfeminism until she found her home as a contributing member to the art movement online. Originally, she began her photographic career by shooting photo diary pieces, and transitioned into producing more conceptual collections revolving around gender and feminist theories or personal trauma. Morgan's work has been featured internationally in magazines and sites such as The Huffington Post, HelloGiggles, Girls Get Busy, Bitchtopia and has shown in museums and galleries including the Tate Modern in London, Feminist Art Conference, and Fulcrum. Follow her on  Instagram and Tumblr.