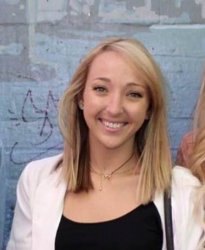 Delaney Henderson is an outspoken survivor of sexual assault and Ambassador for the national nonprofit PAVE: Promoting Awareness, Victim Empowerment.

"At 16 I was a victim of sexual assault. I was raped in my own home by two boys I went to high school with. That was only the beginning of my living hell. I was threatened, bullied, ostracized, and forced to leave my hometown, my school and my family for my own safety. I attempted suicide and often questioned my self worth until I was contacted by and became an ambassador of PAVE. With their help, I slowly gained back my dignity and realized that I can change my circumstance by helping others. PAVE helped me transform from a victim to a survivor. I have co-founded my own organization called SafeBAE to provide education to students about sexual assault and their rights under Title XI. My goal is to create a safe haven for survivors and to bring awareness of sexual violence."