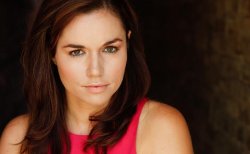 Alison Flowers is an award-winning investigative journalist who focuses on social justice and criminal justice. She is the author of the book “Exoneree Diaries: The Fight for Innocence, Independence and Identity” (Haymarket Books, 2016). In 2013, she produced a multimedia series about exonerees for Chicago Public Media and NPR affiliate WBEZ. The yearlong project was a finalist for a national Online Journalism Award. Her work has also appeared in TIME, The Village Voice, VICE and elsewhere. Flowers works at the Invisible Institute, a production company on the South Side of Chicago and is a fellow with the Social Justice News Nexus, an investigative journalism project supported by the Robert R. McCormick Foundation. You can follow her on Twitter @Flowersalison.