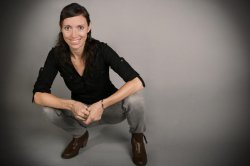 Cameron Airen received her masters degree in Anthropology and Social Change from the California Institute of Integral Studies in San Francisco. Her activist ethnography focused on co-research with sex workers she knew in the San Francisco Bay Area. Cameron received her B.A. in Women and Gender Studies from Eckerd College in St. Petersburg, Florida. One of her biggest passions includes listening to awesome women’s and non-binary folks’ stories and sharing those stories. In addition, she loves writing, dissecting women/gender in film and television, traveling, and being creative in the kitchen. She, now, resides mostly in Southern California. Follow her at realfeministstories.wordpress.com and on Twitter and Instagram.