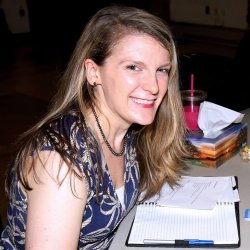 Carey Purcell is a New York based writer, reporter and theatre critic. Carey is a member of the American Theatre Critics Association, the League of Professional Theatre Women, the Drama Desk and the Outer Critics Circle. She has contributed to Elle, Jezebel, Salon, the Huffington Post, Alternet.org, Broadway Style Guide, HowlRound.com, TheaterMania.com, NewYork.com and WHERE New York magazine. She has also appeared on the TV show “Good Morning America.” Follow her on Twitter @CareyPurcell and read her writing at CareyPurcell.com.