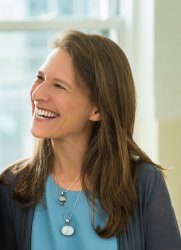 Deborah Copaken is a former award-winning war photographer, Emmy award-winning TV producer, NYT bestselling novelist (THE RED BOOK, BETWEEN HERE AND APRIL) and memoirist (SHUTTERBABE, HELL IS OTHER PARENTS), screenwriter (SHUTTERBABE for NBC/Universal), artist, performer, and columnist for the Observer. Her photography and writing have appeared in publications worldwide, including The New Yorker, The New York Times, The WSJ, The Nation, Paris Match, Géo, Der Spiegel and many others. Her next book, THE ABC’S OF ADULTHOOD, created in collaboration with artist Randy Polumbo, will be published in April.