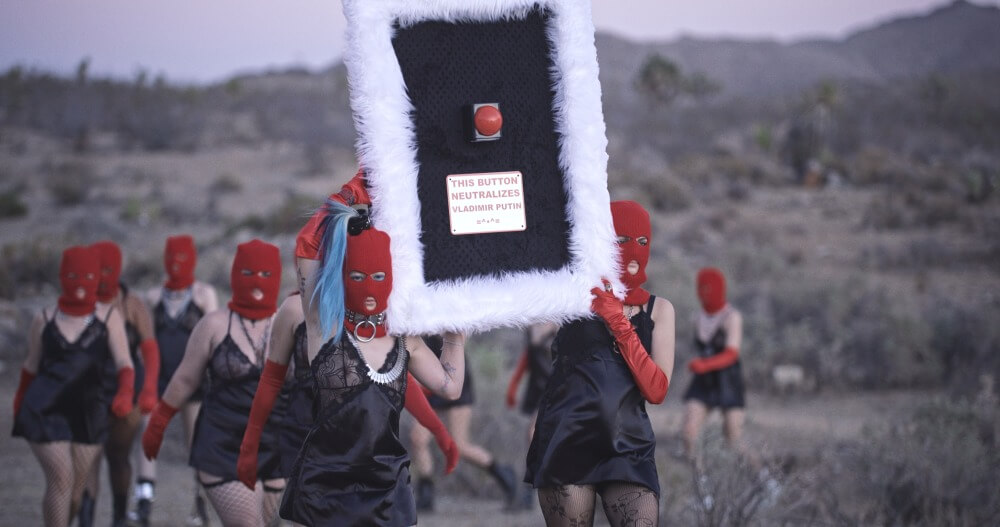 The feminist protest group Pussy Riot will be at the Jeffrey Deitch Gallery in Los Angeles on January 27th to unveil their new piece, Putin’s Ashes. The short film, created, produced, and directed by the founding member of the group Nadya Tolokonnikova, will be on display at the gallery until February 3rd.

Tolokonnikova was sentenced to 2 years in a Russian prison in 2012 following an anti-Putin performance. She then went through a hunger strike protesting devastating prison conditions and ended up being sent to a Siberian penal colony. There, Tolokonnikova was able to maintain her artistic activity with her prison punk band.

Pussy Riot, as a group, “stands for gender fluidity, inclusivity, matriarchy, love, laughter, decentralization, anarchy, and anti-authoritarianism.” The piece, Putin’s Ashes, began in August, in which Pussy Riot burned a 10 x 10-foot portrait of the Russian president, performed rituals, and cast spells aimed to chase Putin away. Tolokonnikova then bottled up the ashes of the burned portrait, and incorporated them into other meaningful objects that will be presented in the gallery alongside her film. 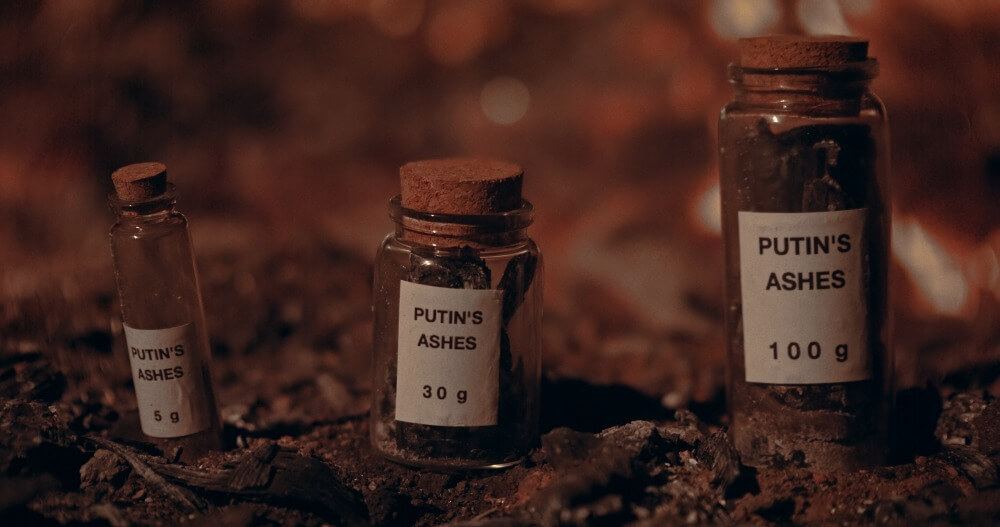 You can RSVP for this event here.