Fiber Artist and Animator Andrea Love Combines Her Passions For Fibers and Stop-Animation, And The Results Will Blow Your Mind 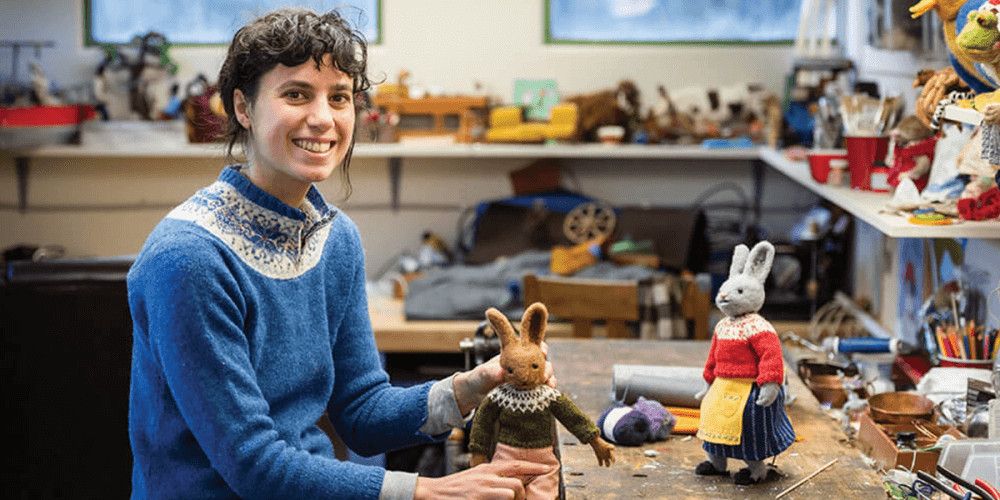 ANDREA LOVE’S STOP-MOTION animated video “Cooking With Wool: Breakfast,” opens with a miniature kitchen made entirely of felt. A human hand enters the frame to turn on a felted electric stove, and a coil of wool slowly changes from black to red as the burner heats up. Pats of felted butter appear to melt in a felted frying pan, into which teensy felted eggs are cracked. As they cook, coffee is prepared from a felted tea kettle, which pours felted hot water into a wee pour-over coffee filter, releasing a bit of fibrous steam.

The video was introduced on Love’s Instagram page in November 2019 and went mega-viral; it was viewed almost three million times. Together with other videos it helped the 34-year-old Love garner over a million Insta followers. “I did a whole series of personal Instagram projects a few years ago, and it was just a way for me to experiment with my technique and see what people respond to,” she says. Still, even a 15-second video is a major undertaking: it can take a whole day to create the felted items, a few days to shoot the animation, and then a few more to edit and add sound. But Love’s efforts paid off. “Once I built my [Instagram] audience I was able to get representation, and that has opened the door for me for more commercial work.” 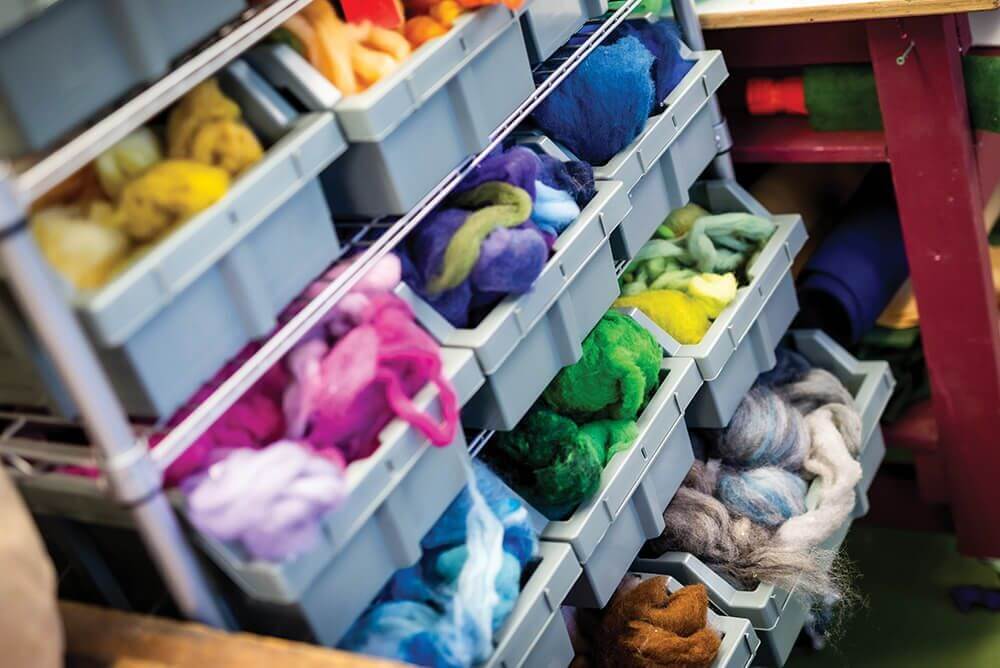 The popularity of her Instagram account has led to work in other ways, too. Zooey Deschanel is a follower and recommended Love to singer/songwriter Ingrid Michaelson when the two were looking for someone to create a video for their song, “Merry Christmas, Happy New Year.” The beautifully crafted video, released in 2021, features an adorable bunny couple (designed by illustrator Phoebe Wahl) who live in a cottage in the woods and celebrate the holiday with other cute forest creatures. It’s the second project that Love collaborated on with Wahl, their first being Tulip, an animated short based on the story of Thumbelina, which continues to be screened at film festivals around the world. 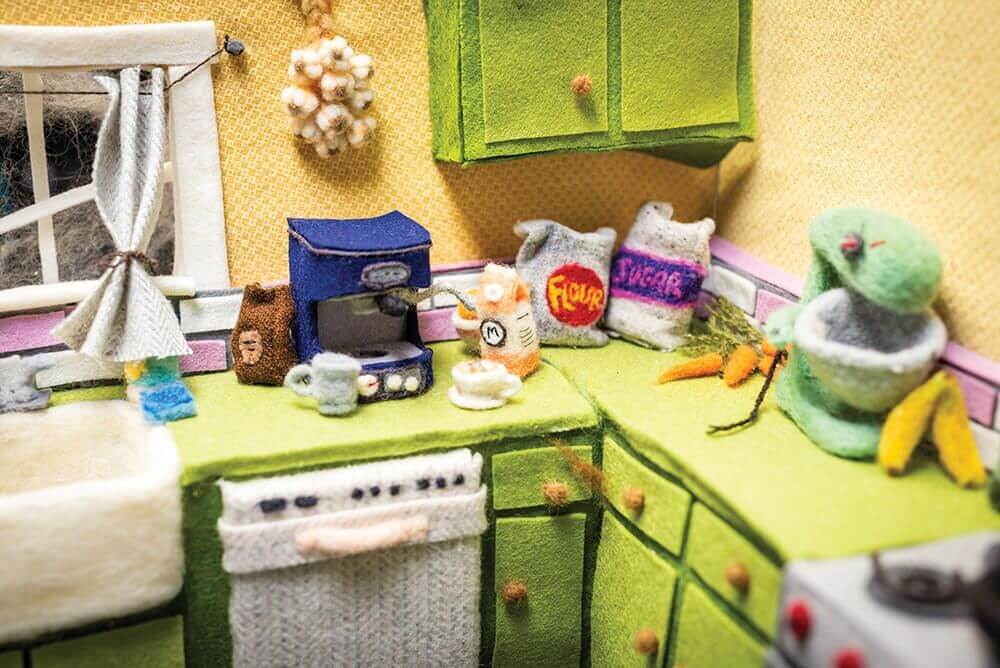 The set for the "Cooking with Wool" series

Although she studied film in college, Love is a self-taught animator. As a result, she was willing to do whatever it took to get the experience she needed. “I got my start working for local businesses, and they don’t have big budgets but also I didn’t have the skills yet, so I just kind of looked at it like graduate school, getting paid a little bit to learn and experiment,” she says. 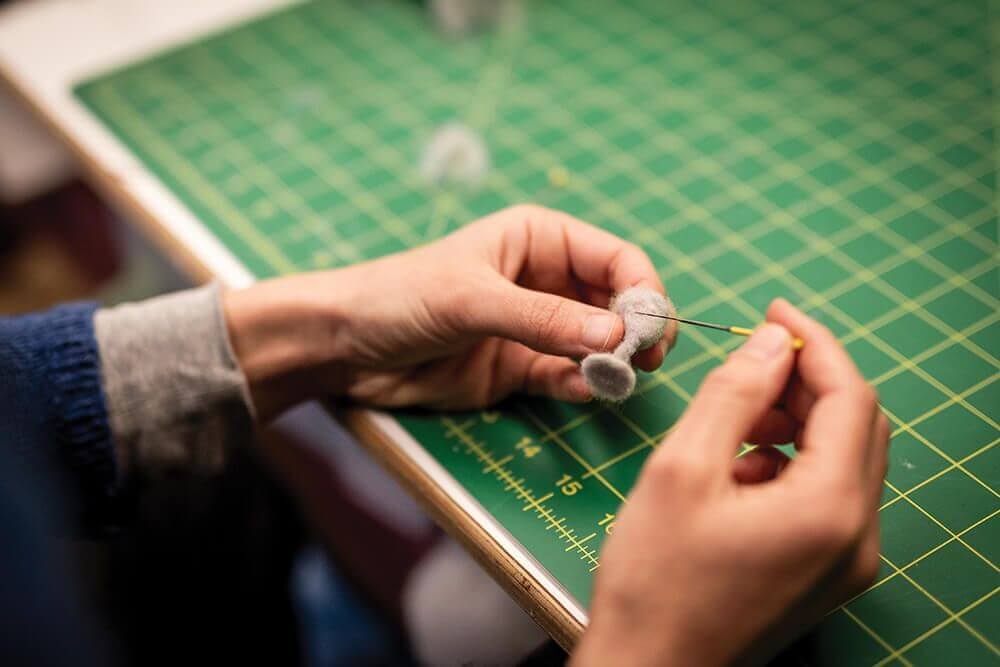 Love only discovered needle-felting after she’d already been dabbling in animation, but it quickly became an obsession. However, the idea to create a career from her two interests took a while to gel. “There was a moment in 2016 where I was working on my first fully felted animated piece, called ‘Revolution’—it’s all about hand spinning—that made me realize there was something really special there, and that’s what I wanted my niche to be,” she explains. “I love just looking at the world through the lens of felt, and it lends itself so well to what’s called particle animation—fire, water, smoke. All of those things just look really delicious made in felt.” 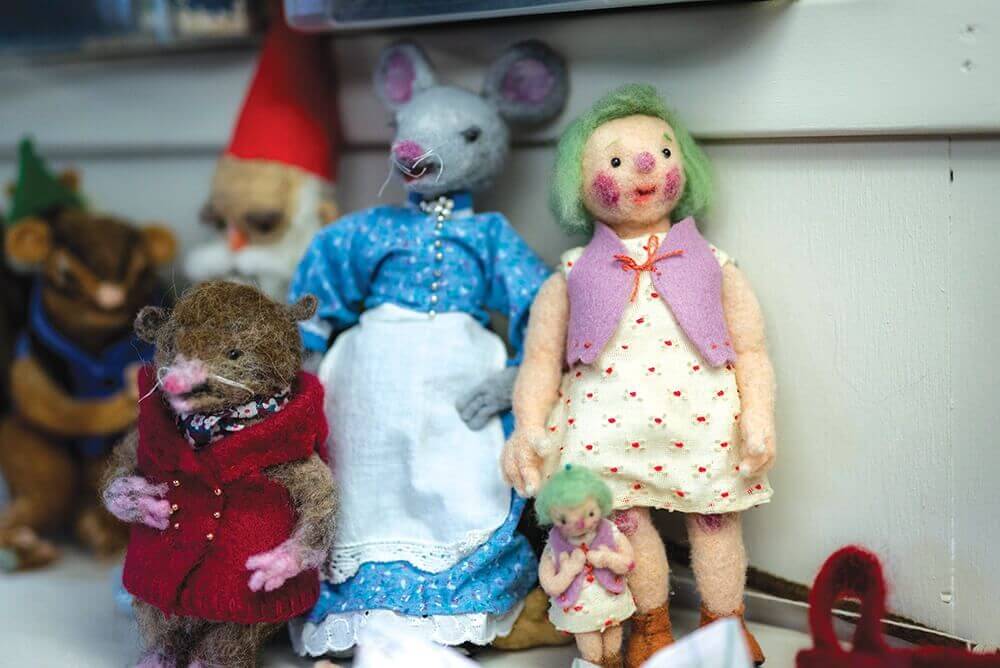 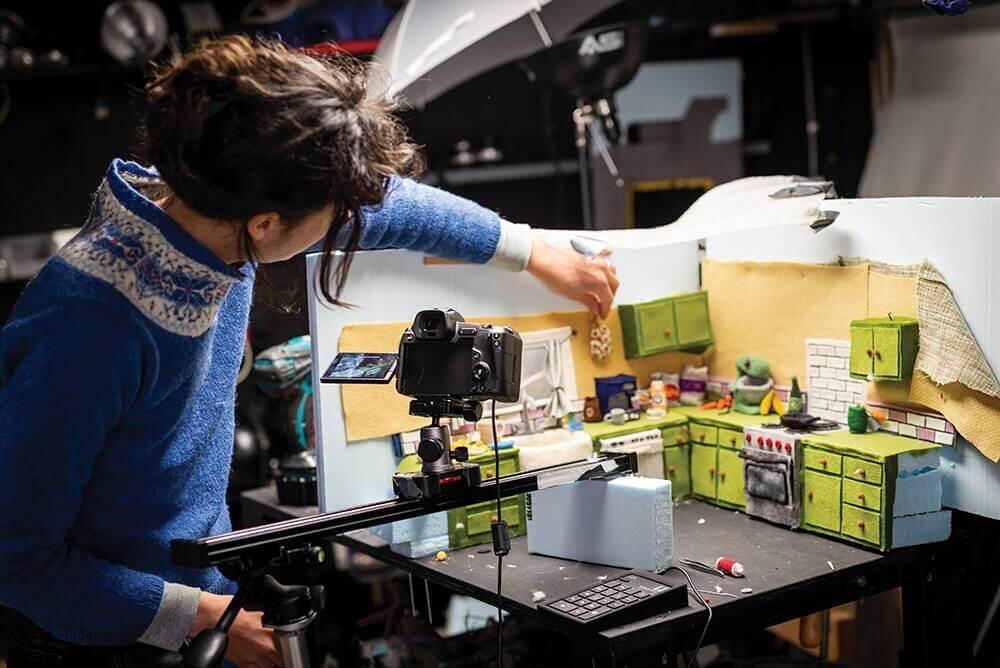 Based in Port Townsend, WA, Love does all of her work—felting, animating, and editing—from home. “I started working in my bedroom, graduated to a closet, and then bought a house in 2015 and moved into the basement, not realizing what a great space this was going to be for me,” she explains. “I’m amazed [that] I can make my sets in a little basement, and it just looks like a huge world.” –Debbie Stoller

Tags: Andrea Love , fiber arts , fiber art , felting , stop animation , female animators , . Zooey Deschanel , craftacular, , art, , #womenandfilm , female filmmakers
Support Feminist Media!
During these troubling political times, independent feminist media is more vital than ever. If our bold, uncensored reporting on women’s issues is important to you, please consider making a donation of $5, $25, $50, or whatever you can afford, to protect and sustain BUST.com.
Thanks so much—we can’t spell BUST without U.