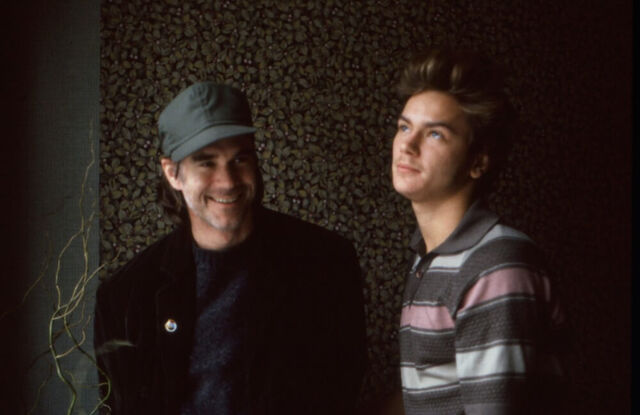 River Phoenix’s most enduring performance may be his portrayal of Mike Waters, the narcoleptic sex worker, in My Own Private Idaho (1991). Written and directed by Gus Van Sant (Milk, Good Will Hunting) and starring Keanu Reeves as Scott, Phoenix’s character’s best friend and love interest, the film is a seminal piece of queer cinema with a cult following. Inspired by Shakespeare’s Henry V, My Own Private Idaho follows Mike and Scott as they travel from Portland, Oregon to Idaho, to Italy in search of Mike’s mother.

My Own Private Idaho turned 30 in September and to celebrate the film and her brother’s legacy, Rain Phoenix, through LaunchLeft, has orchestrated a unique tribute to the film by creating an NFT gallery space. LaunchLeft is an alliance of “left-of-center” artists, led by Phoenix, herself a musician, actor, and artist, with the goal of established artists working to provide opportunity and launch new artists into the public sphere.

Phoenix had planned to do a soundtrack to mark the film’s 30th anniversary, but wanted to find a way to include and celebrate the crew members and not just bands who weren’t involved in the experience of making the film. “That was what guided me toward NFTs. I really wanted to explore this space, I thought this is such a cool way to engage the crew, and then how do we give back to them? We're all experimenting together, but how can I ensure that everyone did take something home,” she says.

Phoenix began reaching out to people involved in the film, with the idea that they would contribute artwork, to be turned into NFTs, and sold in the LaunchLeft Foundation gallery. The gallery features artwork by production designer David Brisbin, a collaborative piece by LaunchLeft which includes Van Sant, and Flea, who played “Budd” in the film, as well as Phoenix, the film’s producer Laurie Parker, and never-before-seen photos from set photographer Abigayle Tarsches. All the NFTs are one-of-a-kind and 20% of LaunchLeft’s split will be donated to Camp Enlightenment, a deep immersion photography and film program targeting at-risk, disadvantaged youth (LGBTQIA+, unhoused, runaways, and foster youth). 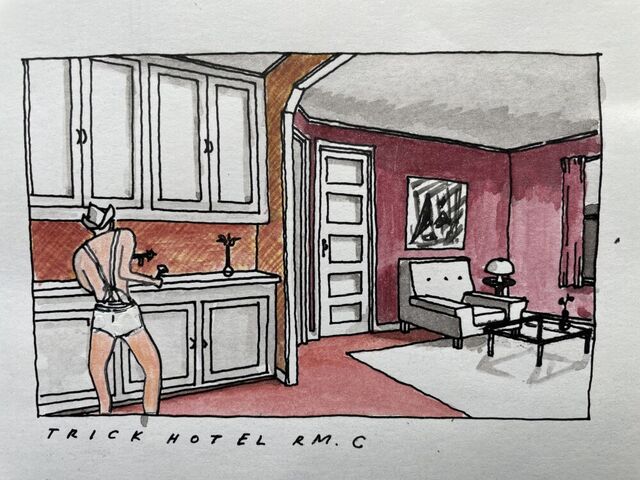 “River was a big inspiration for LaunchLeft to begin with. To create a space much like what we were brought up in, supporting kids to make art and be creative and do it from a place of giving in the hopes of creating joy for others and not just for monetary gain or fame. LaunchLeft is a platform for cultivating that kind of intentional space for everyone,” explains Phoenix.

Phoenix was excited that none of the crew members had worked in the NFT space before. LaunchLeft brought in experienced digital artists to teach the participating crew members and artists about NFTs, and set them up with artist profiles on Foundation, giving them the option and opportunity to continue creating digital art beyond this project.

In addition to the NFT gallery, LaunchLeft has released an hour-long podcast episode, hosted by Phoenix and her sister Summer, full of interviews with cast and crew like Van Sant, actor Mickey Cotrell, and Michael Parker, who was the real life inspiration for the character Mike Waters. They also hosted weekly “Campfire” chats on Discord inspired by the iconic campfire scene in the film, which Phoenix says have turned into more hybrid conversations, “[W]e get to talk more about what LaunchLeft is doing and the artists that are minting NFTs, and not so much about the film and the past, but bringing My Own Private Idaho into the future.”

“The whole idea of a nostalgia-fest doesn't really appeal to any of us, we were more interested in looking at the film as a point on a continuum of queer representation in media,” said Laurie Parker.

Parker focused her efforts on the sequence in My Own Private Idaho in Italy. “We shot in Italy, we had an Italian financier so we had a lot of Fellini-esque distribution stories, and then the film premiered at Venice.” 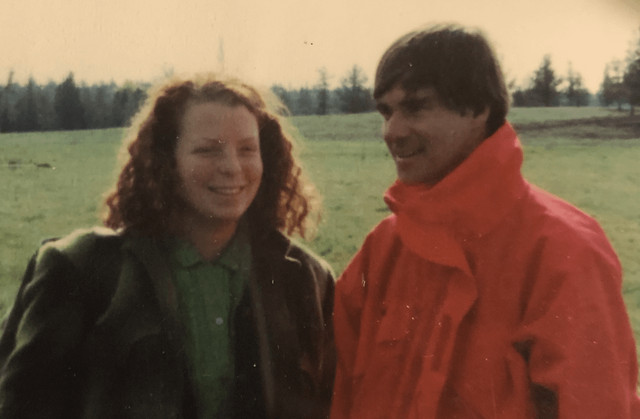 Separate from the NFT drop but part of the larger celebration of My Own Private Idaho’s 30th birthday, Parker directed a music video with singer Caroline Kingsbury covering Rudy Vallée’s “Deep Night”, featured in the film. “LaunchLeft was looking at some artists to do covers of each of those songs and Caroline was the perfect choice for the ‘Deep Night’ one. That voice of hers? The whole idea of night, this mysterious, dark, secret place and Caroline just brought that instantly,” says Parker.

Abigayle Tarsches traveled from New York City to Portland in 1991 to shoot behind the scenes photographs. Her NFT offering includes never-before-scene photos from the set, “I would not have gone into this space on my own, but I have the support of LaunchLeft and Rain. I feel like I'm aligned with the values coming with it and that's amazing to me.”

Phoenix’s NFT is a tribute to her brother and My Own Private Idaho’s impact on queer cinema. Featuring a quote by River about queer representation, set to “Too Many Colors”, a song by their band Aleka’s Attic, the piece ties the threads of the project together.