Kara Walker Helped Define An Entire Generation Of Black Creators—Now, Her Artwork Is On Full Display For The First Time 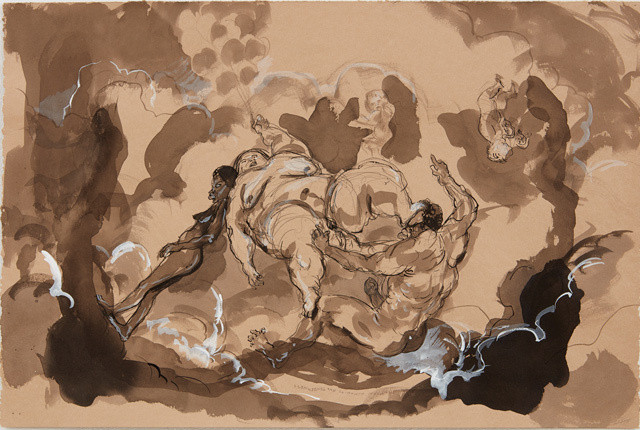 As controversial as she is celebrated, Kara Walker is a prolific artist who helped define an entire generation of Black creators. Now, her collected works on paper from 1992 through 2020 have been gathered together for a new book and exhibit—Kara Walker: A Black Hole Is Everything a Star Longs to Be. Here are a few selections from that book, along with a brief essay by curator Anita Haldemann, explaining how Walker’s drawings are a “dance of skepticism and faith” 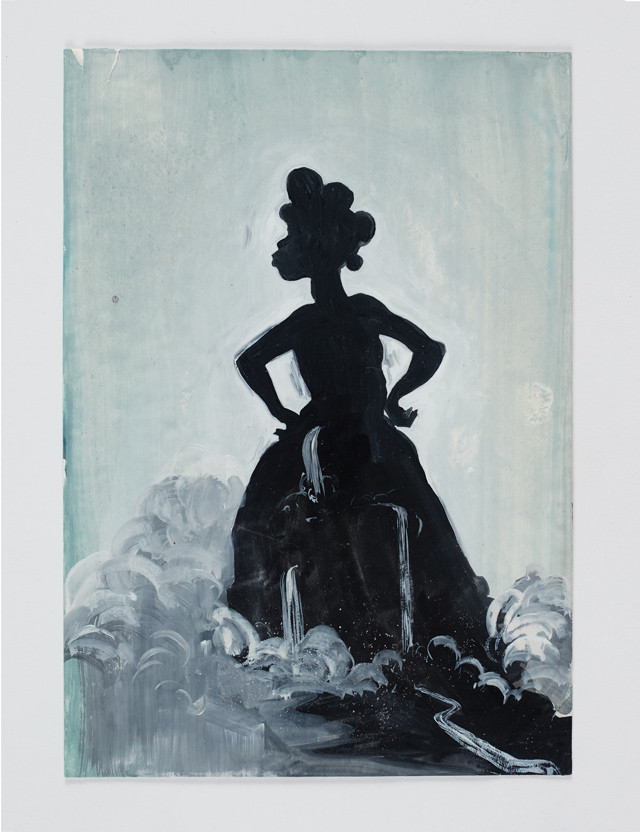 In the early 1990s, while she was a graduate student working toward her master’s degree in fine arts at the Rhode Island School of Design in Providence, Rhode Island, Kara Walker made two very important decisions. In her art, she wanted to take on the perspective of a Black person and a woman actively: “Everything is a black woman. That was the proposition,” she told BOMB Magazine in 2014. She turned the acceptance of her own origins, along with the—subjective—limitations that accompany this, into her strength. This stance opened up to her a perspective on the history of colonialism, on the idea of America, and naturally on slavery—not only in terms of its history and its images, but above all its paradoxes and contradictory mechanisms of power structures, and the consequences they have had to this day. 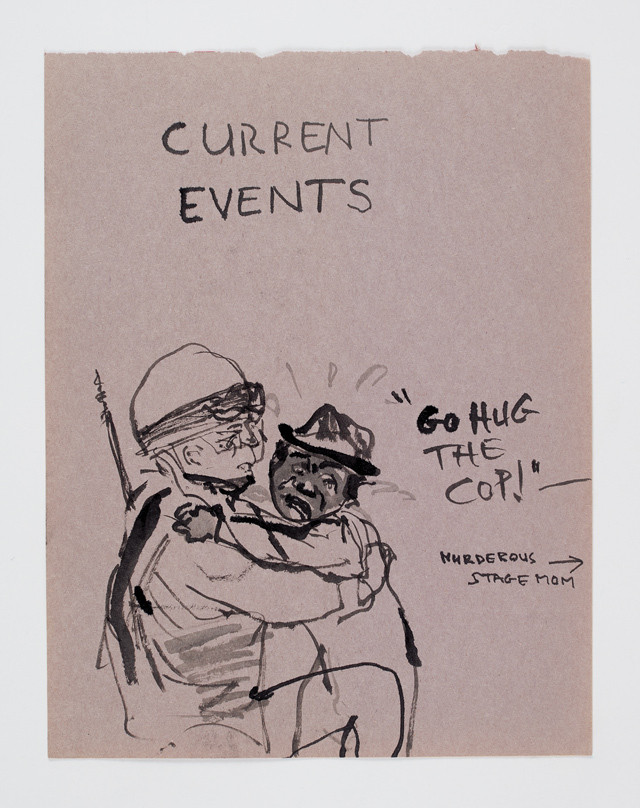 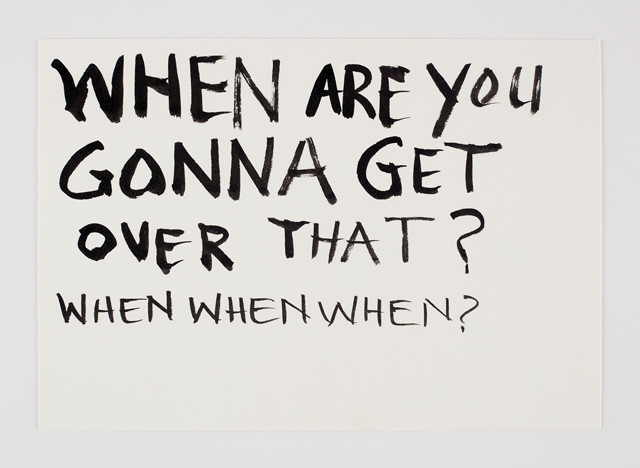 The acceptance of the self, of one’s own subjectivity, and with it the questions surrounding one’s identity, had consequences for Walker’s artistic practice, and led to her third foundational decision—namely, to give up painting. She associated painting on canvas with a patriarchal and white tradition to which she neither wanted nor could belong. What remained to her was drawing, working on paper, and looking for a pointedly “weak” medium, which she found in the silhouette. The silhouette cutout has a bourgeois, feminine tradition and was also practiced in the United States in the 19th century by African Americans. It was considered a handicraft, a humble art form. “I searched for a form that had a historical effect and found the Victorian romance with all its detachment and cleanliness, a form which—flat as it is—also appears as if it were impossible to speak of anything essential. But the form is also a kind of snare: people take a peek simply because it looks nice and pleasurable. And then, suddenly, they may start seeing a few things that aren’t quite so nice,” Walker explained in Kunstbulletin in 2000. 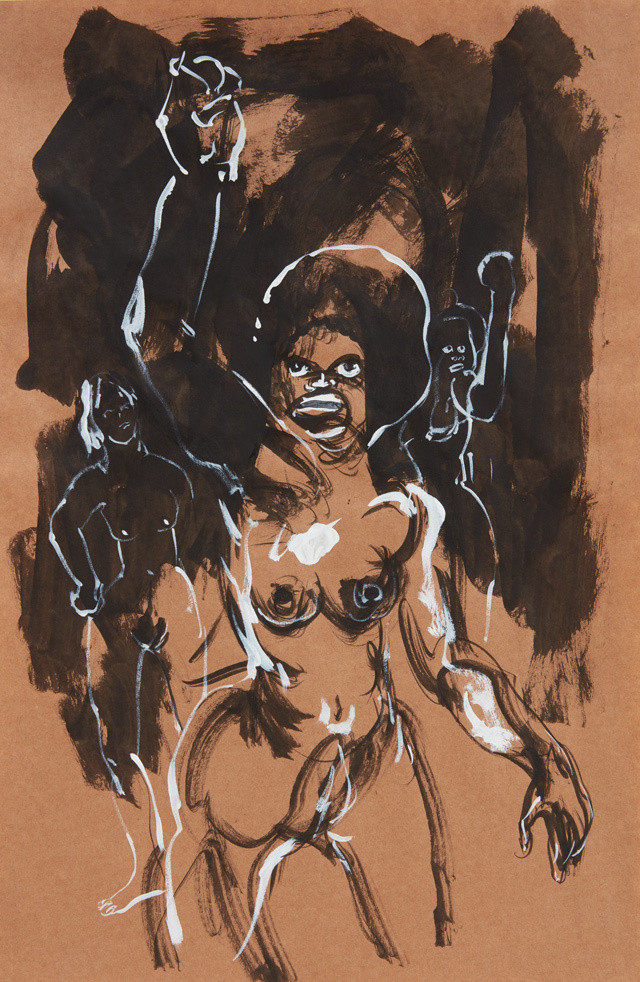 “A Shocking Declaration of Independence,” 2018Now, Kara Walker has opened up her personal archive for the first time, revealing a spectacular and staggering abundance of over 600 works on paper from the last 28 years. Sketches, studies, collages, silhouettes, rolls of paper several meters long, elaborate large format works, diary-like notes, thoughts typed on index cards with a typewriter, and records of dreams are all a part of the archive. Looking at them, one could think that one is wandering through Walker’s studio, and at the same time, through her personal history. The drawings give rise to the feeling of observing the artist in the very act of making. Many of the sheets are like pages taken from a diary or sketchbook. Every stroke and every word has a poignant immediacy and power. Humor and rage, joy and frustration, love and hate—the entire gamut of emotions comes to the fore. 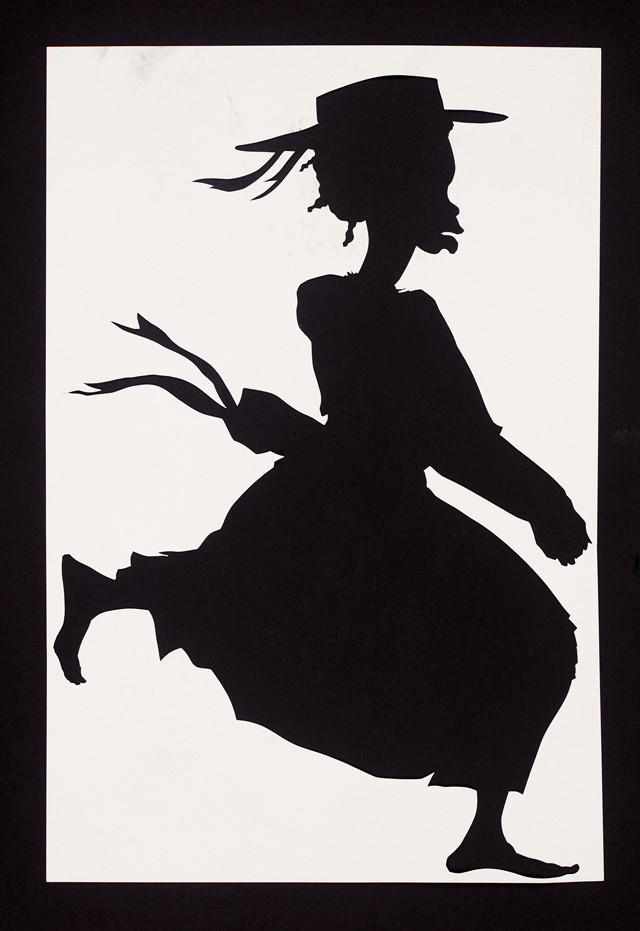 The spontaneity of drawing suggests a moment of something that cannot be postponed—an unrestrained need to express oneself and communicate. In an interview on the occasion of an exhibition at the Metropolitan Arts Centre in Belfast in 2014, Walker described this impulse as a “huge need to continue to draw, that’s where I get my desire to be an artist.” The aesthetics of a sketch can also be understood in connection with Walker’s identity as an African American artist. Her drawing practice implies the unfinished, the sketched, the not-yet-completed: an interim state that she also applies to herself as an artist and a person. Walker has repeatedly stated that she considers herself to belong to the margins of art and society, that unambiguous identification is not possible for her, that she is neither activist enough for African American artists nor truly subsumed into the patriarchal structures of the white establishment and is thus just as “unfinished” as her drawings. 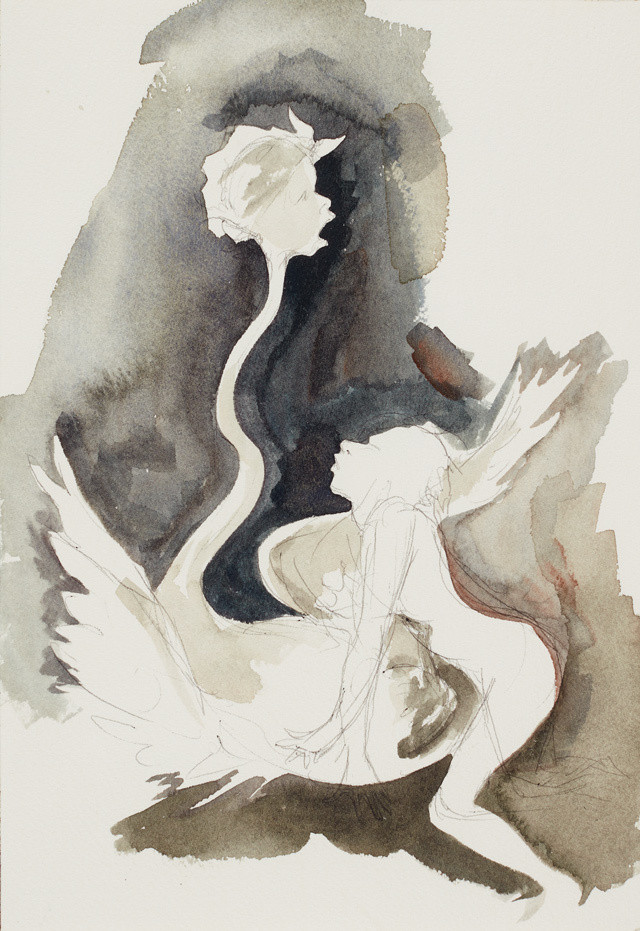 For an artist such as Walker, who is not seeking to cement her identity, but rather to understand and investigate its genesis and transformation, drawing is a medium that offers the ideal space. “Drawing is a process, a dance of skepticism and faith,” Walker wrote in the exhibition catalogue for her show, “The Ecstasy of St. Kara,” mounted by the Cleveland Museum of Art in Ohio in 2016. “Perhaps the drawing is preparation for a more solid objective or event. Drawing sets the stage for the future. Perhaps it’s a meditation on its own flawed being, existing as a series of spontaneous decisions, strung together and then selectively erased out. Perhaps the drawing remains in a state of suspended potentiality, never to be a ‘real’ painting, but striving to be all the same, pencil mark by pencil mark.”

A version of this essay was originally published in Kara Walker: A Black Hole Is Everything a Star Longs to Be, by Maurice Berger (author), Aria Dean (author), Anita Haldemann (editor), and Kara Walker (artist), JRP|Editions and Kunstmuseum Basel, 2021.

Corita Kent Was A Pop-Art Pioneer—And A Catholic Nun