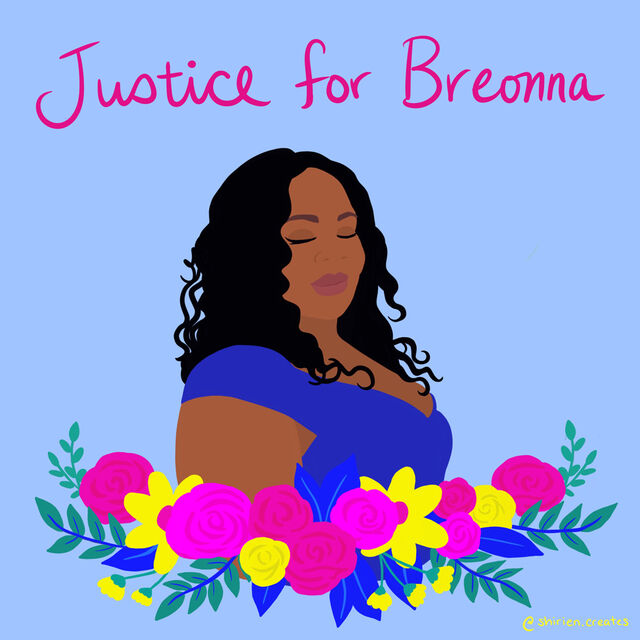 When 33-year-old artist Shirien Damra first learned about the death of Ahmaud Arbery, a Black man who was gunned down while jogging in Georgia last year, she, like many of us, was angry and heartbroken. As a gesture of solidarity with Black Lives Matter, and as a way to raise awareness about what happened, she created a portrait as a tribute—one that would display his humanity. Shortly after, she illustrated similar portraits for Breonna Taylor and George Floyd, two Black Americans who were killed by police. “Throughout history, we have seen victims of anti-Black violence demonized in the media as some kind of justification for their murders,” Damra says. “I wanted to challenge that demonization by creating something soft and loving for Ahmaud, Breonna, and George.” 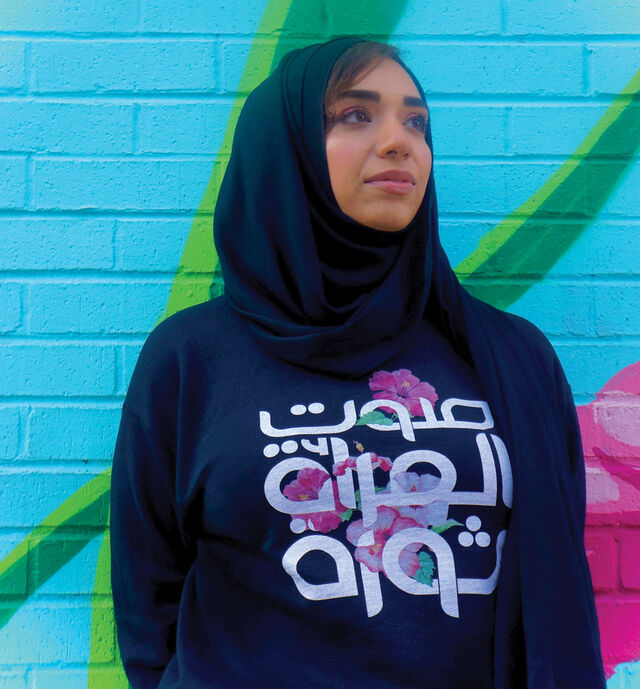 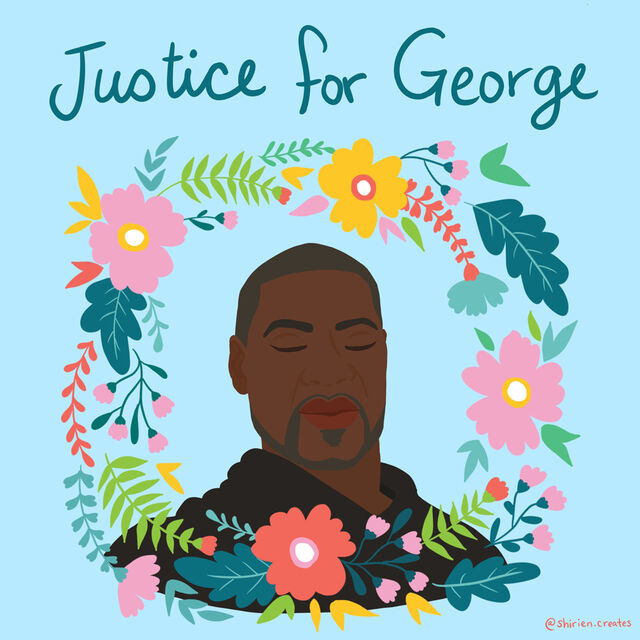 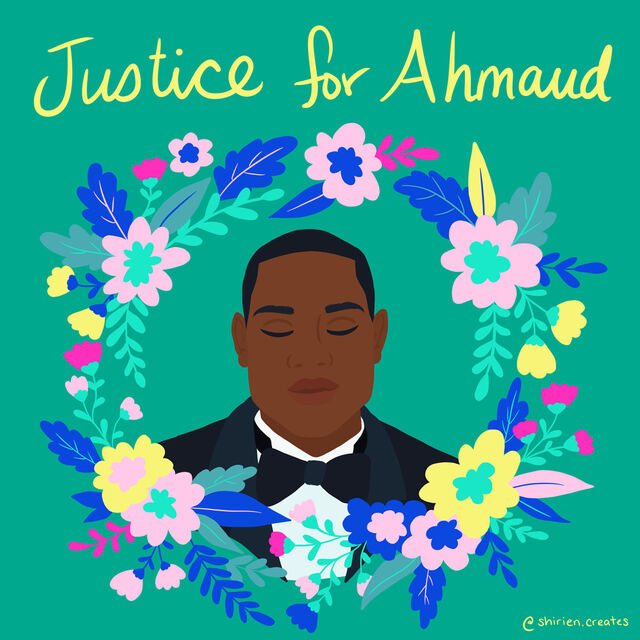 After posting those portraits to her Instagram feed (@shirien.creates), they immediately went viral and were shared by countless people, including well-known figures like actor Mindy Kaling and Congressperson Alexandria Ocasio-Cortez. Damra even received positive feedback from the victims’ relatives and was asked by Georgia’s NAACP chapter to create an illustration specifically for Arbery’s family. 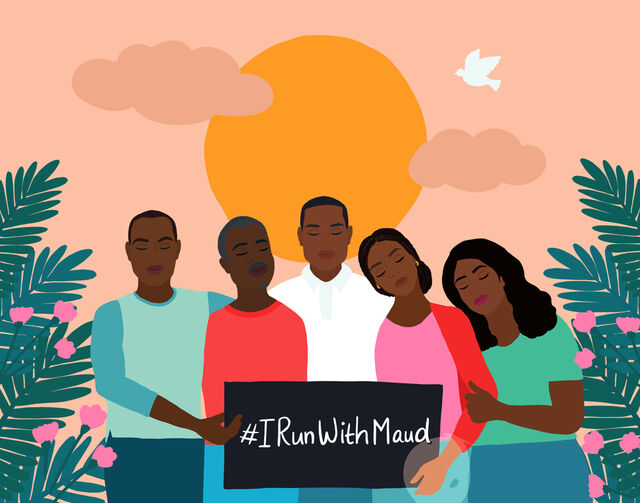 Coming from a family of Palestinian refugee immigrants, the Chicago-based designer has always known what injustice and racism look like. Art was one of Damra’s first loves, but after earning her master’s degree in sociology, she became deeply involved in community organizing and social justice advocacy. Her life reached a turning point in 2015, however, when she was diagnosed with cancer. Since then, Damra has been committed to using her art as a form of self-care and healing. “Creating is a great tool to help me process the dif-ficult emotions [that come with] social justice work and life in general as a woman of color,” she says. “The art I create helps bring together my passions for self-care, healing, and social justice to re-envision the world I want to live in.” 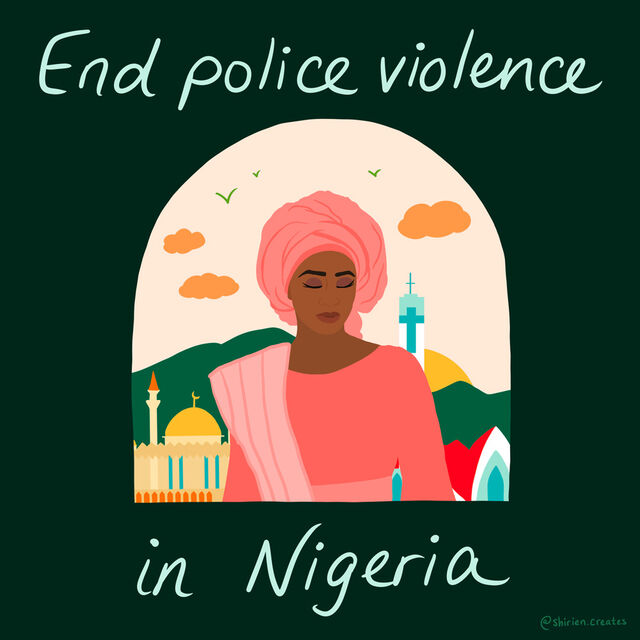 In addition to her portraits, Damra has also created illustrations to support and raise awareness for other important social movements, including Survivor Love Letter, Immigrants Are Essential, and #EndSARS. She believes artists like herself have the power to help people visualize change. “I hope to continue to use my platform to uplift marginalized communities and challenge systems of oppression through my art as much as possible,” Damra says. “I hope people can be inspired to do the work, whether it is internal work or bringing about systemic change. True healing requires both.”

Calling All Aesthetes: 10 Activist Artists Who Should Be At The Top Of Your Instagram Feed

Meet the Next Generation of Superstar Activists: Exclusive BUST Interviews

Tags: Shirien Damra , Ahmaud Arbery , Breonna Taylor , George Floyd , Black Lives Matter , Activism Art
Support Feminist Media!
During these troubling political times, independent feminist media is more vital than ever. If our bold, uncensored reporting on women’s issues is important to you, please consider making a donation of $5, $25, $50, or whatever you can afford, to protect and sustain BUST.com.
Thanks so much—we can’t spell BUST without U.