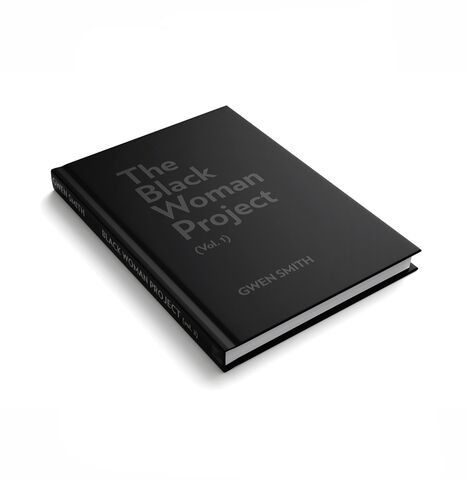 Gwen Smith enters her New York City studio, takes a near full body selfie, finds a reference photo of a Black woman she admires, and then gets to painting. The result of this continued studio practice of two and a half years are two, 240-page hardcover books entitled The Black Women Project (Vol. 1 & 2) available for purchase at gwensmithprojects.com. These pages are a documentation of the impact and influence of the Black women that Smith admires in her artistic practice and her definition of self. Smith considers each portrait a reflection on her selfie and an admired Black woman including Nicki Minaj, Kimberly Drew, and Maxine Waters. (Volume 1 even includes portaits based on BUST Magazine covers!) 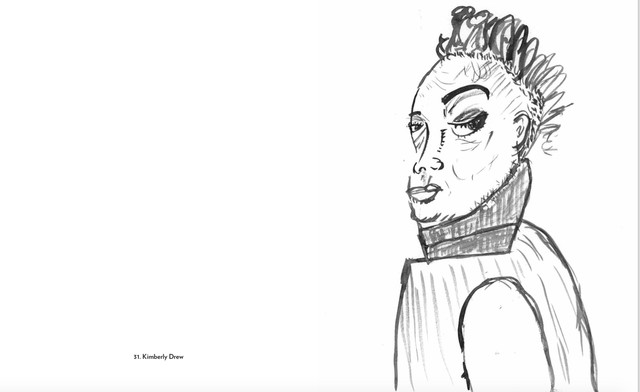 The Black Women Project is a compilation of Smith’s painted portraits in a sleek black hardcover book designed by Wolfy Part II & Jef Scharf. Between 2018 and 2020, Smith treated each portrait as a progress marker, doing the same practice everytime she was in the studio. Quickly, the process morphed into what is now Volume 1 of the project. Then, in just six months during the COVID pandemic, Smith completed Volume 2, inspired by the eruption of Black women’s visibility during Black Lives Matter protests.

Smith worked as a photography research editor for 15 years at Colors, Vogue, and the New Yorker to name a few. Her personal work’s entitled Tropic, Cancer, and Edgy are photo books that meditate on Smith's relationship with leisure and her environment. One of her most written about works, a zine called The Yoda Project, is a compilation of 16 years of family photographs with her partner Haim Steinbach and son, River.

A post shared by a Gwen Smith production (@theblackwomanproject_gram)

Smith’s new work, The Black Women Project draws on both of her past practices, taking the intimacy of The Yoda Project and the inner meditations of her photo books to create a documented exploration of the self in relation to those who have come before and those Smith walks alongside. This incredibly intimate journey shown through both volumes is like anthropological work, keeping a record of the contributions and influence of Black women in Smith’s life, including now her own influence on the art world. In an October 27 Instagram caption, Smith wrote, “It’s been an unbelievable honor to bring this project into the world- at this moment- after three years and many lifetimes in the making.”

Smith’s work is a practice in taking back the space that is rightfully hers to boldly venerate the Black women that inspire her self-exploration and artistic expression. To watch her process, check out these mini films: Volume 1 and Volume 2. Find the project on Instagram @theblackwomanproject_gram and get your own copy online at gwensmithprojects.com or at Dover Street Market New York

Tags: portraits , art books , Gwen Smith , Black Lives Matter , Black women , painting
Support Feminist Media!
During these troubling political times, independent feminist media is more vital than ever. If our bold, uncensored reporting on women’s issues is important to you, please consider making a donation of $5, $25, $50, or whatever you can afford, to protect and sustain BUST.com.
Thanks so much—we can’t spell BUST without U.