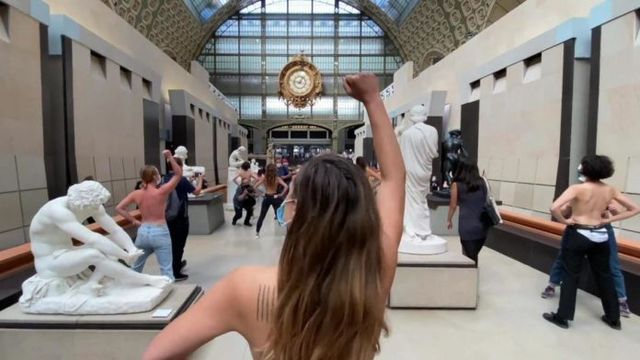 A group of around 20 FEMEN activists gathered topless outside Paris’s Musee d’Orsay after a woman was banned from entering the museum for showing cleavage. Protesters immediately showed up at the scene chanting breasts “are not obscene”, determined to confront the sexist discrimination that took place.

The student, alias Jeanne, who was turned down by the museum’s security personnel came forward in an open letter on social media, saying she felt discriminated against on behalf of the museums “sexist dynamics.” And in an interview with the Daily Star, Jeanne described the dress she was wearing, saying, “I wore it all summer. I feel good wearing it and it’s pretty… I am not just my breasts, I am not just a body.”

According to Mirror, Musee d’Orsay issued a press release saying they “deeply regret this incident.” As well as apologized to Jeanne on behalf of the receptionist’s inappropriate behavior.

Florence Howe, "Mother Of Women Studies" And Founder Of The Feminist Press Dies At 91