Drawing Vaginas Can Get You Jailed in Russia 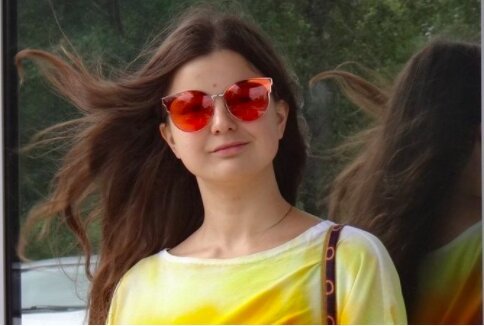 "My body is not pornography.” These are the words that are captioning many of the posts circulating Russia’s feminist social media right now. They’re written in support of Yulia Tsvetkova—a twenty-seven-year-old Russian artist and activist whose drawings of vaginas have landed her with criminal charges. If she is found guilty – which more than 99 percent of people who face court in Russia are – she will face six years in prison.

Yulia Tsvetkova has become a symbol of the consequences of Russia’s push for “traditional family values” at the expense of free expression. Her case is sparking resistance across Russia and beyond, @samberkhead reportshttps://t.co/i5332bYf3V

Tsvetkova faces charges of “spreading pornography” for promoting body-positive artwork on her social media group, “Vagina Monologues.” Mostly flowery imagery of vaginas and women displaying their pit hair captioned with phrases like “Real women have hair on their bodies—and that’s normal,” the group’s mission was to celebrate the female body and protests taboos around it. Seems innocuous enough—but in Russia, not so much.

As an outspoken LGBTQ+ activist and feminist, Tsvetkova has been battling gender oppression since her beginnings as a director of youth theater. In 2019, police started an investigation of her play The Blue and The Pink, which explored gender stereotypes. The artist was arrested on November 20 2019 and put on house arrest two days later, charged with “production and dissemination of pornographic materials.” She was also accused of spreading “homosexual propaganda” to minors and was later fined $730.

“I am from a small Russian city in a remote region, the whole place is censored by the city administration,” Tsvetkova said in an article with The Art Newspaper. “I set up a theatre and community center, and have actively spoken out on social media, so I went against their censorship. The persecution of activists, LGBTQ people, and feminists is a state policy, it’s happening all over Russia.”

When prosecutors confirmed on June 9 that Tsvetkova was still due to stand trial, a fiery wave of feminism befell Russia. On June 27, the national day of youth in Russia, over 50 media outlets organized a “Media Strike for Yulia,” demanding Tsvetkova’s prosecution be stopped. In Moscow, 40 people were detained for holding peaceful protests in solidarity with Tsvetkova. Influential artists, activists, actors, and journalists flooded social media with posts with the hashtag #forYulia and #FreeJuliaTsvetkova. Now, close to 233,000 people signed an online petition calling on authorities to drop the case against her. If you’re looking to mobilize with the Russian, you can sign the petition here.

Header image via of Change.org

It's Time To Stop “Stanning” Politicians