“Abortion is Normal” Art Exhibitions Are Opening in NYC 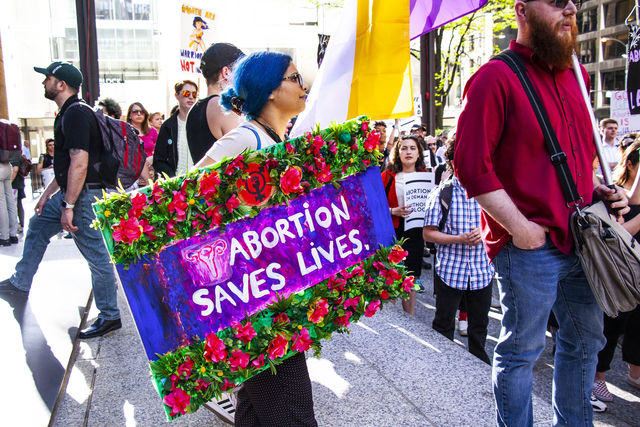 You heard us right, a brand new art exhibition about reproductive justice is coming to New York City. Organized last year in the wake of the Southern state abortion bans by Project for Empty Space’s Jasmine Wahi and Rebecca Pauline Jampol, “Abortion is Normal” opened at the Eva Presenhuber gallery late last week and is set to go up in a second location at Arsenal Contemporary on January 21st.

Labeled as an “EMERGENCY” exhibition, “Abortion is Normal” seeks to explore accessibility, abortion as a form of healthcare and reproductive justice and the notion of bodily autonomy as a whole. “This show is about reproductive rights, and more expansively about our right to own our own bodies,” Wahi stated in the official “Abortion is Normal” press release. Jampol added in an interview with ArtNews, “It’s really making you think about [abortion] as something that’s part of our healthcare that’s supposed to be normalized, and that we’re supposed to have this access. It shouldn’t be a fight for it.”

Thanks to everyone for an amazing opening last night of Part 1 of #AbortionisNormal @galerieevapresenhuber. Part 2 opens @arsenalcontemporary on January 21. Artwork is available now exclusively on @artsy at the link in bio.

50 artists are participating in the show, contributing a wide variety of pieces from sculptures, to multimedia creations, to photography, crochet and paintings. A series of watercolor painting by feminist artist Nadine Faraj depict portraits of nude women with empowering slogans painted on their bodies such as “Mi Cuerpo Mi Decisión” and “Yo Aborté” while another piece by artist Ektra KB titled “Anti-Facist Vending Machine” showcases beautiful beadwork with the word “COURAGE” in bold across the top. Other works include a portrait of the notorious RBG with reproductive rights warriors behind her and a painted letter to the infamous Brett Kavanaugh.

The various works of art on display at “Abortion is Normal” encapsulate the many facets of abortion, womxn’s rights and reproductive health, making in the perfect place for feminists and art lovers to witness art as a form of protest at its finest. What’s more is that Downtown for Democracy, the political action committee that aided in producing the exhibition, has vowed to donate a portion of the funds made towards educating voters on reproductive rights and combating the oppressive efforts of the Trump administration.

“Abortion is Normal” will be at Eva Prensenhuber from now until January 18th and at The Arsenal Contemporary from January 21st to the first day of next month.

This Artist And Activist’s Portland, OR, Shop Delivers Color And Hope

Frida Kahlo's Clothing, Jewelry, And Makeup Will Be Shown In The US For The First Time