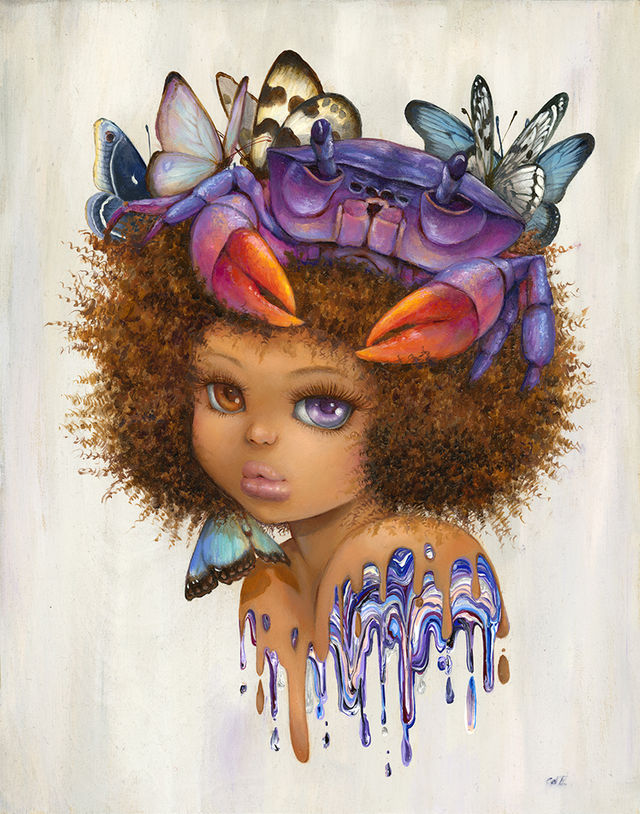 Walking up and down the con-floor of C2E2, there is a lot of fan art and artwork to take in. Amid the isles of Superman posters, typical images of big busty comic characters, and dark and brooding images of Batman is a colorful and sweet-smelling booth that stands out from the crowd. It’s the booth of artist and author Camilla d’Errico.

d’Errico has had art galleries of her work, done liscenced fan art and worked in comics, among other media genres. Her soft lines, pastel colors, and (iconic) big eyes are her mark: it’s very hard to walk by her booth and not get lost in the euphoria her work brings out. “I feel like I’m a candy store in the middle of a metal show,” d’Errico tells BUST. “My stuff is like cotton candy, and I think it stands out, and I think people really appreciate that.”

d’Errico has been working in Con shows for 20 years, and says a lot has changed over that time, especially when it comes to inclusivity and representation.

“I think it’s really cool. I’ve always just thought of myself as just an artist and not a female artist, but the more I think about it, the luckier I feel – because 100 years ago, women weren’t allowed to do art. I realize now I’m so lucky. I feel like if I can inspire other women to say yeah, I want to do art too, they can make a serious career out of it,” d’Errico tells BUST.

A lot of her exposure is thanks to her relentless work at Comic Cons around the country. Now, d’Errico has coloring books, comic books, and art books printed with large comic houses such as Dark Horse, in addition to her gallery shows. d’Errico explains how, although Comic Cons are more inclusive now, in her earlier years of working, the Cons felt more like a boys’ club.

She recalls how she really stood out at her first Con back in 1998: at San Diego Comic-Con, “Guys would literally peer their heads out of the booth an be like ‘is that a girl?’ But now,” she recalls, “20 years later, there are so many women here.” 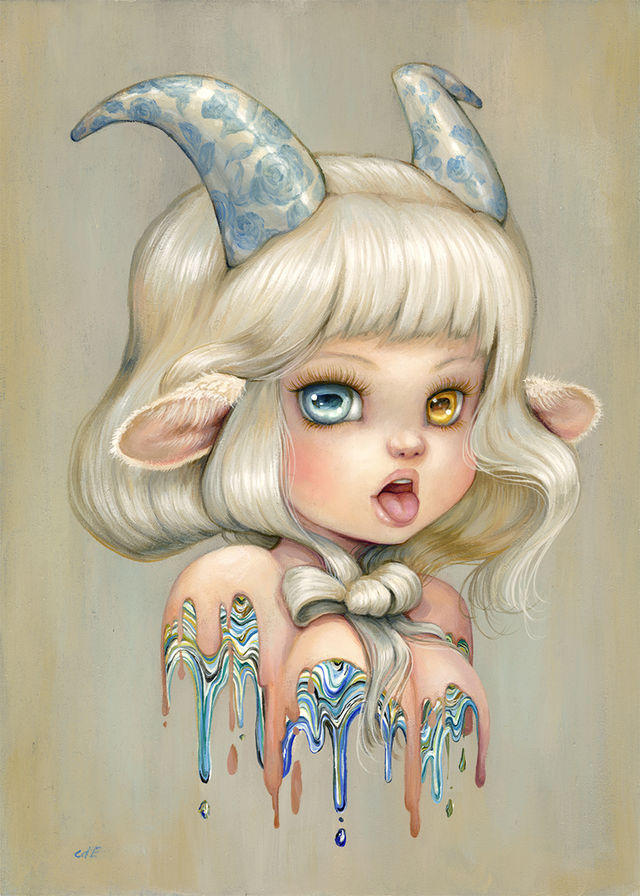 If you look at comic art and fan art from the ’90s and earlier, much of it was geared towards men. How many of us didn’t love Rogue, but felt some sort of dysmorphic body shame? Those images are changing. “Women are now part of [comic and fan art], and I think it’s great because there is so much more for girls. It’s not a boys club anymore,” d’Errico says.

Over the years, the work of female and nonbinary comic artists and colorists such as Jen Bartel, Joelle Jones, Tamra Bonvillain, d’Errico, and many more have really changed the game, especially at Cons. These artists and colorists are being commissioned to create comic cover varients and original work. They all have different aesthetics which are celebrated.

For d’Errico, working as an artist within this community has allowed her to create her own aesthetic and tap into two genres she loves, anime and Italian Rococo. “My love of both styles make me feel my art has a classic portraiture feel to it, but it also has a fun whimsical anime feel to it,” d’Errico tells BUST.

However, growing up, d’Errico faced some pushback on what art is and criticism that her work wasn’t art because she drew anime-inspired characters. d’Errico didn’t listen, though, and continued making her art and developing her aesthetic, which is all self-taught. d’Errico says with her artwork she wants to help people reconnect with their inner child.

“I think it sparks a piece of our childhood which, nowadays, more adults are getting into. They recognize that this is fun and it is creative and it is something they want to put in their homes because being an adult is so hard!” she says. “It’s something that makes them smile and brings them happiness.

“I think women have a lot to say in comics and in art,” d’Errico says. She goes on to explain that, by having artwork like hers showcased at Cons, it not only attracts people who are drawn to softer colors, but also it creates a safe space for girls and for people in general to enjoy more softer, emotional or expressive work at cons.