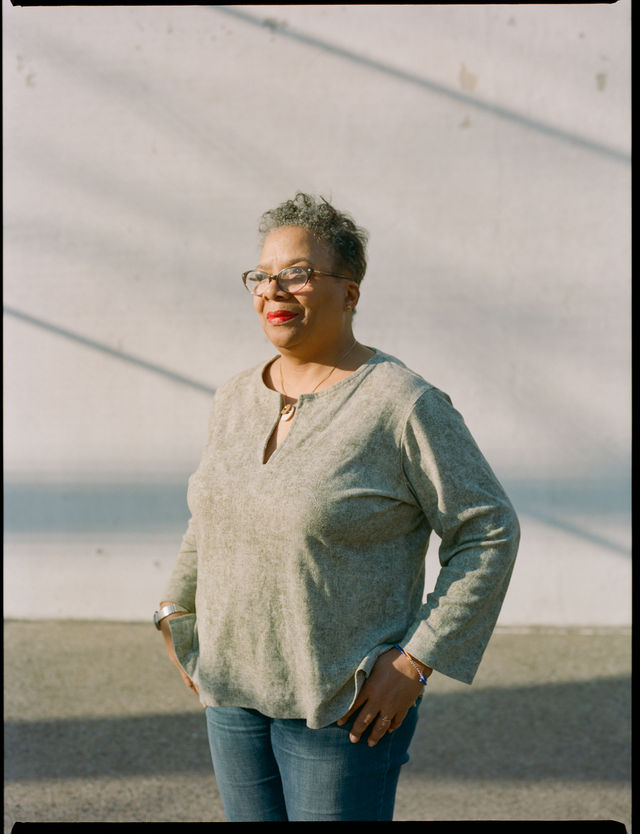 Centering around Bromfield’s life, the tender award-winning short documentary dives into her fond memories of growing up in the co-op, weaving in beautiful Super-8 footage that her mother had shot throughout the 60’s and 70’s.

As a way of preserving the analog memories, Bromfield digitized the footage that was left by her mother and shares the edited video clips on YouTube. She believes her mother’s intention of creating these films was to show that the lives of these people mattered and by sharing it with the world would be a way to pay tribute to her mother and the community that existed there before.

We connected with the directors to learn more on Cassandra, her treasured recordings, and their thoughts on how photography and video plays a significant role in documenting our personal histories.

Tell us a bit about yourself, how the three of you met, and what inspired you all to make this film.

We met as participants in a collaborative filmmaking residency program run by UnionDocs in Williamsburg in 2017. Ivana originally had an idea to make a film about cooperative housing in the neighborhood, which led us to Cassandra’s door. Once we heard Cassandra’s stories, however, particularly the ones about her relationship with her mother and their shared Super-8 archive, we shifted directions and asked Cassandra if it would be okay to make our film with and about her exclusively.

Is this the first project you’ve directed together as a trio?  What was that like, versus having one person direct, one person produce, etc.?

Into My Life is the first project we worked on together. We co-directed the film and the three of us worked pretty seamlessly as a team. Maybe it’s the benefit of our being three women, but we were able to divide and conquer different tasks as they arose on creative and logistical fronts without much fuss. Our way of working didn’t really follow traditional roles, but it worked for us and became an equally shared effort. Cassandra is an amazing artist and was so generous sharing her stories and archive with us. We felt very fortunate to collaborate with her throughout the process. 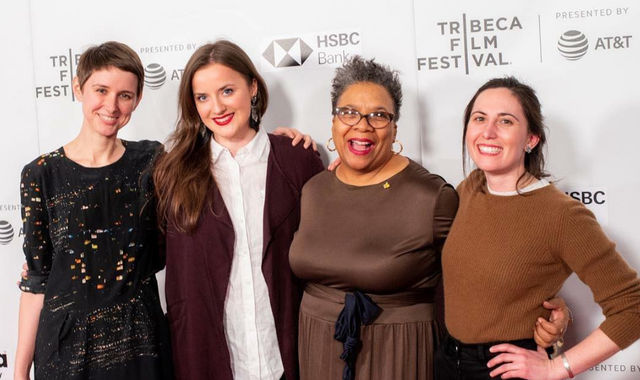 Photo of the directors with Cassandra at the premiere of Into My Life at the Tribeca Film Festival in 2018.

Let’s talk about the Bromfields! How did you meet Cassandra, and what drew you into her life and story?

We met Cassandra while researching Lindsay Park, the cooperative where she lives. She was one of the few residents who responded to our requests for interviews and, as it turned out, the first and only person with whom we ended up meeting. At the end of our conversation about her childhood in Lindsay Park, Cassandra casually mentioned that she had a trove of Super-8 footage that she had shot with her mother of Lindsay Park. Thus, the project was born.

Cassandra lent us a hard drive with digitized Super-8 materials, all of which we screened in order to tease out possible storylines for our film. What followed was an ongoing conversation among the three of us and Cassandra while we met regularly to conduct interviews with her and film her in her home, working on her dresses or editing her own videos. Early on, we decided that the structure would be based on asynchronous audio and therefore mostly only recorded audio when we interviewed Cassandra.

While editing the final piece, we shared our cuts with her to make sure we were honoring her story and her legacy in a way that felt right to her. Cassandra’s voice was and is central to this project; she speaks in very evocative ways, both about herself and about her mother. Figuring out how to present the audiovisual archive they created together, their relationship as mother and daughter, and the different stories that each of them told across time in the same space that Cassandra lives today became a challenging yet rewarding puzzle we pursued until the very end.

At what point did you learn about Cassandra’s mother and her filmmaking talents?

Cassandra told us about her filmmaking background during our first meeting with her; in fact, we used a lot of the audio from our first interview in the final cut of the film, even though that conversation had started out as one about cooperative housing in Williamsburg. As part of that discussion, Cassandra mentioned her mother’s penchant for filming her daughter and other residents of her housing complex and said she was making some short films on YouTube featuring said archive. We watched her clips and fell in love with her perspective on the importance of her mother’s work and of safeguarding her own legacy. When we screened the rest of the footage Cassandra gave us, we decided we had to make a film with and about Cassandra herself. The footage she and her mother shot was so joyous and beautiful; you could see and feel the love with which they filmed each other and the people around them. Throughout the course of the project, we never ceased to be amazed by the beautiful eye and vision that Cassandra’s mother had, and that her daughter still has to this day. 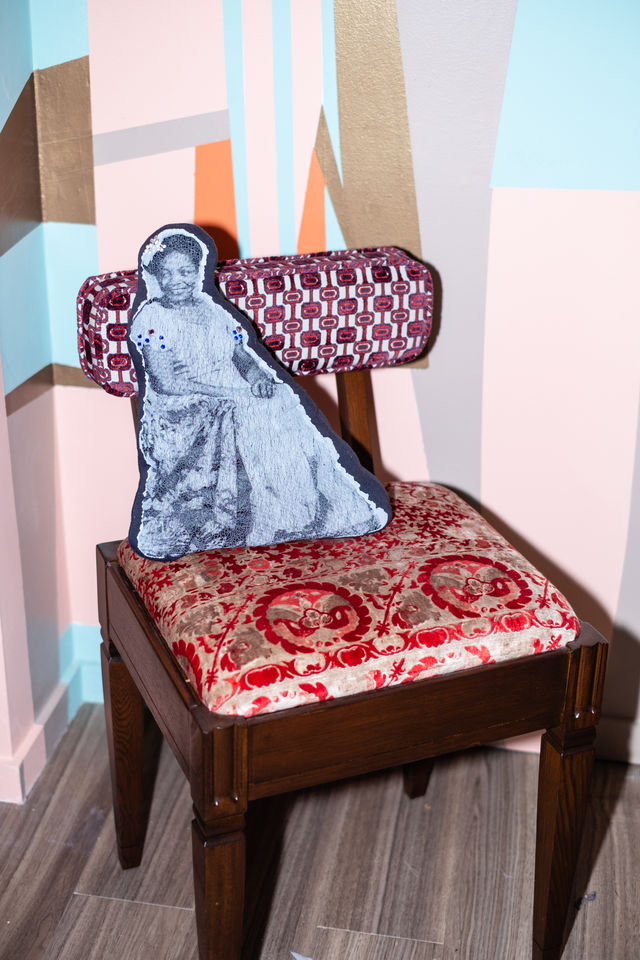 A pillow of M. Elaine designed by her daughter, Cassandra. Photo by Lanna Apisukh.

The Super-8 footage her mother shot is a beautiful portrait of the community they grew up in. What was it like discovering this footage for the first time?  Did it shape or change the original direction of the story?

Seeing the footage for the first time was magical. Super-8 footage is always beautiful to watch, but seeing this Super-8 footage, shot by two black women in Brooklyn in the '60s/'70s of themselves and other black people around them, was absolutely breathtaking. As a result of that first experience, we decided to focus on the archival material almost exclusively as a way of telling Cassandra’s story. 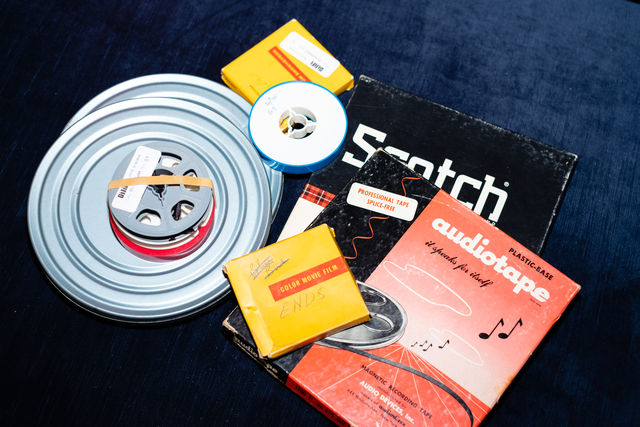 Do you think home recordings (photography and video) will continue to play a critical role in documenting our personal lives in the distant future?

Why make home videos in the first place? To document moments of time that we deem important or special and to share those experiences with our loved ones. With the passage of time, these materials become even more precious as we grow older, change, move, and even pass away. Our ability to turn to these home recordings to be reminded of who we were and what life was like at the time we hit record, took that photo, or recorded that audio is invaluable to each of us as people. When other people have the opportunity to share in that audiovisual legacy, they inevitably think of their own, respective stories and archives, but also can relate to the homemade, direct, and honest nature of the format in a way that is immediate, emotional, and pretty universal. They see themselves in others in what to us seems like a pretty radical and gut-level act of empathy.

Do you think you’ll continue to expand on this story of Cassandra and her mother?

We’re open to it. There are possibilities for expanding or sharing Cassandra and her mother's story, so we'll see where those lead and where Cassandra would like to take it. We’ve been thrilled and also very humbled by the continuing life of the film and have been, for the time being, focusing our energies there.

As a producer, Ivana is developing a feature documentary film about political art in the historical context of Eastern Europe, and as a director, she's working on a short documentary TV series about 100 years of women’s rights in Slovakia.

Following the thread of daughters and family relationships, Sarah is currently working on a feature documentary which brings together the stories of daughters who have taken over their families’ businesses, all operating in fields where women are the minority of the workforce. She is also directing/producing a short for BRIC and is working on a feature doc as an associate producer.

Cassandra also recently began a YouTube cooking show called “Cooking and Talking” with guests. Friends come in and make a dish and talk of family, work, life and about the food they are cooking. She also continues her passion of designing clothes. 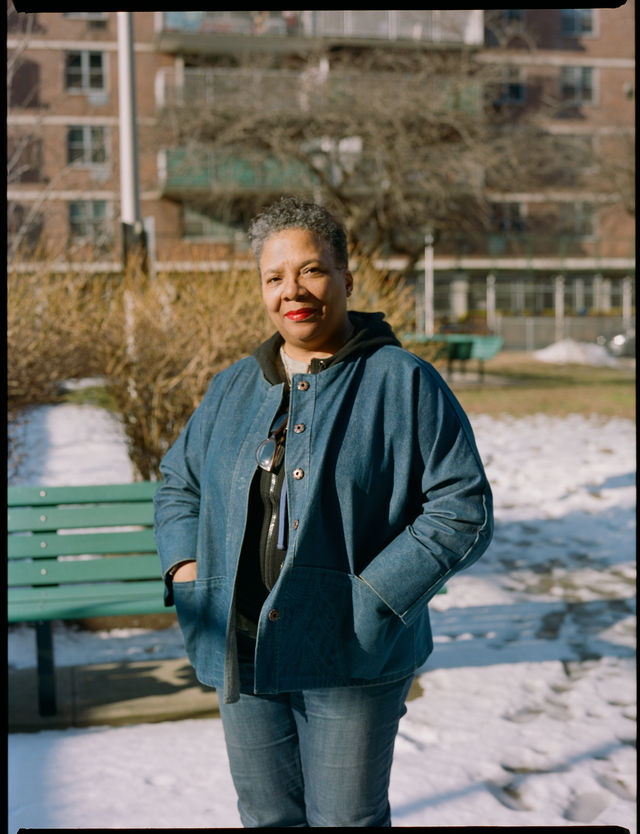 To learn more about Into My Life, visit Union Docs' website, and follow the filmmakers on Instagram for updates on screenings. Watch Into My Life here.

Top photo: Cassandra Bromfield at a handball court where Into My Life once screened for the community at Lindsay Park. Photographed by Lanna Apisukh.

Lanna Apisukh is a Brooklyn-based photographer specializing in lifestyle and documentary photography. She draws inspiration from places she visits and the people she connects with and aims to create authentic stories through her images.  Lanna is also a skateboarder and has worked with organizations such as Skate Like A Girl and Girls Riders Organization to empower females and help them build confidence through skateboarding. Follow her on instagram @apisukh and visit her website http://apisukh.com and her photography website http://lannaapisukh.com.

Tags: Ivana Huckikova , Sarah Keeling , Grace Remington , Cassandra Bromfield , female filmmakers , PBS shorts , short documentary , photoseries , Into My Life , short documentary , female filmmakers
Support Feminist Media!
During these troubling political times, independent feminist media is more vital than ever. If our bold, uncensored reporting on women’s issues is important to you, please consider making a donation of $5, $25, $50, or whatever you can afford, to protect and sustain BUST.com.
Thanks so much—we can’t spell BUST without U.