"Gloria: A Life" Is More Than A Play, It's An Experience 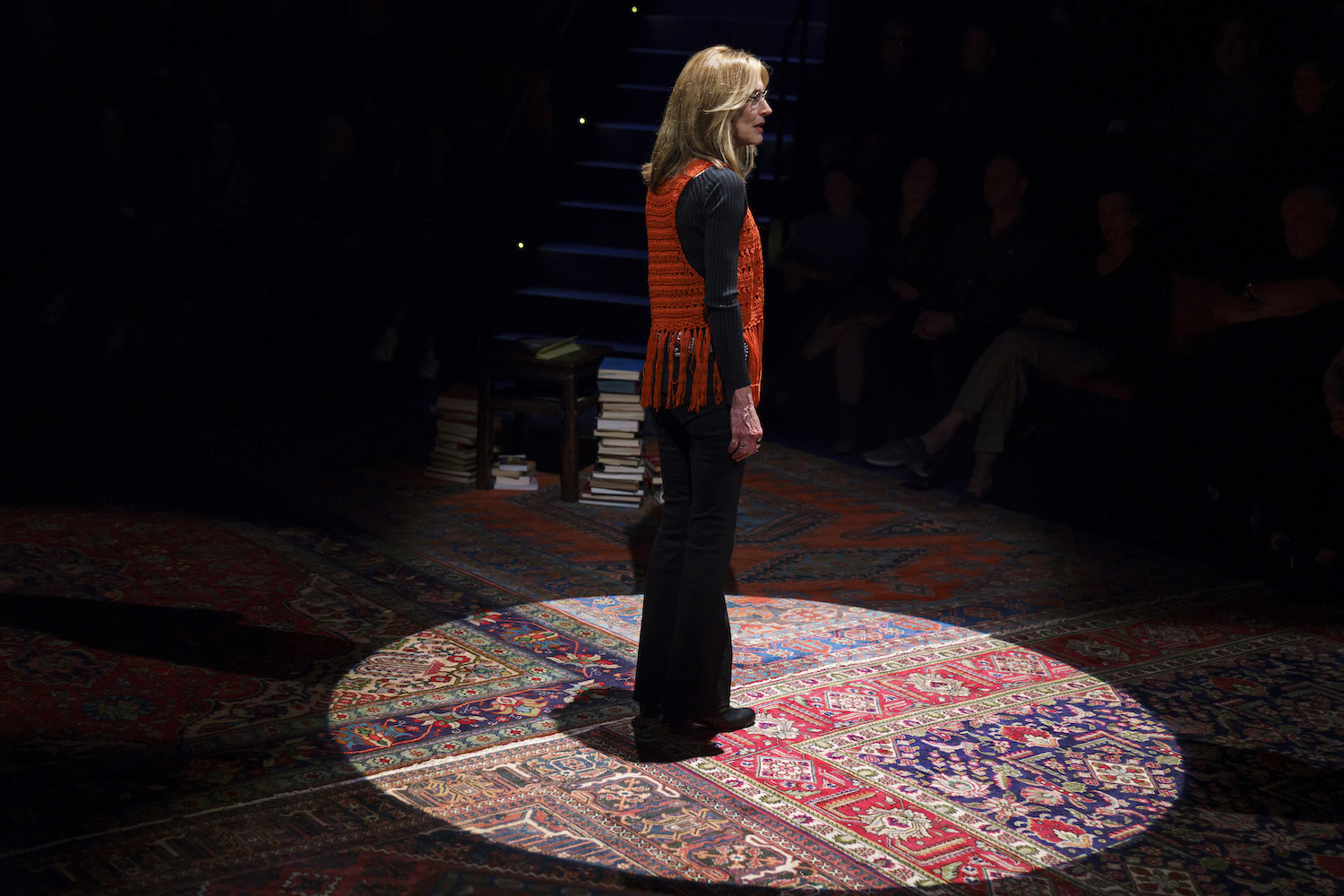 From the minute you walk into the theater, you realize this play is not just a show. This is a Gloria Steinem experience. The biographical play Gloria: A Life is currently playing in New York at the Daryl Roth Theatre, where the round staging seems to have been chosen specifically to reflect the talking circle that Gloria suggests as a way to equalize everyone. Every inch of the stage's floor is covered in persian rugs, and each individual seat is designated by a paisley velvet pillow. Make no mistake: You are in Gloria's home, and everyone is welcome.

It feels like every few months a new actress is in the news for portraying Gloria Steinem: Sarah Jessica Parker, Marisa Tomei, Julianne Moore, and Alicia Vikander, among others—and Gloria lovers hold their breaths. Before the play, I admit I had my doubts about how then-star Christine Lahti would portray Steinem: not doubts about Lahti's acting ability, but about how the play would believably show 50+ years of Gloria's activism. (Now, Patricia Kalember is in the starring role.) 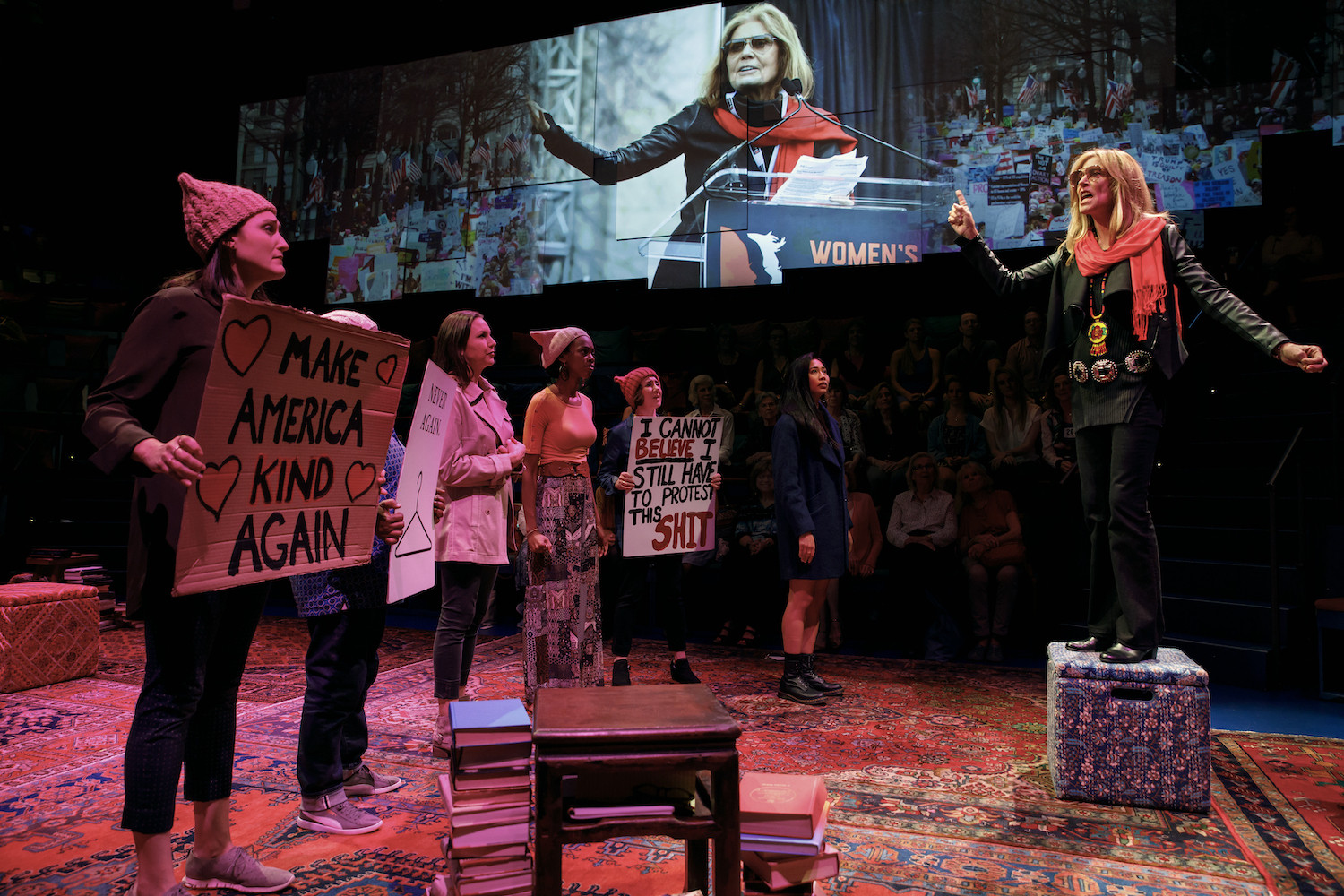 The cast of GLORIA: A Life by Emily Mann, directed by Diane Paulus, at the Daryl Roth Theatre. Photo © Joan Marcus.

From the minute the lead actress walks on as Women's March Gloria, the willing suspension of disbelief is ignited, and you know you are in good hands as the play leads you through the timeline of Gloria's life. Gloria's look has been captured so perfeclty that I was left wondering if Gloria loaned her actual wardrobe to the production. The play goes through a non-linear timeline of Gloria's life effortlessly, and the diverse ensemble cast of women does a fantastic job of helping to tell the story. Throughout the play, the ensemble effectively transform into various feminists, allies, and activists in the blink of an eye. A particularly powerful moment arises when cast member Fedna Jacquet steps up on a platform to recreate the iconic photo of Gloria and Dorothy Pitman Hughes, which is then projected on the walls surrounding the audience. Applauds ensues. 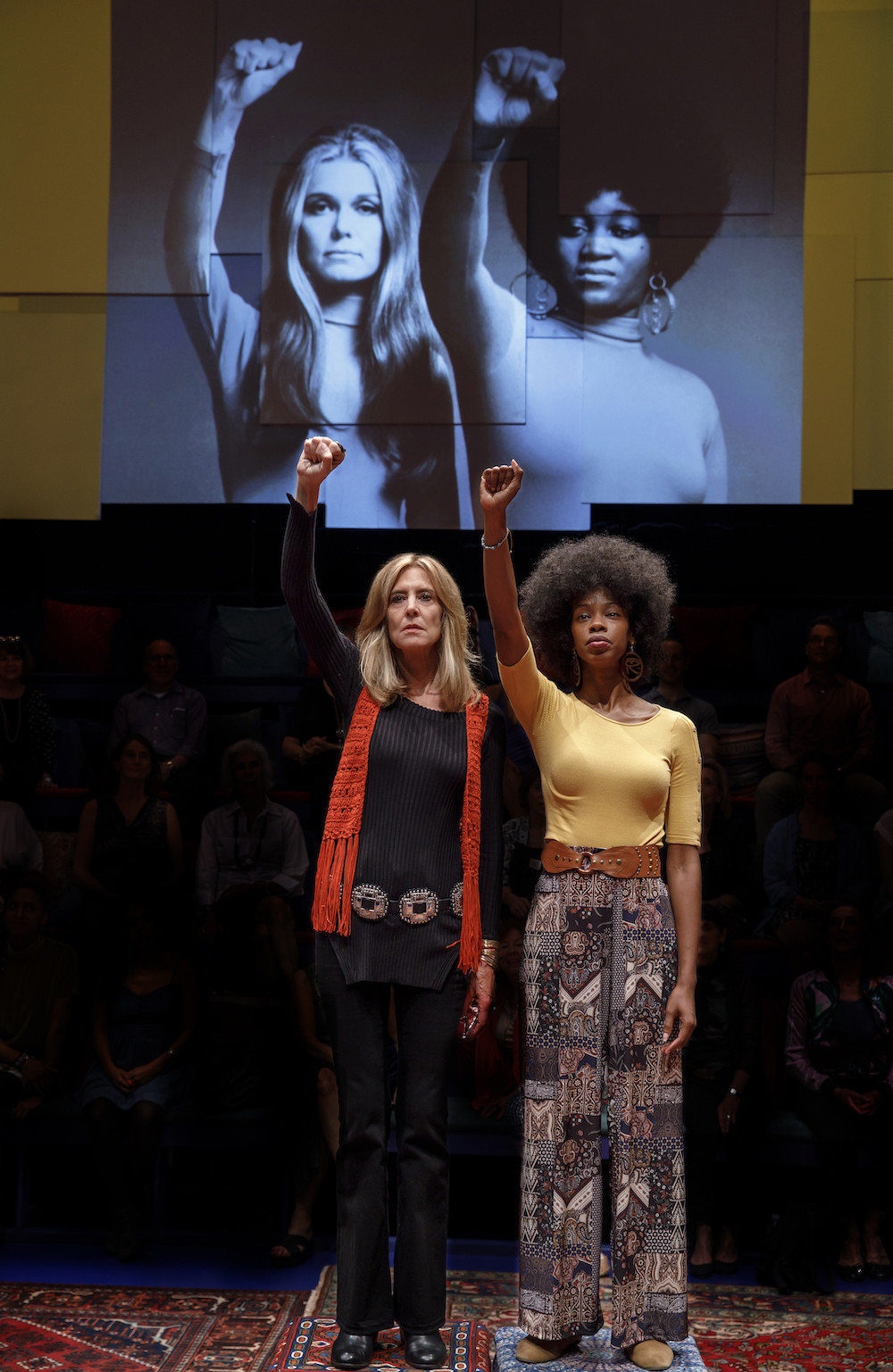 Gloria Steinem's most-quoted lines are peppered into the play, and her sense of humor is not left out, either. In fact, it is often used to cut the tension. There are a few scenes showing Gloria and the other activists dealing with various forms of chauvinism, a hard task for the writer Emily Mann to portray without making the play a downer. Mann dodges this traps by resting on Gloria's sense of humor to smooth over moments that would otherwise turn preachy. The play ends with a nod to Steinem's platform of inclusivity as the floor opens to the audience to speak their stories about what the 50-plus years of feminism has meant to them. 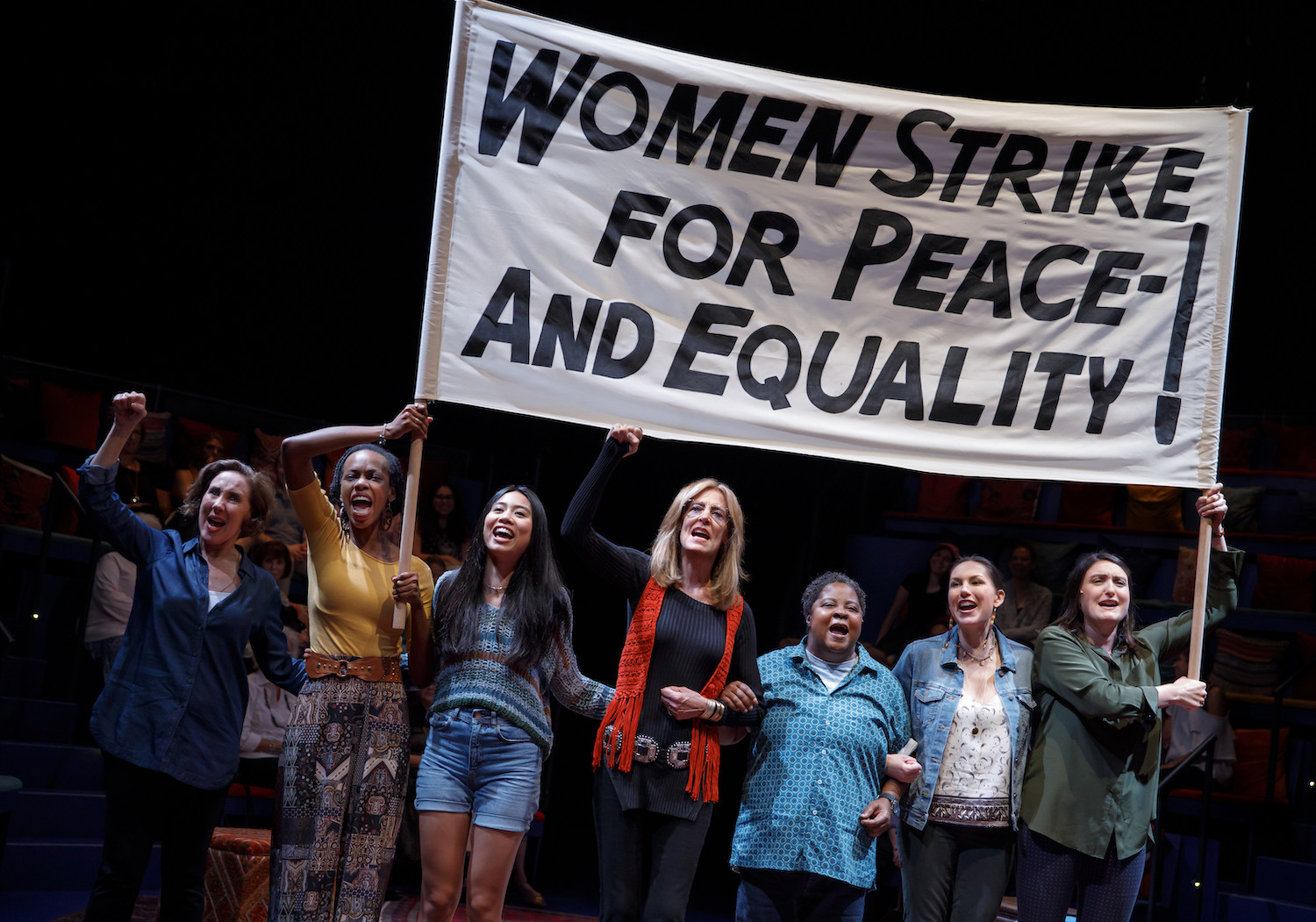 Gloria Steinem On The Road, Hillary Clinton And ‘The F Word’: BUST Interview