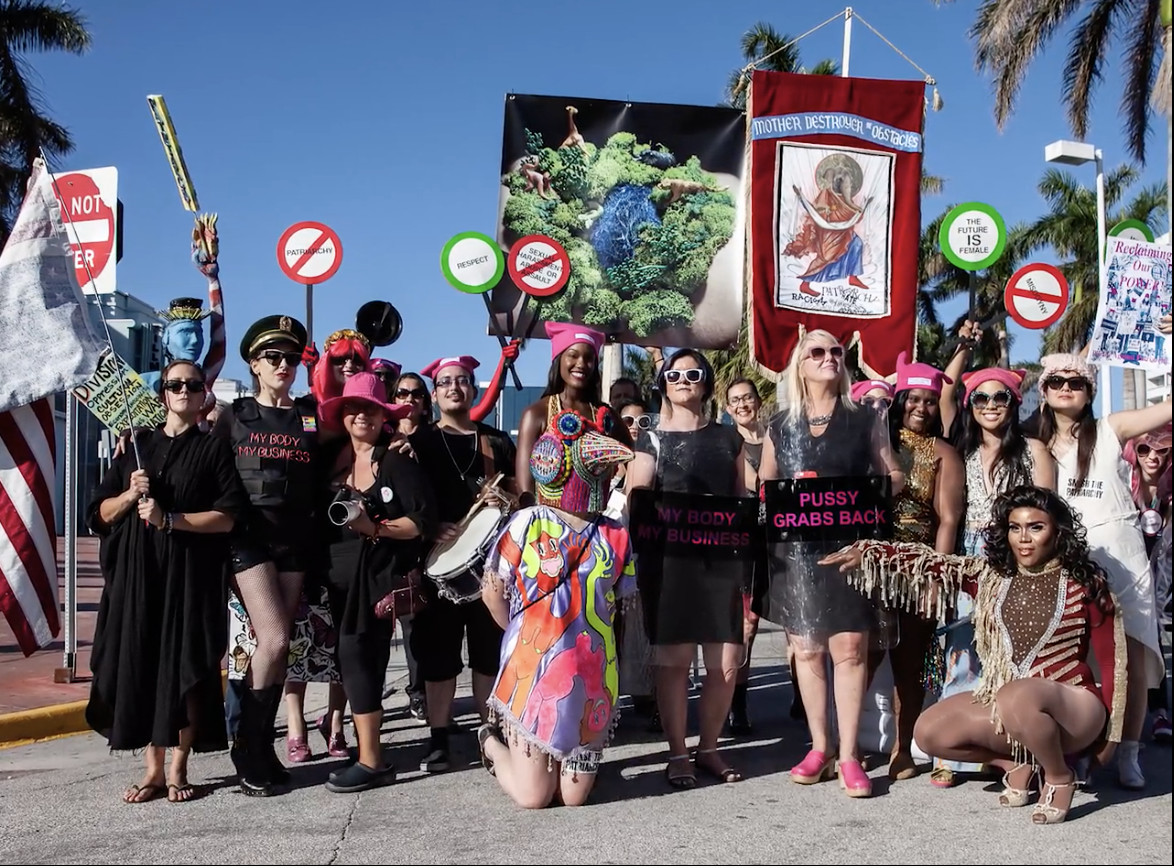 Swedish-American conceptual artist Michele Pred is no stranger to art performance activism. Since 2016, she has been a member of For Freedoms, an artist-run platform inviting creative expressions of civic engagment. You may know her from her amazing neon purses with sayings like Pro Choice, #METOO, Times up etc. Last December, she curated the Parade Against Patriarchy in Miami during Miami Art Week. It's a career defined by a singular mission: using art–and inspiring artists–to provoke a more radical tomorrow. Now, she’s taking the fight for America's midterm elections to New York’s streets.

On November 3,  we will gather in Washington Square Park for the feminist parade, Nevertheless We Vote. It’s a seismic time for the nation’s politics–and Pred aims to mobilize every citizen to the ballots. The parade will finish at the Nancy Hoffman Gallery. She’s also launched a Kickstarter (with a goal of $16,000) to help fund the parade’s ambitious collaboration; confirmed artists gathering include Yvette Molina, Bud Snow, Yana Evans, Coby Kennedy, Bayete Ross Smith, and Krista Suh. Also joining the parade social justice organizations such as Center for Reproductive Rights, Gun X Gun, and Remember the Triangle Fire.

BUST spoke with her on the organization, and conviction, needed to bring Nevertheless We Vote to life.

Why did you choose to incorporate a parade into a gallery exhibition?

I actually see the parade as more of a separate effort. There are common themes, of course, and the parade references the show. However, where my solo show represents my voice and commentary, the parade is a collective action meant to bring many artist’s voices together. It is also about highlighting art’s role in depicting and amplifying different and challenging voices.

How does the significance of bringing artwork into the streets of Miami and New York vary from bringing it into spaces like the Oscars?

Each venue has had unique characteristics adding to the base narratives about female empowerment and voice. Miami took place during Art Basel and so included the notion of alternative artistic voices making noise in a very establishment art space. However being on the street in Miami meant that we encountered Uber drivers, hotel workers, and construction workers. I'm interested in reaching an audience that may not go to galleries or museums. The Oscars reached a much wider audience and carried the ideas into a very privileged world. New York, with its unique energy, will be about amplification and urgency in the face of the mid-term elections.

Tell me about using fashion as a vehicle for politics.

I have always been drawn to the role fashion plays in both enabling and constraining women’s voices. While many, many aspects of fashion play out the history of denying a women’s fair role in our world, I also see it as an opportunity to flip the script and take control of what we say with our images and how the cultural eye sees us. 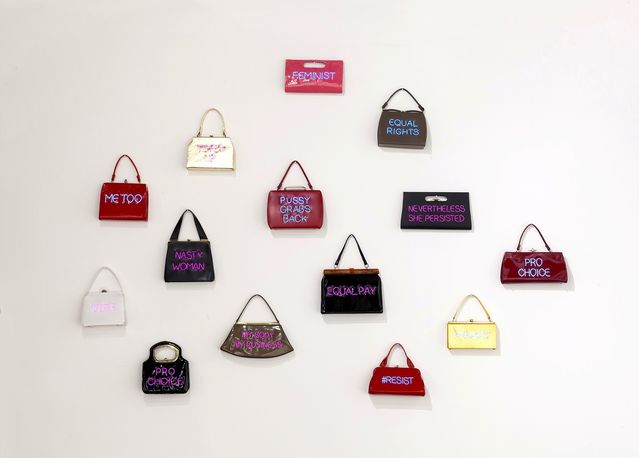 Art Parade Against Patriarchy was female-only, while the New York Parade is slated to include the work of male artists. What lead you to include men this time?

Miami was a first step and I wanted to provide a safe environment for me and my fellow female artists to try something new and build a sense of community and shared action. It was very much a learning and confidence-building experience. New York will be about helping to effect change on a national scale and that has to include male allies.

What message are you hoping to communicate with Nevertheless We Vote?

Whatever your vocation, whatever your perceived role in our society, making your voice heard is critical to a vibrant, healthy and just world. The math works out if we persist and keep showing up.

Do you think today’s artists have a responsibility to charge their work with political meaning?