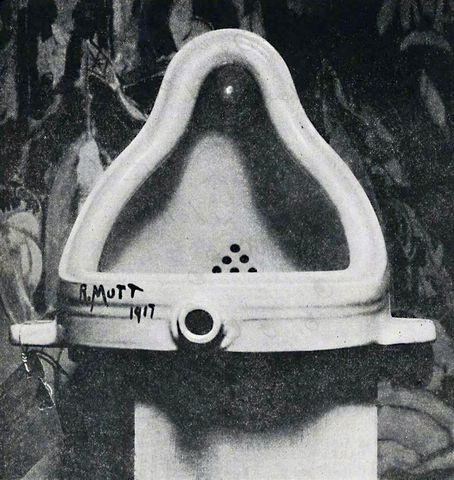 There is a long-standing history of male artists taking credit for women’s work, and the Dada movement was no different—even though Dadaism was an art movement founded in the rejection of logic, reason, and modern capitalist society. Dadaism was considered the “radical left” of the time but they still ignored, rejected, and excluded women from the canon of art history.

According to Open Culture, one of the many poignant examples of this is the authorship of the notorious Fountain from 1917. The Fountain, which is considered one of the most influential works of modern art, was created by a woman named Elsa von Freytag-Loringhoven. She was a well-known Dada artist and poet in the 1910s and 1920s. Her work was praised by Ernest Hemingway and Ezra Pound. Even Marcel Duchamp is quoted saying, “she is not a futurist. She is the future.” But apparently, he decided he wanted to be the future instead. 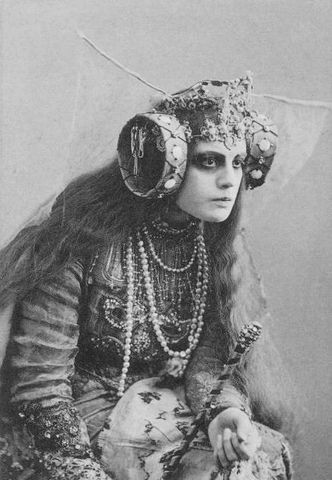 There are several pieces of evidence that support the notion that Freytag-Loringhoven is the real artist behind Fountain. In 1982, a letter was found from Duchamp to his sister in which he said a female friend entered the urinal into the New York show that he was on the board for under a male pseudonym—R. Mutt. She did this knowing that a woman submitting work would not be taken seriously. Once the board rejected the piece and threw it away, Duchamp resigned from the board in protest. All that remained from the original piece was a photograph taken by Alfred Stieglitz.

In 1935, André Breton—a well-known surrealist—brought attention back to Fountain, but attributed the piece to Duchamp, assuming he had resigned because it was his work. Duchamp not only did not correct him, but then began to commission replicas of the piece and pass it off as his own. Freytag-Loringhoven was not able to take credit at this point, because she had died in 1927.

Freytag-Loringhoven had been finding objects in the street and declaring them art long before Duchamp coined the term “readymades,” which he is praised for in the art world. Another big tip that he did not create the piece is that it was shipped from Philadelphia, where Elsa lived, while Marcel was living in New York at the time.

According to See All This, “the glaring truth has been known for some time in the art world, each time it has to be acknowledged, it is met with indifference and silence.” John Higg wrote a book called Stranger Than We Can Imagine, in which he covers this controversy in depth and concludes, “to attribute Fountain to a woman and not a man has obviously, far-reaching consequences: the history of modern art has to be rewritten. Modern art did not start with a patriarch, but with a matriarch.”

Top Image: 1917 photo of the original 'Fountain' by Alfred Stieglitz