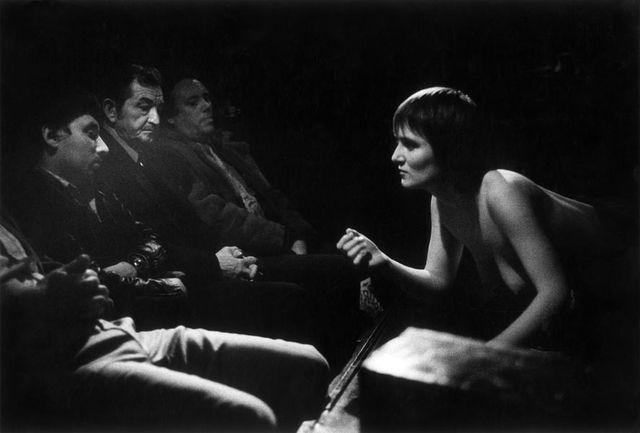 The Museum of London currently has an exhibition on display, London Nights, which includes a photo series of 1980s sex workers in London that has not been seen in 35 years. The series became a collaboration of photographer Tish Murtha and sex workers in Soho, London. Specifically, Tish worked very closely with Karen Leslie, a Canadian stripper, who did the writing for the project, which includes memories and anecdotes. Tish and Karen formed a close bond and created a series that empowered sex workers to feel in control rather than stigmatized.

Karen died in a tragic hit and run on her way back from a shift at a strip club shortly after the series wrapped. This left Tish devastated and she did not feel able to show the work they had created together. Tish died suddenly several years ago. Tish’s daughter, Ella, was born towards the end of the project and has been unearthing their pictures, notes, and any other artifacts from the project. She is passionate about their work and the story of their friendship being shared. Ella also shared behind the scenes photos of Karen and Tish working together. She said, “It’s been like detective work piecing the story behind the project together, like a jigsaw. It’s a privilege to do it, I feel very lucky, otherwise the story would have died with my mam.” 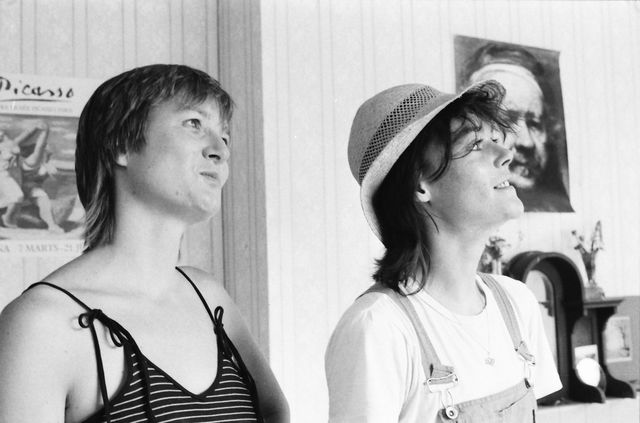 The two met when Karen had returned from a summer in Italy working as a champagne waitress and experienced intense sexual harassment. According to Ella, “she was shocked by how men treated her there; she wasn’t naïve, she’d worked as a stripper in London on and off for a few years, but that experience left her very shocked.” Around the same time, Tish had been approached to shoot a series on sex workers. They set out to explore why people in the sex industry were treated so poorly.

Through stories told by her mother and going through the documents herself, Ella knows many anecdotes about that era. She shared, “Karen was a trained classical dancer from Canada who was working in London as a stripper. Her parents were strict Mormons and had absolutely no idea that she was stripping to support herself. I remember my mam laughing while telling me of the time that Karen’s parents visited from Canada and they all went to great lengths to be on their very best behavior and threw a very elaborate candlelit dinner party with all their friends at the house in Little Russell Street to keep up the respectable façade.” 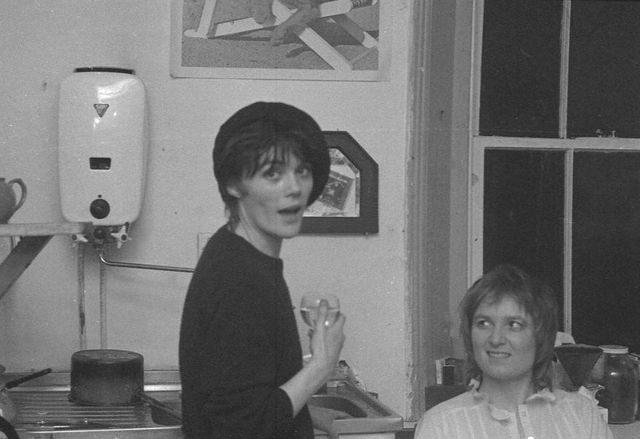 Aside from their friendship with each other, Tish and Karen developed friendships with other people who worked in the sex industry. The exhibition was about them and their lives. Ella said, “The series could have been voyeuristic, but it wasn’t, people trusted my Mam and Karen, they worked well together.”

The images use of text and image is essential to the project. Tish wrote at the time that it was essential for them to utilize both because to view one aspect without the other would limit and distort the messages of the work. Each of the images is paired with text, but we were only about to share a few. The rest of the images and text are on display now at the Museum of London and will remain on display through November 11th, 2018. 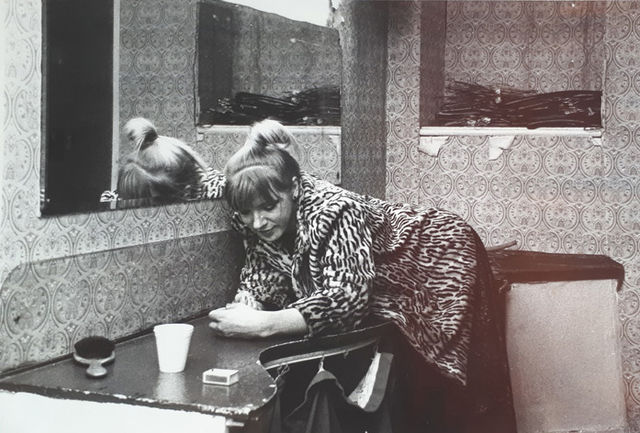 "As a stripper she was ambitious. She seemed to want some explosive combination of love and lust from her audience every time she performed." Danny in the dressing room 1983, "London By Night."

Karen with punters at the Sunset Strip Club, from the series "London By Night." 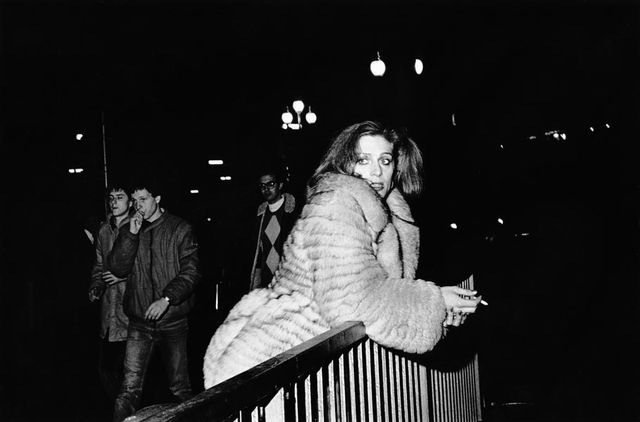 "Linda," from the series "London By Night." 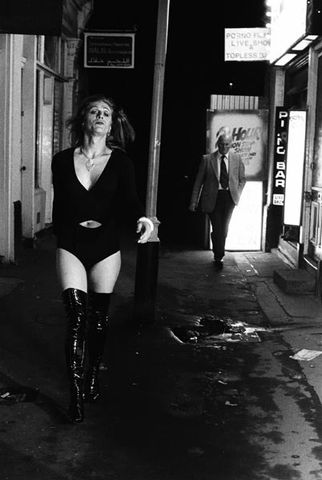 "Madame Pain Linda," from the series "London By Night." 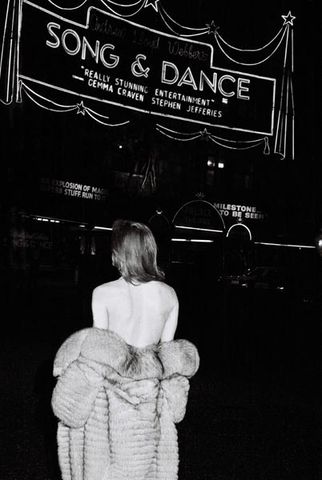 "I went out with Linda one night when Soho was quiet. She shouted, ‘You want to make love ,darling’ and exposed her breasts on the street as usual but didn’t get much attention." "Song and Dance," from the series "London By Night" 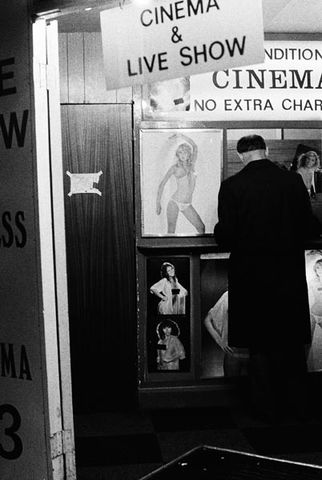 "My girlfriend wanted a 4 week break or something and I was in the West End anyway and I had £20 in my pocket and discovered myself walking up the stairs to one of these ‘models.’" "The Words of a Paying Customer," from the series "London By Night. "

Top Image: Karen with punters at the Sunset Strip Club from the series London By Night.

all images courtesy Museum of London

Tags: sex work , London , Museum of London , art , photography , 1980s
Support Feminist Media!
During these troubling political times, independent feminist media is more vital than ever. If our bold, uncensored reporting on women’s issues is important to you, please consider making a donation of $5, $25, $50, or whatever you can afford, to protect and sustain BUST.com.
Thanks so much—we can’t spell BUST without U.