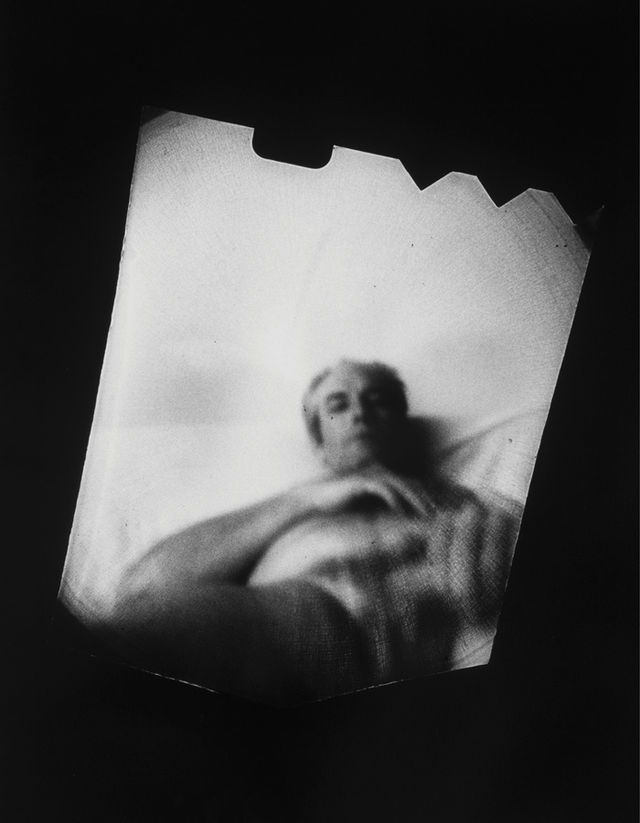 Imagine capturing a feeling on film, transforming the unseen vibrations that exist between two people in an intimate and vulnerable space into a photograph. Artist Dani Lessnau, 31, does just this, photographing her lovers using a pinhole camera placed inside her vagina. Hailing from Lee, Massachusetts, Lessnau moved to New York at 18 to study art, but illness forced her to leave school, and she focused her energy on yoga, meditation, and holistic healing. During her 10-year period of adapting to a chronic condition, Lessnau realized she needed to return to photography, which she now uses to empower herself as a woman and an artist. Here, she speaks with BUST about her process of discovery. 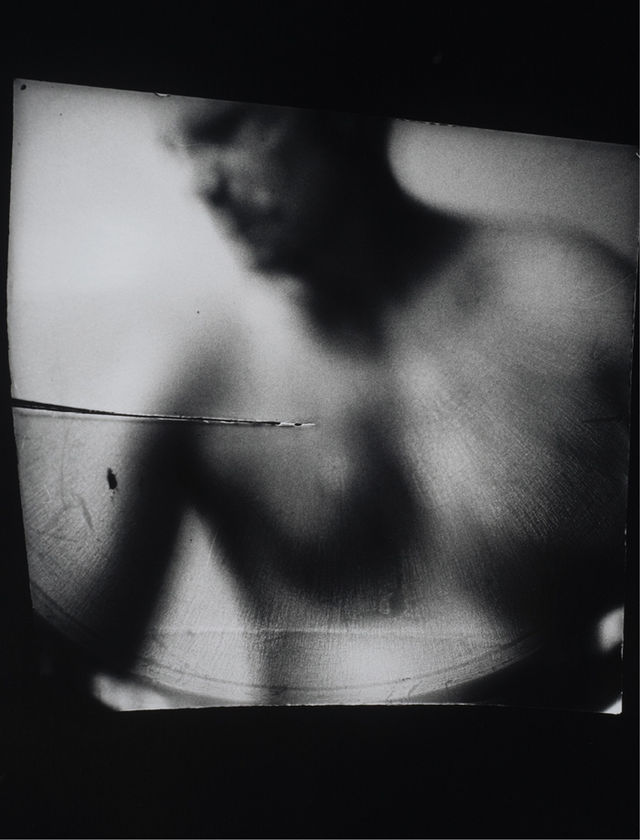 Please talk about the inspiration for this body of work. How did the idea come to mind?

When I saw [artist] Ann Hamilton’s pinhole camera placed in her mouth [in her “Face to Face” series], I was like, “Oh, that’s possible!” Immediately I knew that’s what I needed to do. It was specifically the vagina because I was so curious about the way that breath interacts with that area and that space. It has so much to do with women’s pleasure as well. 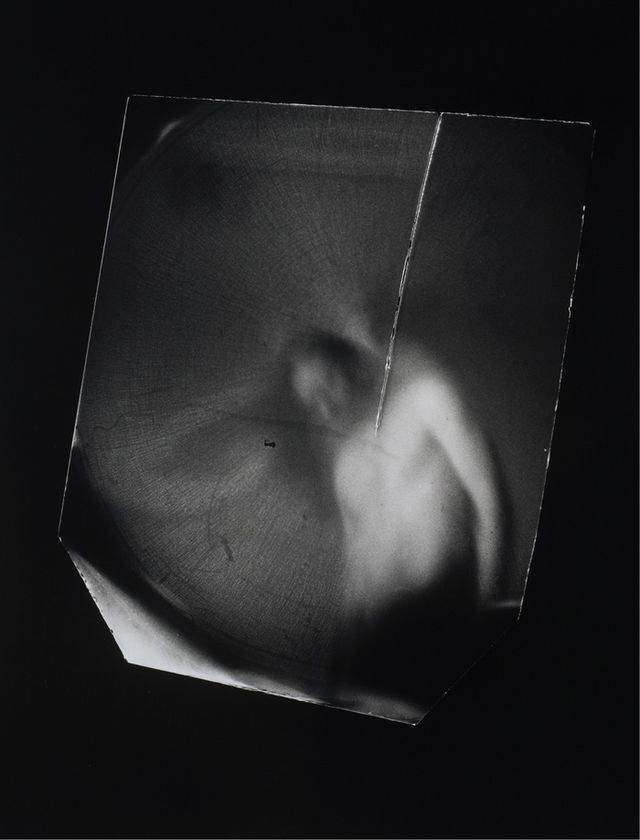 How did making art address your needs as a woman?

My illness awakened me to a layer of vulnerability within my body. There were also power dynamics in the relationships that I would fall into, and I began to question them. I always felt, innately, that vulnerability wasn’t at odds with strength. I felt like they were one and the same, but I had to find an avenue to get there—where they could intertwine and support one another, rather than be seen as opposites. I thought about the times in my life when I was happiest, and when I was vulnerable. There was a connection between vulnerability and that potential for happiness. This project materialized as a way to empower myself from that space of vulnerability and tap into erotic empowerment as well. Many of the taboos of my childhood came from the suppression of being sexual. 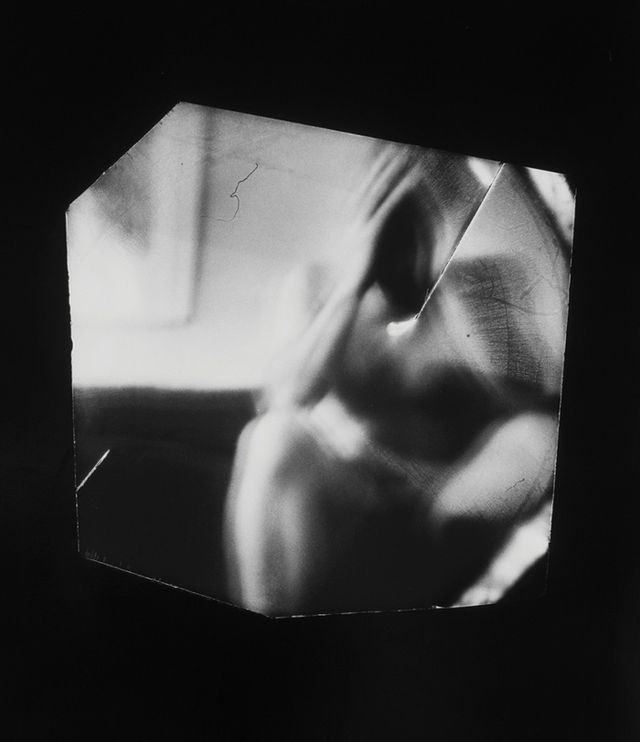 I’m fascinated by the unknowable space between people and how to feel, see, and translate a fraction of that. Since photography has such a strong relationship with documentation and a fluid relationship with the truth, it seemed like the right medium.

How do you take these pictures?

I made eight pinhole cameras out of old film canisters. I insert one camera and hold as still as I can, then I pull a piece of tape up to expose the aperture. Depending on the light, I run it for a certain amount of time, anywhere from a minute to two minutes. Then I put the piece of tape back down and pull the camera out of my body.

When the camera is in there, I’m very aware of it. It feels like penetration. There is a certain contact between the camera and my breath so that it becomes about my body while taking the photo physically. Mentally, there’s someone else there while taking the photo. It becomes about the dichotomy of these two things happening at once. There’s a shared space of something being created between two people in a vulnerable space, and there’s also this vulnerability to my own body, and feeling the layers that you can use to control your body, such as the breath.

Dealing with the film itself was such an experience, because the way I cut it up, I have to do it all in the dark. I can’t see anything. I’m just feeling. I don’t know how any piece falls in the camera—there’s no bottom or top or side, it just goes in. It’s something that’s so vulnerable itself.

I purposely don’t use gloves. I am rough with the film. Once the film is in the camera, it’s not changed. I don’t recut anything. Then, while processing it, the film is going through chemical baths and being moved around with my fingers. The processing becomes part of the work. Because of the physical nature of that, I’m seeing the film as a body. There’s a receptive quality to that area of the body receiving stimulus, and the light stimulating the film. It was intuitive—like, “Oh wow! It’s like magic!” 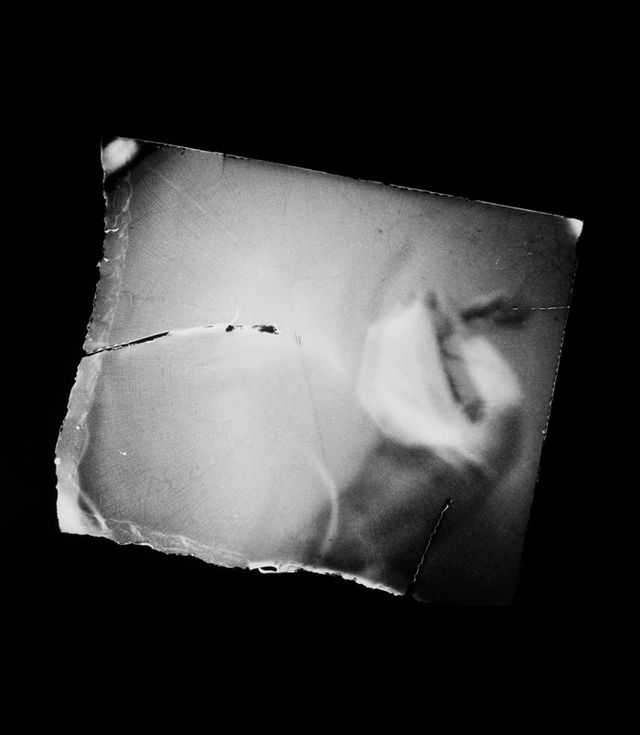 How do your lovers feel about being the subjects of these photos? How did you broach the subject with them?

They knew that I was exploring different layers of intimacy and searching for a form of expression and experience with that, and they embraced it. When I brought it up with them, I said, “I’m working on this project and I’d really like you to be a part of it.” I described to them what it was and what it would entail and they said, “Yes.”

There wasn’t a lot of discussion. They showed their openness through participation; there was a lot of trust there. It was a different form of communication that wasn’t based in a verbal dialogue. That was part of the experience of the project for me and I would anticipate it was for them as well. I think some things are better left unsaid.

How did they feel once they saw themselves captured on film this way?

They were silently embracing and taking in the imagery themselves. The interesting thing is, often my favorite photos were different from the ones that resonated with them the most. We each extracted different things from the work. 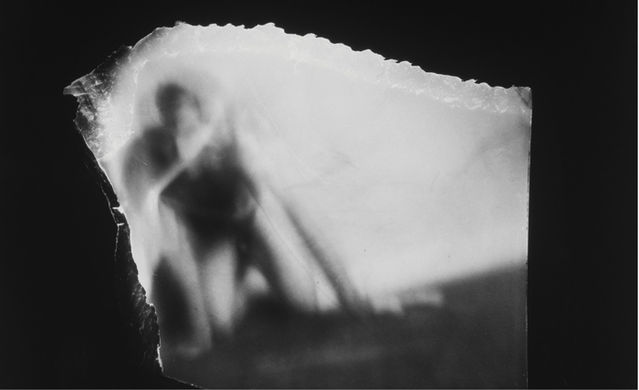 You’re shooting blind, so to speak. What do you see now when you look at the photos?

The most exciting moment for me has been to take something that I felt the whole time and translate it into sight. There isn’t a feeling like that. There’s a certain simultaneous distillation of uncanny, unexpected truths that comes out. It opens me to myself, to the person in front of me, and to the space between us. For example, there are two photos of the same man. It’s almost the same shot, but in the second one, he looks like a skeleton. There’s this layer I couldn’t even craft. It offered me something I was feeling that I didn’t even know how to go about producing.

How does your vulnerability allow you to discover these new realms?

You feel your own vulnerability and the space of yourself, and as soon as you tap into it, you feel the space where we’re all vulnerable, and we merge in a beautiful way. When you break the constraints, habits, and addictions to perfection, you can allow this chaotic potential to surface. Once you get a taste of that, you can’t go back.

This Art Show Celebrates One Year Of Resistance Against Trump

This Art Exhibit Will Take You Into A Different World