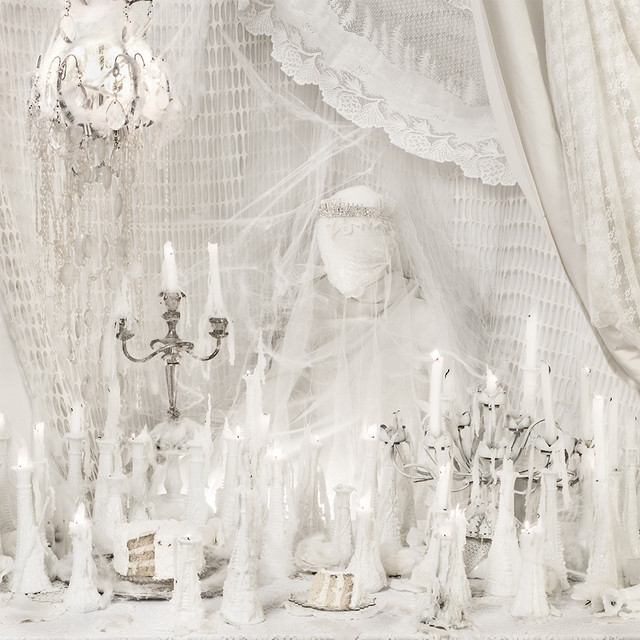 You've probably heard the phrase 'For most of history, Anonymous was a woman,' a paraphrase of a Virginia Woolf line from A Room Of One's Own. Artist Patty Caroll explores a similar idea in her series Anonymous Women. Now collected into a book of the same title published by Daylight Books, these haunting images explore the way women's lives have been defined by gender roles around femininity and domesticity. As Carroll writes:

"Pay no attention to that man behind the curtain," commanded the Wizard of Oz, a small, ordinary person hiding behind a curtain pulling strings, levers, and other apparatus creating the illusion of power.

Many women find themselves in this position, silently and powerfully running a home and family, creating beauty and order from chaos, but unnoticed by the outer world, the people around them, or even themselves. Yet, obsessing and perfecting the home and its accoutrements often shape the identity of many of us (not only women.) Perfecting a space with objects or décor becomes so central that one's identity becomes fused with it to the point of invisibility.

As a woman artist, I am confronting emotional issues of hiding, comfort, and safety; how the home environment is a place of perfection, yet decoration can camouflage one's individuality to the point of claustrophobia. The draperies in these photographs act as both a visual cue as well as a literal interpretation of over-identification/obsession!

Carroll has allowed BUST to share a selection of images from her Anonymous Women series; for more, check out her website pattycarolll.com and order the book Anonymous Women from Daylight Books. 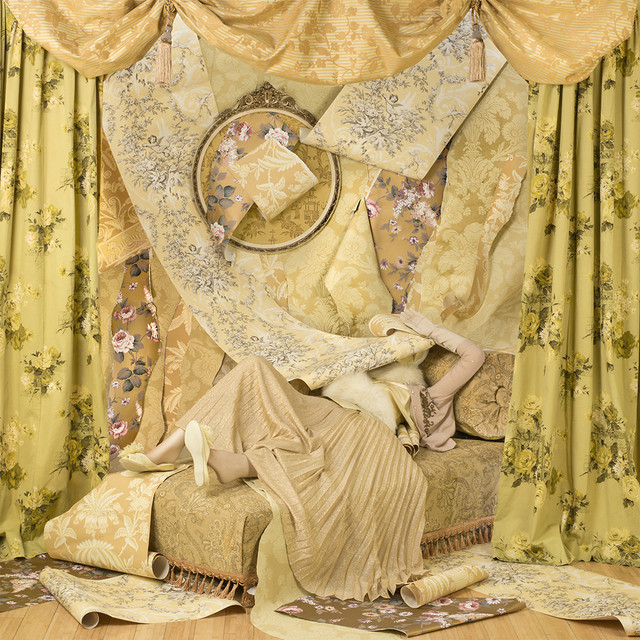 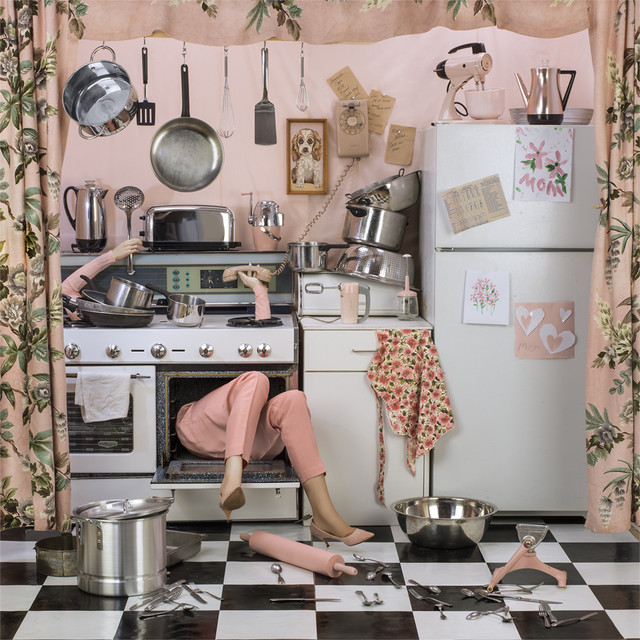 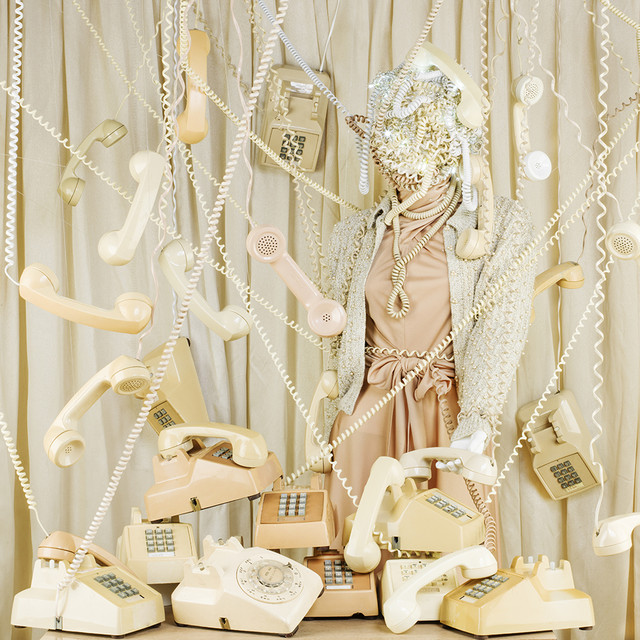 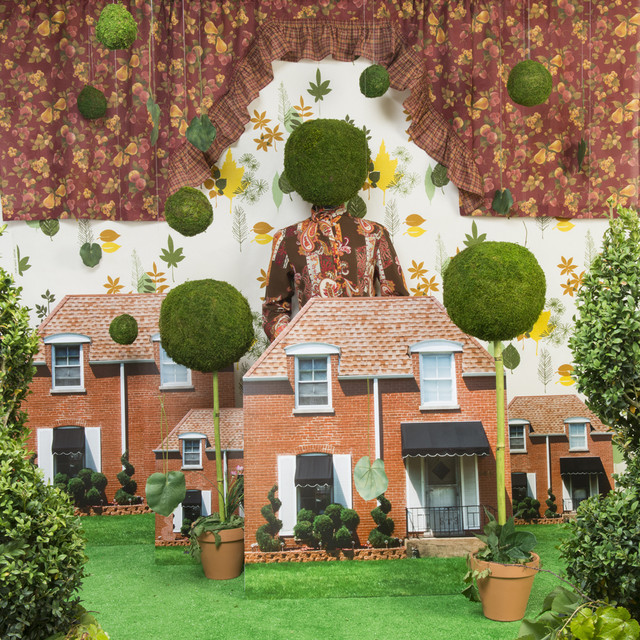 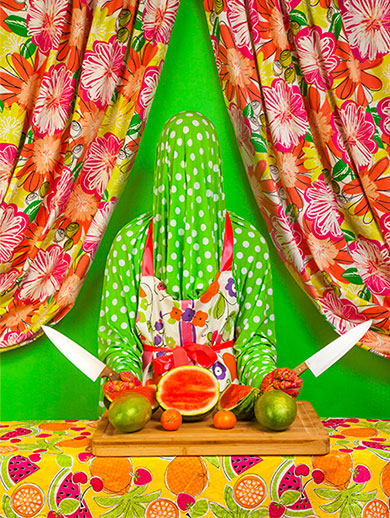 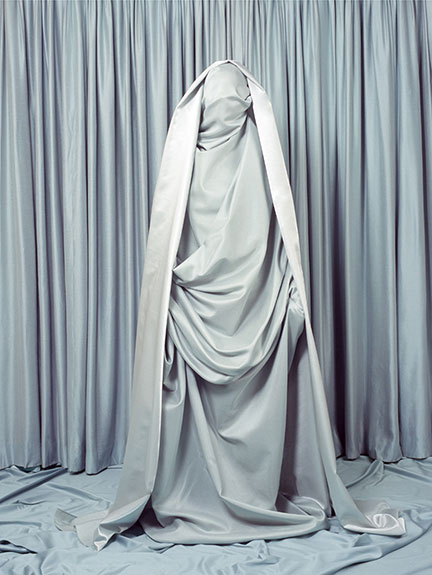 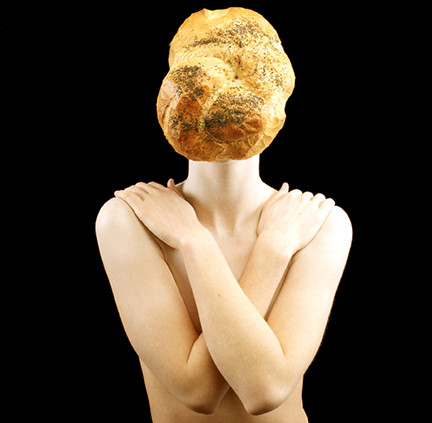 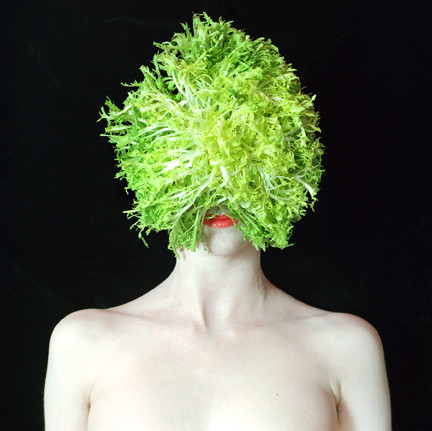 Patty Carroll has been known for her use of highly intense, saturated color photographs since the 1970's. Her most recent project, "Anonymous Women," consists of a 3-part series of studio installations made for the camera, addressing women and their complicated relationships with domesticity. By camouflaging the figure in drapery and/or domestic objects, Carroll creates a dark and humorous game of hide-and-seek between her viewers and the Anonymous Woman. The photographs are published as a monograph, Anonymous Women, released officially in January, 2017 by Daylight Books.

The Anonymous Woman series has been exhibited internationally and has won multiple awards including Carroll being acknowledged as one of Photolucida's "Top 50" in 2104. Her work has been featured in prestigious blogs and international magazines such as the Huffington Post, The Cut, Ain't Bad Magazine, and BJP in Britain. Her work has been shown internationally in many one-person exhibits in China and Europe, as well as the USA. (White Box Museum, Beijing, Art Institute of Chicago, Royal Photographic Society, Bath, England, among others.) She has participated in over 100 group exhibitions nationally and internationally, and her work is included in many public and private collections. After teaching photography for many years, Carroll has enthusiastically returned to the studio in order to delight viewers with her playful critique of home and excess. She is currently Artist in Residence at Studios Inc. in Kansas City, Missouri. Please see website: http://www.pattycarroll.com for full biography.

12 Marilyn Minter Artworks That Will Change How You See Beauty