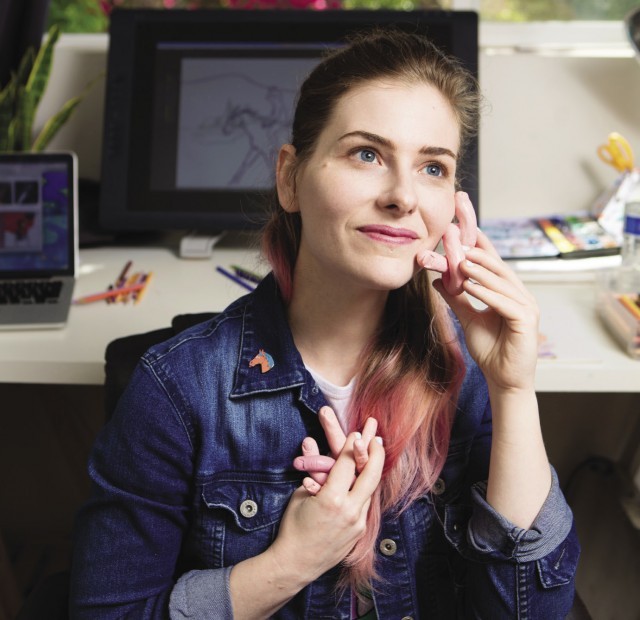 Artist and writer Lisa Hanawalt has been wowing readers with her irreverent illustrated musings since her debut book, My Dirty Dumb Eyes, made a splash in 2013. But even many of her devoted fans don’t know that this 33-year-old kickass polymath is also the person who created the entire look of BoJack Horseman—the popular animated Netflix series about a jaded horse who used to be a sitcom star. “I think a lot of people who watch BoJack don’t know that it’s me,” says Hanawalt, the series’ designer/producer. “Sometimes that’s frustrating, because I have a big ego.”

In-person, Hanawalt is as refreshingly real as she is in her work, which depicts things we all feel but rarely say aloud. This is especially true in her latest illustrated book of personal stories, Hot Dog Taste Test (out June 14), a collection all about food and the culture around it. “I find humor in everything I possibly can; it’s a coping mechanism,” says Hanawalt, who is open about her struggles with anxiety and how it informs her work. As we talk in her L.A. home studio, Hanawalt’s dog Indy (short for Indiana Jones) keeps her company while she works on animating a music video—her first. “I hate learning new stuff,” she laments, “because I’m like, ‘Oh I’ll be bad at it.’ I have days where I can’t work at all because I’m too worried it will be bad.” But she doesn’t want to be completely anxiety-free either. “A sprinkle of anxiety can be a good thing,” she says. “It inspires so many storylines because my mind is all over the place imagining every situation.”

ADVERTISEMENT
One place her mind constantly wanders is familiar territory for most of us. “I love food. I think about it all the time,” says Hanawalt, who illustrates a column for chef David Chang’s hip food mag, Lucky Peach. “It’s funny that people take food so seriously. I’m not a food writer, so when I set out to do [my column], it’s from an outsider perspective.” Similarly, Hot Dog Taste Test’s foodie highlights also come from a non-traditional point of view. (Shiraz “makes your tits itchy,” Hanawalt writes.) The book also includes some hilarious bathroom humor. “Women’s bodies are just as funny and weird and gross as men’s bodies,” says Hanawalt. “I don’t know why women are still socialized to hide all that stuff. It’s really important to me to get it out.”Case-in-point: While making BoJack Horseman, Hanawalt decided to draw a drooling dog character as female, even though the storyboard originally depicted the dog as male. The change was met with resistance, but Hanawalt stuck to her guns. “I noticed that whenever there was a gag, there were always men in the gag. [The storyboard artists] didn’t even think about it,” she says. Eventually, Hanawalt’s colleagues came around, with BoJack creator Raphael Bob-Waksberg admitting his thinking was “stupid and wrong.” And later, the disagreement became the subject of an NPR story about gender in comedy.For Hanawalt, who also co-hosts the podcast Baby Geniuses with comedian Emily Heller, the importance of women being seen as funny is about more than a two-second gag. “It’s part of thinking about women as human,” she explains. “Every day, I’m surprised by how sexist people are and this bro culture we’re living in that shuts us out and erases us.”

Check out some sweet snaps from Lisa's home studio below! 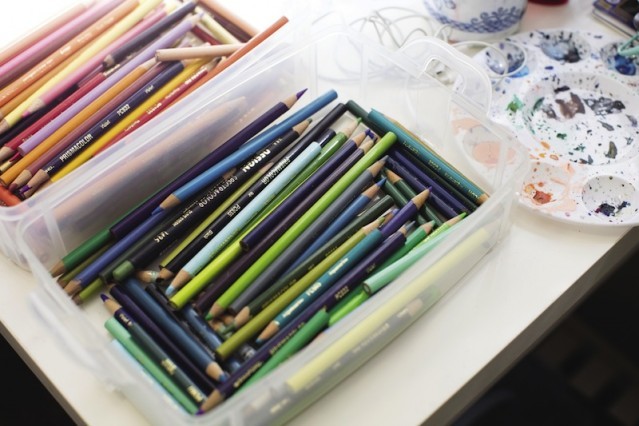 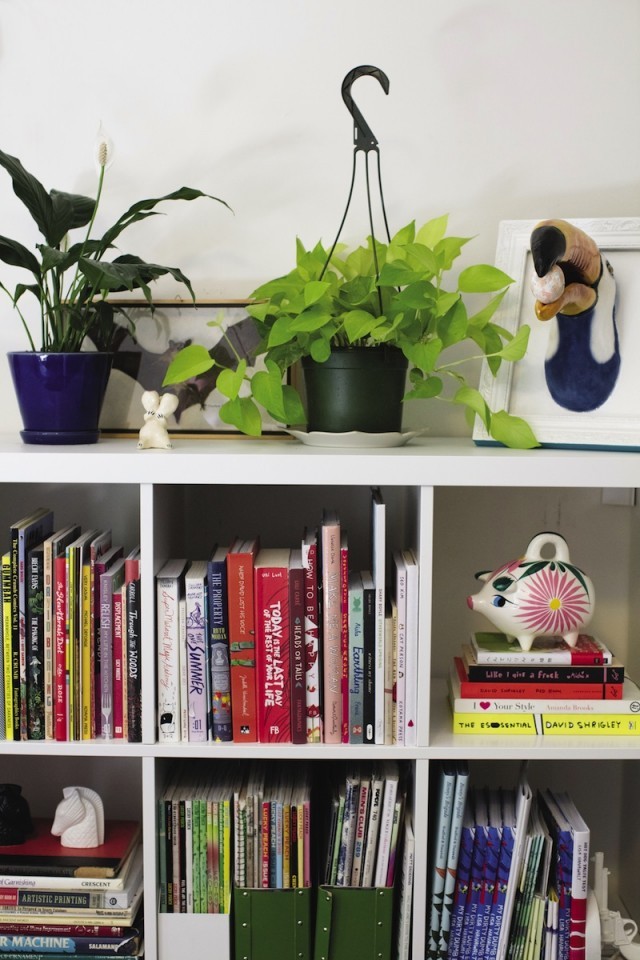 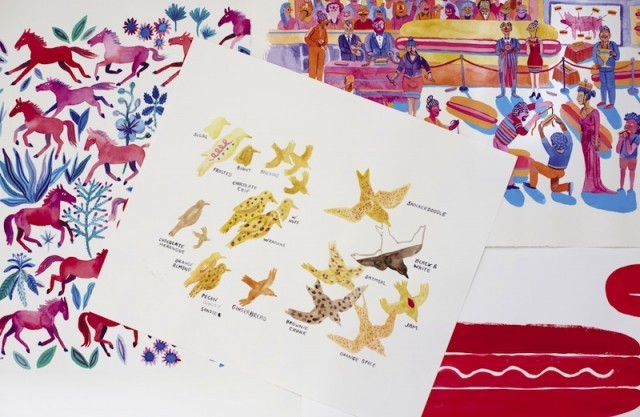 --By Sabrina FordPhotographed by Robin Roemer

This Street Artist Is Making Guerrilla Art On Her Own Terms: BUST Interview

This Illustrator Explains To Bros Why They Need Feminism