This Street Artist Is Making Guerrilla Art On Her Own Terms: BUST Interview

Details
BY BUST Magazine
IN Arts
Published: 17 May 2016 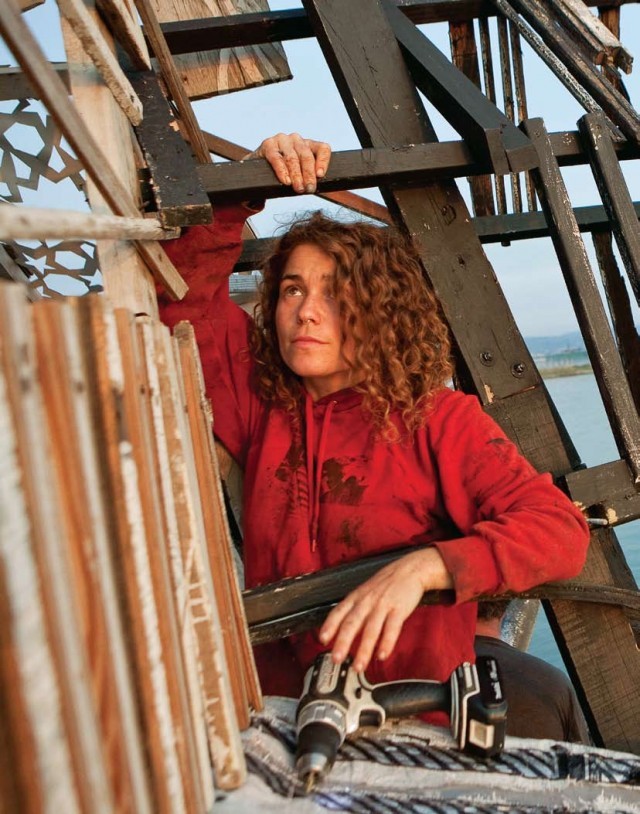 Guerrilla artist Swoon is creating oddball masterpieces on her own terms

Swoon isn't content to stay cloistered in her studio all day. Instead, the 35-year-old New Yorker has focused her energies on public art, masterminding countless graffiti pieces, sculptures, and large-scale design projects since 1999. Born Caledonia Dance Curry (thank her hippie parents for that awesome name), Swoon fell in love with art at age 10, in a painting class. “I made this oil painting on a canvas,” she says, “and I was instantly like, ‘Oh, I’ve been introduced to this whole other world, and this is my jam.’” Since then, she’s become as well known for the complex paper illustrations she wheat-pastes to city walls as she is for her ramshackle-yet-rad sculptures, which she typically creates out of salvaged materials. Swoon makes art you’re meant to stumble upon and interact with, not just stare at within the con?nes of a museum. “When you make something for public consumption, you’re gonna reach people on all different levels, people who aren’t expecting to have an art experience,” she says. “If you have that element of surprise, that experience can disarm you.” 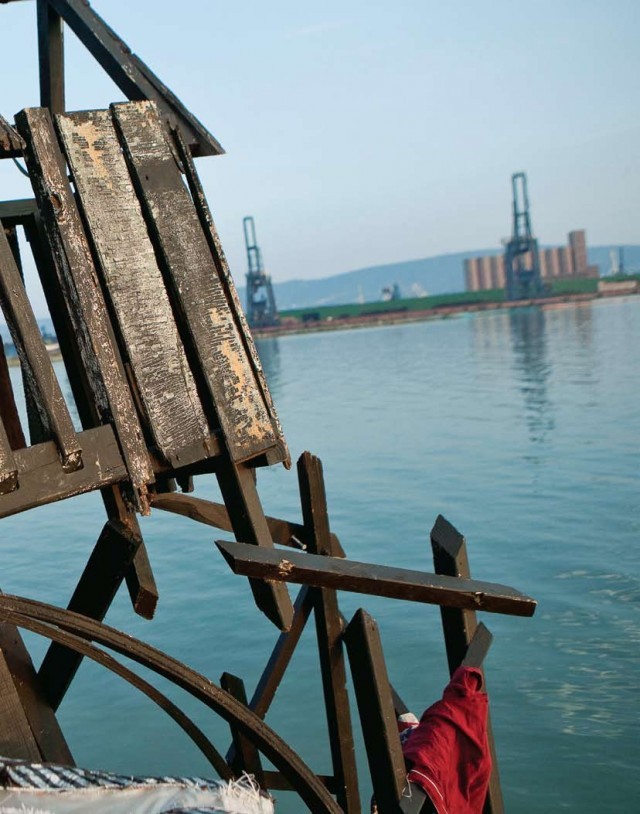 Through her genre-bending projects, such as “Swimming Cities,” the insane-looking boat sculptures she and friends hand-built from trash, Swoon has experimented with tons of different approaches and methods of construction. “That’s almost a reason to keep changing techniques—so you can keep learning and stay curious,” she says. 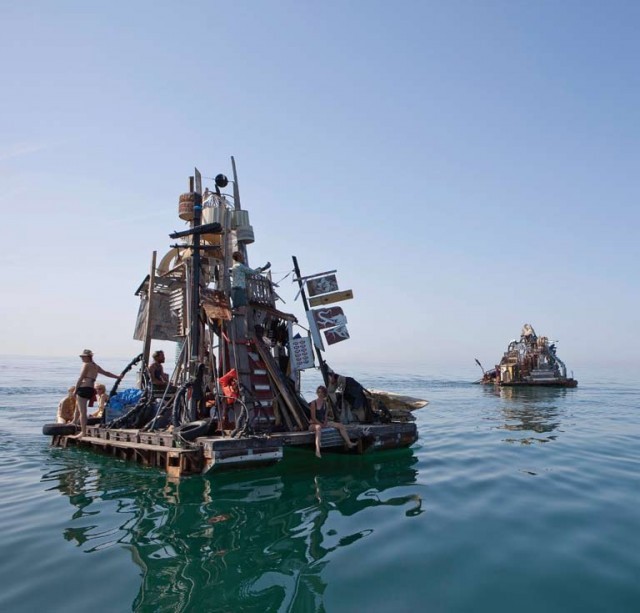 That curiosity has pushed her away from art for art’s sake and toward community-minded ventures like “Dithyrambalina”—a small “village” of wood structures in New Orleans that double as musical instruments—or the “Konbit Shelter Project,” a series of sustainable domed houses she designed in Haiti for earthquake victims. Swoon seems happy only when she’s outside her comfort zone. 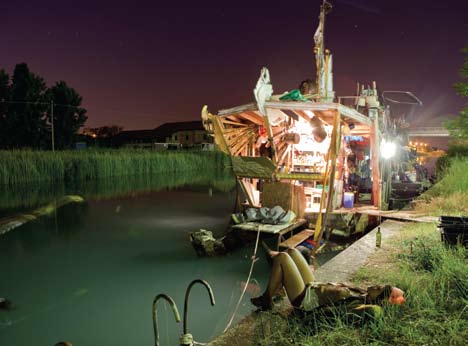 “I’m giving a talk soon where I get very deep into my family issues, and I’ve never really talked about that much. I’m fucking terri?ed out of my mind,” she says. “Then I realized that it’s the same amount of fear I used to feel—and still feel sometimes—when I’m out doing something illegal. Being that afraid means that you’re exploring something new. It’s kind of charting these waters right outside the edge of yourself. I think that’s actually an important part of my process.” 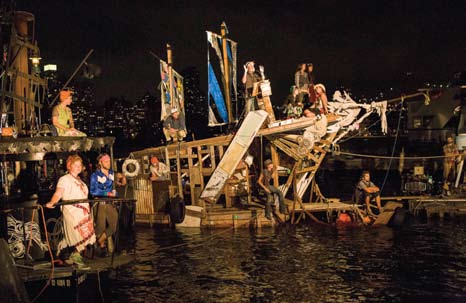 “Swimming Cities” Designed and built by Swoon and a team of artists/friends, these ?oating sculptures are made from bits of dumpster-salvaged junk. They’ve made river voyages around the world. 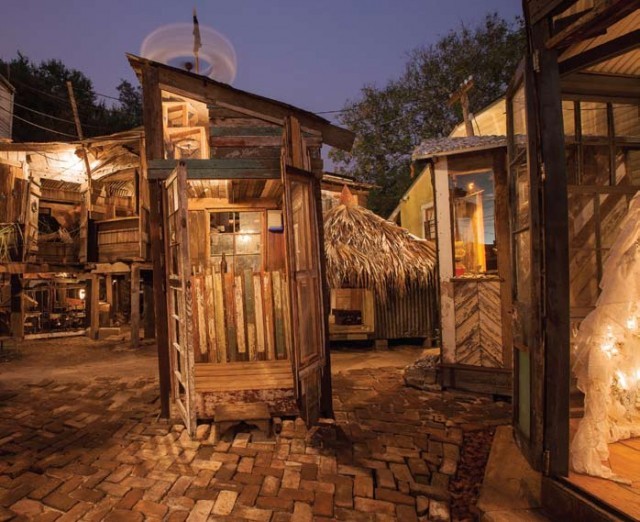 “Dithyrambalina” In 2011, Swoon collaborated with a gang of artists and musicians to erect a set of shacks in New Orleans whose ?oors, walls, and wires can be “played” to create music. 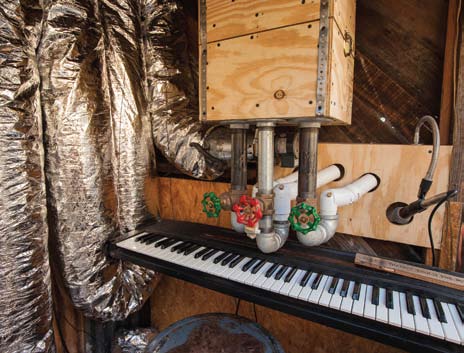 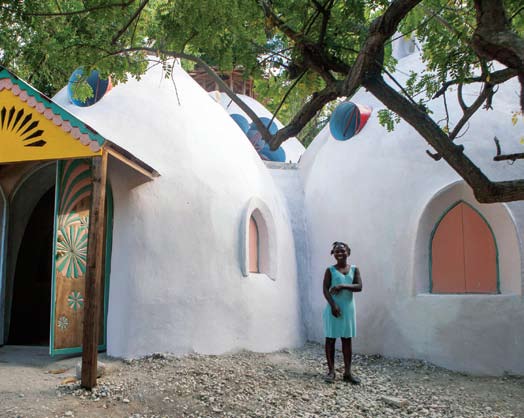 “Konbit Shelter Project” This project, which Swoon co-created in 2010, constructs sustainable, dome-shaped houses in Haiti. The structures’ framework is primarily bags of sand or clay, and no special construction equipment is required—meaning the homes can be built by locals. The team has erected two houses and a community center thus far.

All Bodies Deserve Love, And These Photos Prove It

Beyoncé’s 'Formation' Is An Ode To Black Pride

Tags: BUST interview , street art , art , Swoon , from the magazine , from the archives
Support Feminist Media!
During these troubling political times, independent feminist media is more vital than ever. If our bold, uncensored reporting on women’s issues is important to you, please consider making a donation of $5, $25, $50, or whatever you can afford, to protect and sustain BUST.com.
Thanks so much—we can’t spell BUST without U.