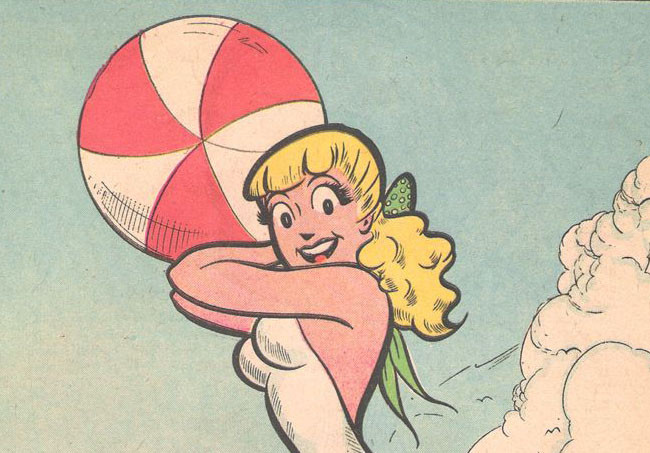 The real Betty Cooper just stood up, and her name is actually Betty Tokar Jankovich.

At 94 years old, she’s the star of “Archie’s Betty,” a new documentary chronicling the journey of one obsessive “Archie” comics fan (Gerald Peary) and one researcher (Shaun Clancy) in their search for the people who inspired the beloved characters.

The search for Betty led the intrepid duo straight to Jankovich's home in Edison, New Jersey, where her perspective shed new light on the classic strip and its illustrator, Bob Montana – her former boyfriend.

Although “Archie” first appeared in print in 1941, Betty met Montana a few years earlier when she was 18. She and her sister both worked in the Western Union Building, which was also the headquarters for M.L.J. Comics, the company that would eventually become Archie Comic Publications. She and her sister Helen met Archie and his friend Henry Lucey and began to double-date.

“We work in the same building and you’re very nice-looking men, so why not?” Jankovich said, she told The New York Times.

In a comic book-worthy plot twist, everyone switched partners. Helen and Henry Lucey dated and ended up getting married, but Betty and Archie didn't last long.

"I really liked him, but I didn't think I would be much of an asset to his career, because of my background," she said. "I felt I wasn't educated enough for him. We broke up and went our separate ways."

Real-life happy endings are rare, but even now, Betty is happy she dumped Montana.

“I married a very nice young man. It turned out beautifully,” Jankovich said.

Yaaas. Get yours, Betty.

Tags: Archie , archie comics , comic books , betty cooper , betty jankovich
Support Feminist Media!
During these troubling political times, independent feminist media is more vital than ever. If our bold, uncensored reporting on women’s issues is important to you, please consider making a donation of $5, $25, $50, or whatever you can afford, to protect and sustain BUST.com.
Thanks so much—we can’t spell BUST without U.