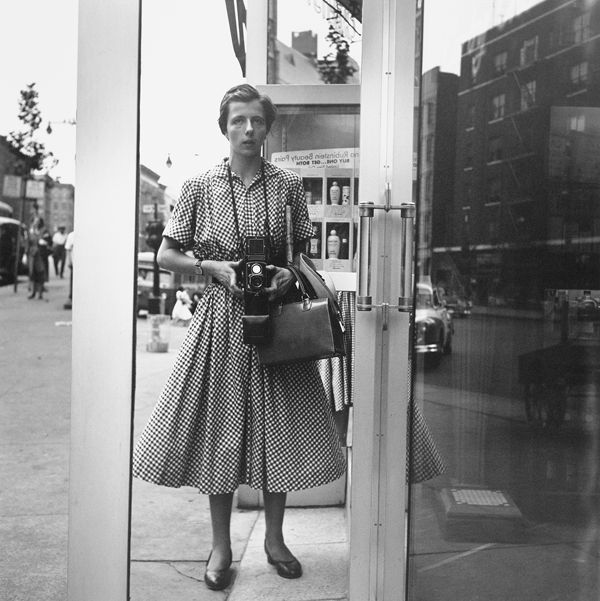 At the time of her death in 2009, Vivian Maier was known only as a lifelong nanny and secretive loner. Today, she is hailed as one of the most important photographers of the 20th century.

It's a miracle that street photographer Vivian Maier’s remarkable work ever saw the light of day. A career nanny who worked primarily in the affluent suburbs of Chicago for 40 years, starting in the 1950s, Maier took hundreds of thousands of pictures with her Rolleiflex camera. But although she kept all her negatives carefully archived in hundreds of boxes, struggling to carry and store them whenever she changed jobs, she rarely ever printed them and never showed them to anyone. 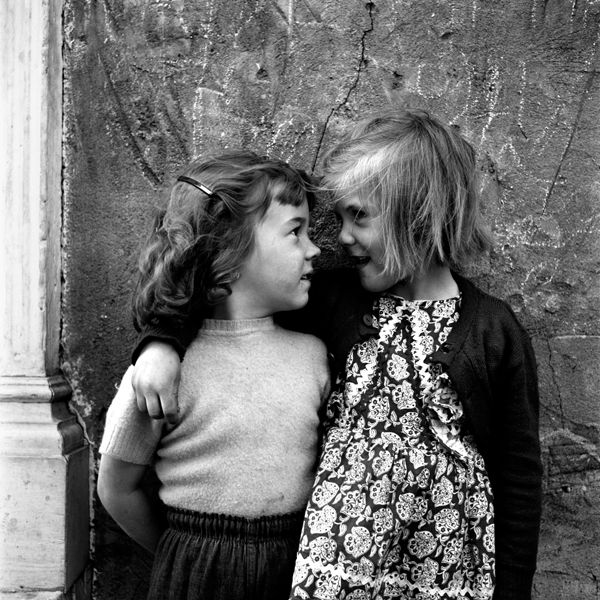 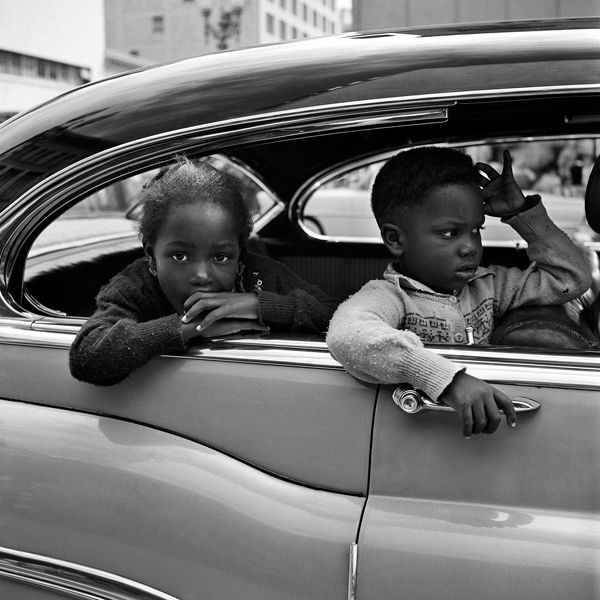 Any public interest in Maier stems directly from a repossessed storage unit and a young man named John Maloof. In 2007, Maloof, then a real estate agent, bought film negatives from the storage unit at a Chicago auction house. He started developing the images and realized he’d found treasure—cityscapes so moving, he was inspired to take up photography himself. It wasn’t until 2009 that he was finally able to put a name to the amazing body of work when he spotted Maier’s signature on an envelope among her possessions. Maloof Googled her and found an obituary only a few days old—she’d just died, at age 83. Convinced that he had discovered an irrefutable master of modern photography, Maloof says he contacted all the gatekeepers of the art establishment, from gallery owners to museum curators. But without any prints made by the artist herself, they all told him, “Good luck.” Undeterred, he posted 100 of Maier’s images to the photo-sharing site Flickr.com, and the rest is art history. 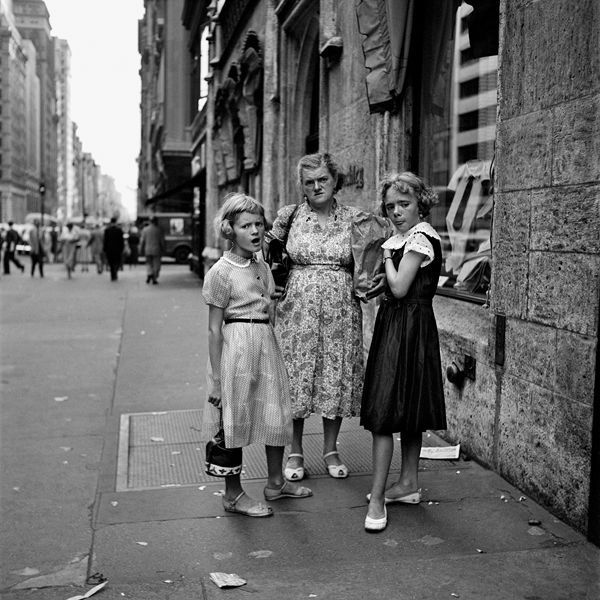 The Flickr set immediately went viral, resulting in a watershed moment for Maier’s riveting work. Her photographs have since been exhibited internationally, they’re avidly sought by collectors, and they’ve been published in two books edited by Maloof, Vivian Maier: Street Photographer and Vivian Maier: Self-Portraits (both from powerHouse Books). The New York Times ranked her alongside “the great American midcentury street photographers.” And The Wall Street Journal agreed, comparing her with established visionaries Lisette Model, Leon Levinstein, Harry Callahan, Garry Winogrand, Weegee, Helen Levitt, and Robert Frank. Interest in the artist is sure to spike again in April when Finding Vivian Maier, a deeply fascinating documentary co-directed by Maloof and veteran producer Charlie Siskel, is released. 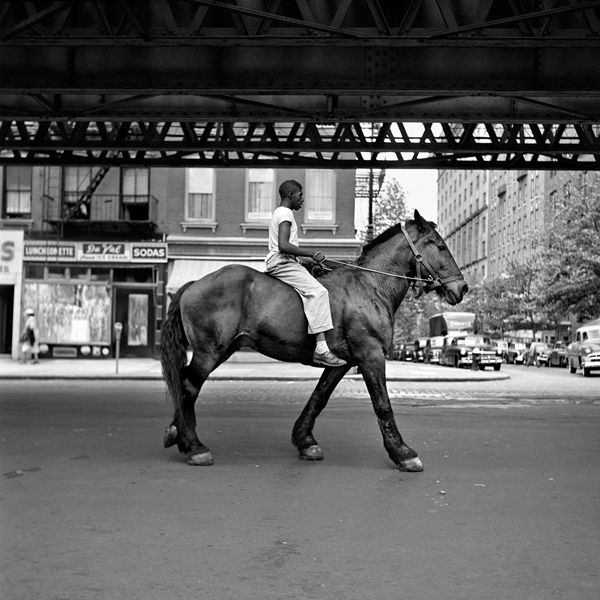 To make the film, Maloof tracked down Maier’s former employers and the now-grown children she once cared for. Their memories create a complex portrait of the artist: some remember her as a “Mary Poppins” who “dressed like a Soviet factory worker” and took sheltered suburban kids on adventures in the big city. To others, she was a frightening figure from their past. “Everybody said she was a mysterious person, very private, very paranoid,” says Maloof. “People found her fascinating. When it was brought to their attention that she was a great artist, something clicked. But nobody knew anything about her past. She lived in their homes, but she had a deadbolt on her door.” 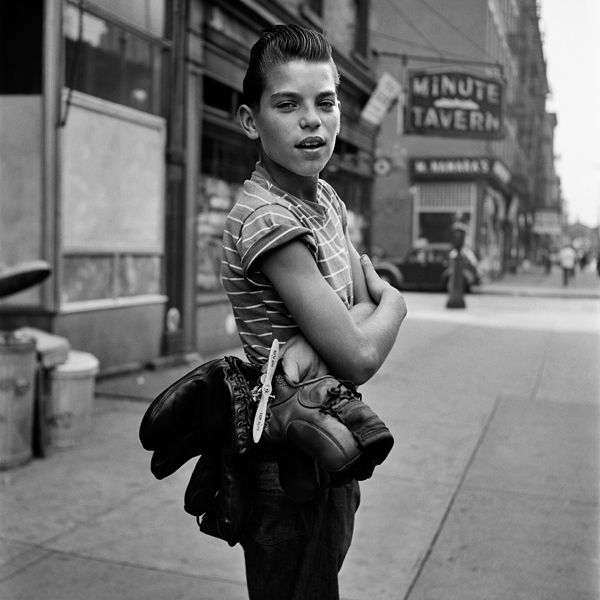 Through meticulous detective work, Maloof arguably knows more about Maier now than anyone in her own lifetime did. And though he concedes the secretive artist “would not be OK” with his documentary, he sincerely hopes “she might be happy” with his discovery of her work and subsequent quest to exhibit it. “A lot of artists have a compulsion to create,” he says. “She had that compulsion, but most artists also get feedback. She didn’t get any. Her creative compulsion just grew and grew. She took excellent photos to satisfy her own thirst for her art.”

This article originally appeared in the April/May 2014 issue of BUST.  Subscribe!

Tags: Photography , chicago , art , from the magazine , Vivian Maier , photos , art history , street photography
Support Feminist Media!
During these troubling political times, independent feminist media is more vital than ever. If our bold, uncensored reporting on women’s issues is important to you, please consider making a donation of $5, $25, $50, or whatever you can afford, to protect and sustain BUST.com.
Thanks so much—we can’t spell BUST without U.