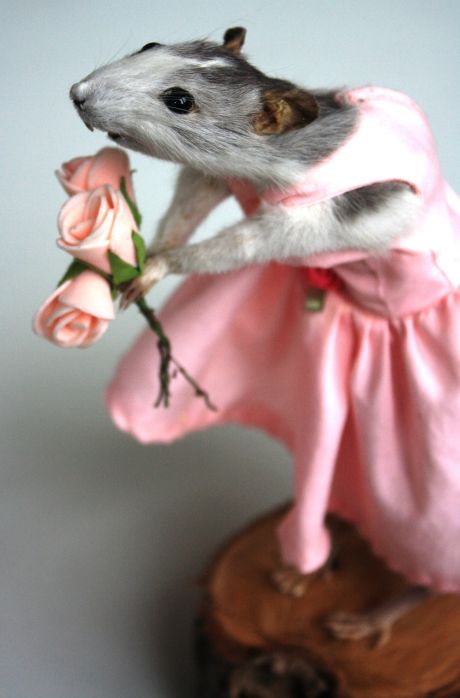 Self-taught taxidermist Nicola Hebson has been doing taxidermy for approximately two years. She decided to take up the craft after pondering how she could make use of her collection of natural objects, and is now is on course to help others take up her unusual craft. The 23-year-old, who runs her own taxidermy business, is launching a "Taxidermy for Beginners" class at her local Museum in Blackburn, England. 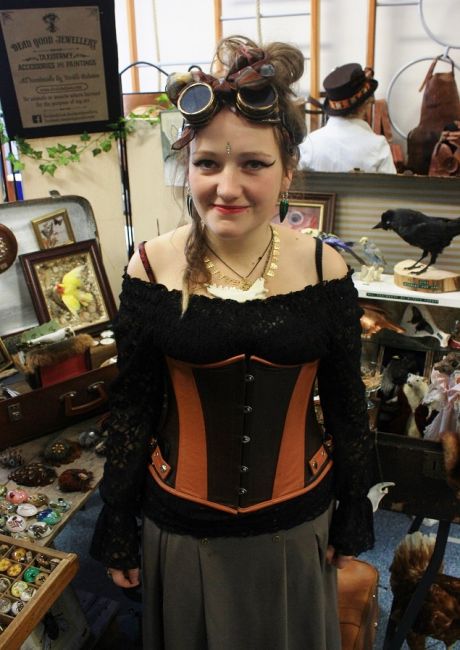 As a committed vegan and animal lover, Nicola might not appear to be the most likely person to take to taxidermy. However, she only uses roadkill or pets that have passed on and says she believes it’s a lot more ethical than something like say killing animals for meat.“I want my work to start that debate,” she says.“How is it any worse than say advertising burgers for sale and the mass slaughter of those animals?” 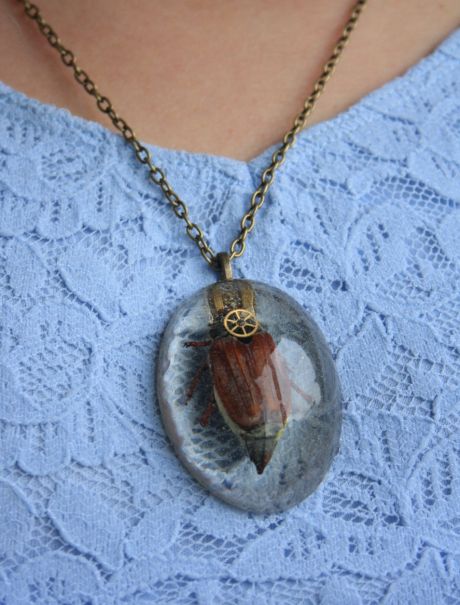 Nicola, who studied Fine Art at University, will be giving her taxidermy trainees the opportunity to stuff a mouse and anthropomorphize it (i.e give it human accessories like a top hat and cane!).Those who attend the "Taxidermy Tuesday" lessons will learn the basics of the craft in the beautiful surrounds of the Victorian museum, which has its own large display of taxidermy. 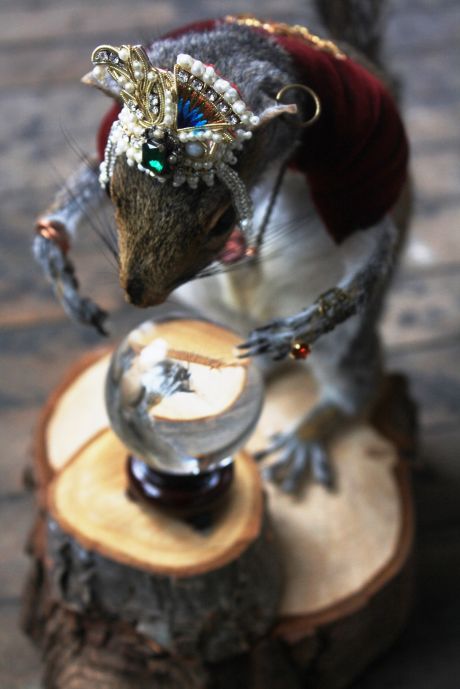 The woman's history is fascinating and quite beautiful. Interested in nature from a young age, Nicola had always collected feathers and bones and had even been given a blackbird by a friend. She admits her first attempt was a "disaster;" she was informed by a mixture of internet research and a memory of school biology lessons. However, it was a lot less gruesome than she had expected and was actually quite a "delicate process." So far she has stuffed rats, mice, birds-- including an owl and even a degu (like a chinchilla), a deceased pet of a friend.

She also makes taxidermy inspired jewellery and was even asked on stage at a Russell Brand gig to present him with a piece.  Nicola ,who sells her work at festivals and is particularly popular with the steam punk fraternity, says she hopes to soon take the next step from her online etsy shop.With the support of the Blackburn is Open Scheme, which supports entrepreneurs, she is aiming to open her own shop. Particularly poignant is that her profession follows in the footsteps of her great grandfather, Andrew Hebson, who was a tanner and leatherworker in the town.“It’s almost like it’s my path in life to carry on that journey," she says.

Tags: animals , England , England , museum , taxidermy , mice , nicola hebson , blackburn
Support Feminist Media!
During these troubling political times, independent feminist media is more vital than ever. If our bold, uncensored reporting on women’s issues is important to you, please consider making a donation of $5, $25, $50, or whatever you can afford, to protect and sustain BUST.com.
Thanks so much—we can’t spell BUST without U.