Details
BY Francesca Volpe
IN Blog 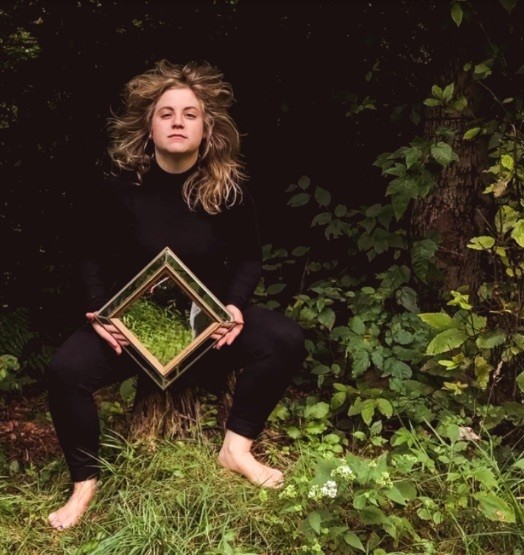 After ten years working behind the scenes in the music business for artists such Tori Amos, Meshell Ndegecello, Santigold, Kaki King and more, Hudson Valley-based multimedia artist and singer-songwriter, Carter Lou McElroy aka Cyote emerges with her debut single and video, “Red." Punctuated by resonant guitars, sultry vocals and militant drums, “Red” is seductive but not without risk– treading the line between hope and truth.

“After a nearly decade-long love affair with this sultry city, the lure of it still has its hold on me,” Cyote told BUST. “Red is an illustration of that push and pull – the dark hustle, the sweetest of rewards, a true love and a heartbreaking loss. I’m addicted to its endless amount of possibility yet am terrified of its absolute uncertainty at all times.”

“Red” was animated by Ben Marlowe whose award-winning work has been featured at the Metropolitan Museum of Art and the Las Vegas Film Festival. The track was mixed by New York-based musician, producer and performer, Erik Altemus, who is best known for his work onstage as an actor in various Broadway shows.
To keep up with the latest from Cyote, you can follow her on Instagram @_cyote_ and Mon Amie Records.