Here at BUST, the season of love is upon us. And to celebrate, we’ve got a cover girl we absolutely adore—The Daily Show’s hilarious Jessica Williams! Inside, we’ve got an exclusive interview with audacious “bad bitch” Amber Rose, a surprising look at the dangerous “beta uprising” movement, a true story of a woman dealing with a transitioning ex, and a peek at the future of male contraception. 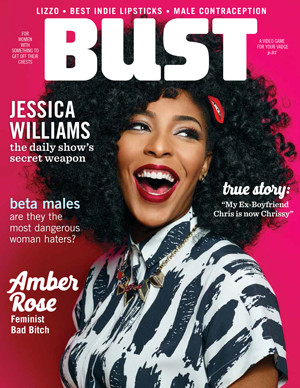 And get ready for even more tasty tidbits, including:

*A trivia tribute to Hillary Clinton

*A hot cup of Shawn Fleming from Diane Coffee 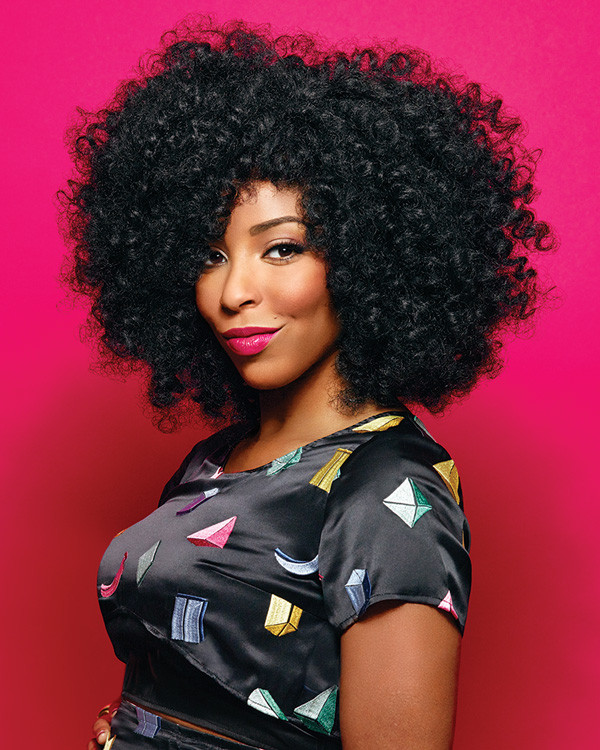 My Ex-Boyfriend’s Name Is Chrissy
One woman’s story of reevaluating her romantic past after finding out the truth about a lost love. By Hallie Lieberman

A Week With Woolful
A slice of life from fiber maven Ashley Yousling’s Idaho sheep-farm Shangri-la. ?By Lisa Butterworth

Everything’s Coming Up Rose
In her new memoir, rapper/model/actress Amber Rose reveals a lot more than just How To Be A Bad Bitch. By Erika W. Smith

The Hotness: Watch this, read that, go everywhere. By Emily Rems

Pop Tart: The case for reclaiming “hussy.” By Tangerine Jones

Bra-ometer: Feminist news at a glance. By Solange Castellar

Around the World in 80 Girls: Catch some rays in Phoenix, Arizona. By Teresa Traverse

Music Reviews; plus the return of Yoko Ono!

Movies The Witch was Touched With Fire by Pride and Prejudice and Zombies.

New developments in male contraception; measure your Kegel power with you smartphone; and more.

Questions for the Queen Hysterectomies and sexual pee. By Dr. Carol Queen